Fans hope for Bucks in Six with series tied

There was plenty of excitement the Deer District Sunday, with fans happy the Bucks fought their way back here at home after being battered and beaten in Brooklyn.

MILWAUKEE - A fire alarm forced the evacuation of Fiserv Forum Sunday, June 13 shortly after Game 4 between the Milwaukee Bucks and Brooklyn Nets ended in a Bucks win.

FOX6 crews on scene said the fire alarms were sounding in the building, and those inside, mostly just media taking part in post-game interviews, were evacuated.

After a short time outside, the "all clear" was given and everyone was allowed back in.

"A mechanical issue in the administrative offices at Fiserv Forum triggered the alarm. Although the building was evacuated for precautionary reasons, there was no fire."

Before that brief commotion, there was plenty of excitement the Deer District, with fans happy the Bucks fought their way back here at home after being battered and beaten in Brooklyn. 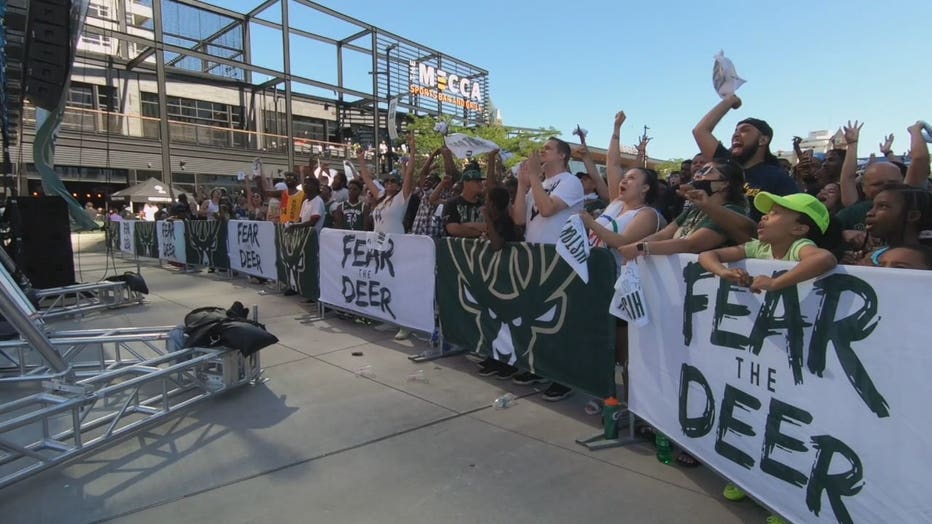 Some fans said they actually prefer watching the game on the plaza, a feeling directly tied to the energy during Game 4, with fans lining up hours before tip-off just to be in front of the big screen. From there, it was a back-and-forth balance of highs and lows as their beloved Bucks defended home court.

In the shadows of Fiserv Forum, there was pride, passion and potential during every possession, and Bucks fans said they wouldn't have it any other way.

"I genuinely think that once the Bucks start doing well, it's... I don't know," said Rachel Hofmann. "The vibes are immaculate."

The Deer District again hosted thousands of fans Sunday afternoon, providing a welcome boost in business and the opportunity for renewed camaraderie among fans.

"I think Milwaukee is dying for this, and we're dying for a championship," said Dylan Christman. "We wanted it last year. We wanted it the year before. This is our year. It's over. We got it."

"This is love, man. Everybody gets along, no arguing, no fighting," said Wanda Kimble. "Everybody came together. Bucks fans have the number 1 in this city. We represent well."

Because with the series tied at two a piece, there's hope the Bucks are a game closer toward making history. 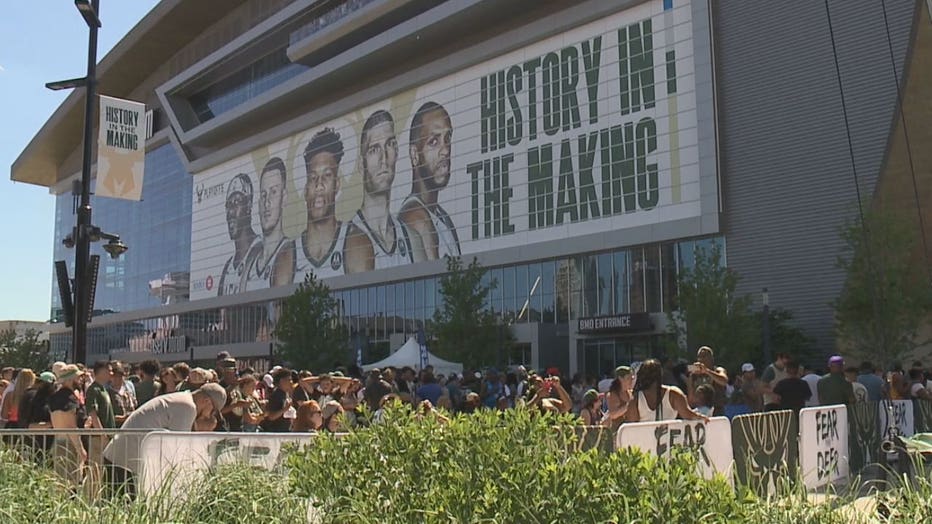 "They been training so hard that they rise up top," said Lorenzo Brown. "Everybody say, 'Go Milwaukee Bucks!'"

Fans said they're happy to be a part of it whether they have a ticket or not.

"I don't care if it's either Thursday night or Friday night," said Tony Wrencher. "It comes back to Milwaukee and this city will be ready."