The governor at the time, Republican Phil Bryant, texted in 2019 with Favre, who wanted to build an indoor practice facility for the University of Southern Mississippi’s football team. Bryant told him federal money for children and low-income adults is "tightly controlled" and "improper use could result in violation of Federal Law."

Text messages between Bryant and Favre are in court documents filed Friday by Bryant’s lawyers, which seek to show the governor was willing to help Favre raise private money for the volleyball facility starting in 2017 and was unaware for more than two years that welfare money was going to the project. 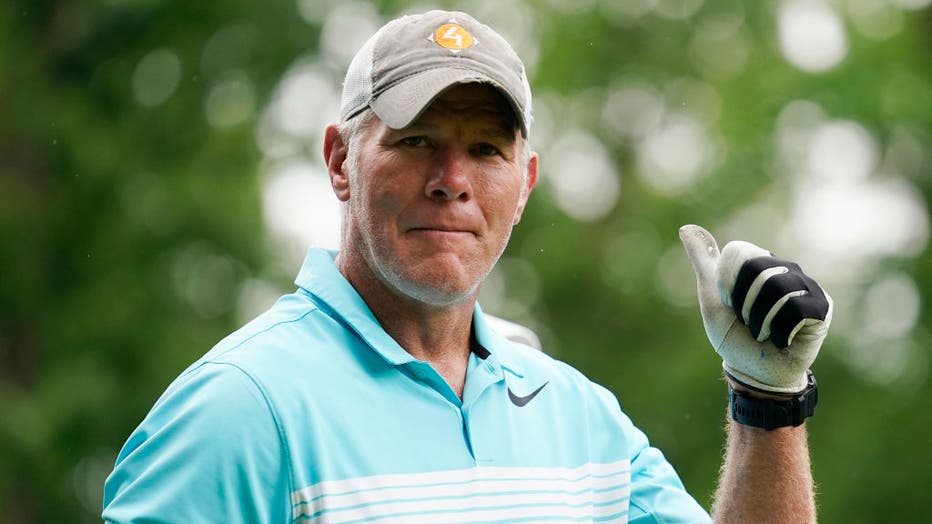 The state has filed a civil lawsuit against Favre and others to recover more than $20 million in misspent welfare money intended to help needy people in one of the country's poorest states. Bryant and Favre are not facing criminal charges, and Bryant is not among those named in the state’s civil lawsuit.

A former director of the Mississippi Department of Human Services, John Davis, pleaded guilty Thursday to federal and state felony charges in a conspiracy to misspend welfare money. Davis was appointed by Bryant in February 2016 and fired by him in July 2019. Davis has agreed to testify against others.

Attorneys for a nonprofit organization being sued, Mississippi Community Education Center, sent a subpoena to Bryant in late July, seeking communication between the former governor and any other person about the volleyball arena.

The nonprofit was run by Nancy New and her son, Zachary New, who in April pleaded guilty to state charges of misusing welfare money. They also agreed to testify against others.

In the court filing Friday, Bryant objected to producing documents unless it was under a protective order to prevent public release of the contents. 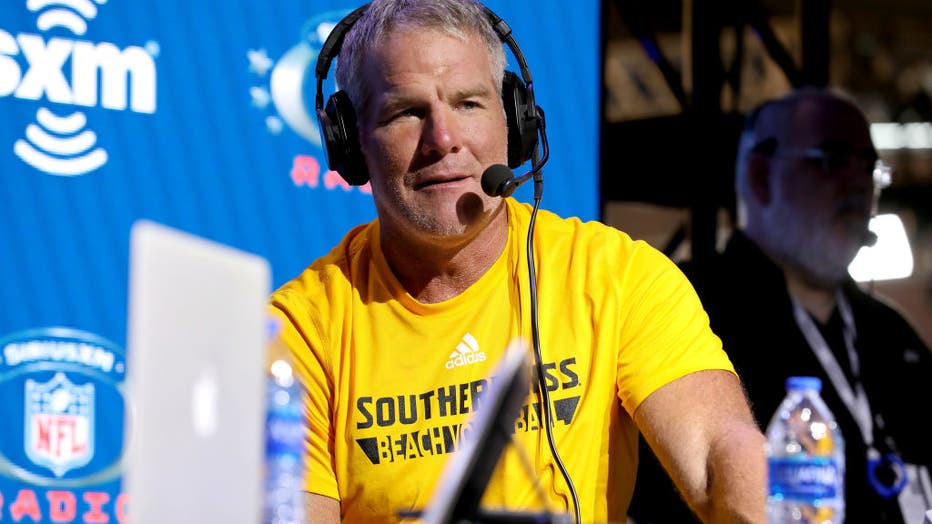 "This motion was brought in bad faith and solely to annoy, embarrass, and oppress Governor Bryant because he refused to turn a blind eye to the crimes perpetrated by New and Davis," Bryant's attorneys wrote.

Favre's request for money from the Mississippi Department of Humans Services to fund the football facility went nowhere. Favre made the request July 28, 2019, as he was unsuccessfully trying to recruit the son of another retired NFL player, Deion Sanders, to the university in Hattiesburg.

Favre played football at the University of Southern Mississippi before going to the NFL in 1991. Bryant and New are also alumni, and Favre wrote to Bryant that having an indoor practice facility would give the football program "instant credibility."

Favre’s daughter started playing volleyball at the university in 2017. The new court papers said Bryant first learned Favre was trying to raise money for a volleyball arena on April 20, 2017, when Favre texted the governor to say he and his wife, Deanna, were building the facility. 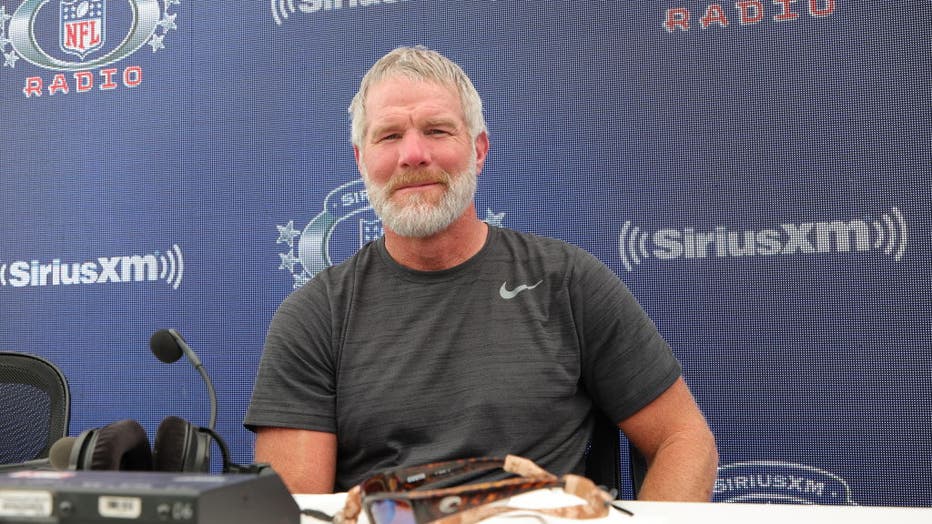 "I need your influence somehow to get donations and or sponsorships," Favre texted Bryant. "Obviously Southern has no money so I’m hustling to get it raised."

The documents said Bryant replied a few hours later, "Of course I am all in on the Volleyball facility. ... One thing I know how to do is raise money.'"

In July 2017, Favre texted Bryant about the volleyball facility again, asking "if we can find a contractor that would say hey rather than give you money I’ll build for free!! Maybe you know of someone."

Bryant replied he was "all over it."

"It is important to note that, in these early text messages, Favre never mentioned the use of public funds, much less the use of TANF funds for the construction of the facility," Bryant's attorneys wrote Friday. "At this time, the discussions between Favre and Governor Bryant were focused on private donations and corporate sponsorships."

In July 2017, court records show Davis and Nancy New met about using welfare money to fund the volleyball arena, with Davis committing $4 million. New's nonprofit later paid Favre $1.1 million for speaking engagements to help him pay for the arena. Favre never made the speeches and later repaid the money, although he has not repaid $228,000 in interest.

Bryant's attorneys wrote that the governor first learned Human Services was involved with funding the volleyball arena in a text message he received from Favre on July 16, 2019. "I want you to know how much I love Nancy New and John Davis," Favre wrote. "What they have done for me and Southern Miss is amazing."

Favre wrote there were plans to do workshops and youth clinics in the volleyball facility with a program run by Nancy New. 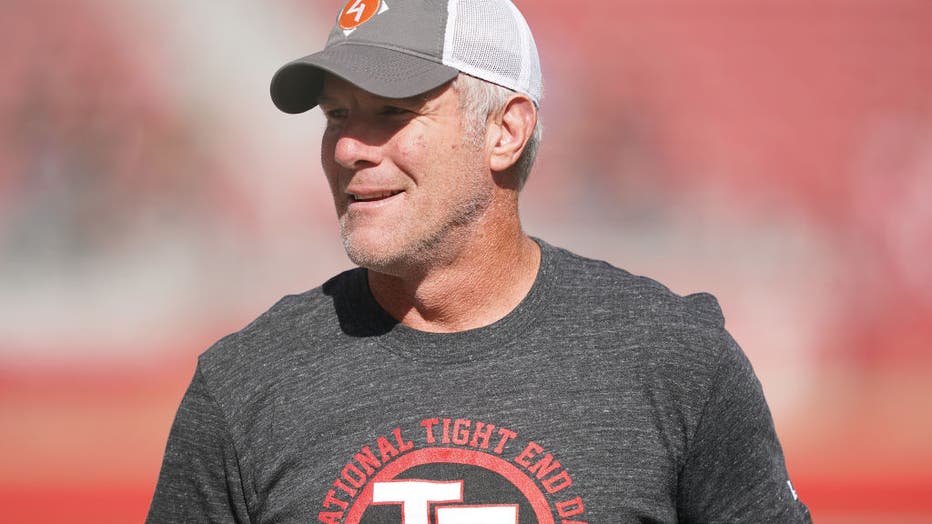 "And also I paid for 3/4 of Vball facility and the rest was a joint project with her and John which was saving me 1.8 million," Favre texted Bryant. "I was informed today that she may not be able to fund her part. I and we need your help very badly Governor and sorry to even bring this up."

Bryant’s attorneys wrote that "Favre began a campaign to aggressively lobby the governor to help him cover the debt on the USM Volleyball Center." They also wrote Favre had not paid for three-quarters of the construction costs, and Human Services committed more than $1.8 million to the project.

According to Friday's court documents, Bryant and Favre met Sept. 4, 2019, with the new Department of Human Services director, retired FBI agent Christopher Freeze. Favre texted Bryant after the meeting: "We obviously need your help big time and time is working against us." Favre also mentioned the volleyball facility could be named for Bryant, who was in his final months as governor.

Bryant responded: "We are going to get there. This was a great meeting. But we have to follow the law. I am to old for Federal Prison." He added a smiling emoji with sunglasses.