LAS VEGAS - Darrell Thompson was a stud college football player out of Minnesota in the late 1980s and was the first-round pick of the Green Bay Packers in the 1990 NFL Draft.

Thompson only played in the NFL from 1990 to 1994 after suffering injuries that hampered the length of his professional career. In his last few seasons, he played with Brett Favre, Sterling Sharpe and Reggie White.

Green Bay selected Thompson with the No. 19 pick of the draft. He was selected two picks after Hall of Famer Emmitt Smith. He was also in the same first-round class as other Hall of Famers Cortez Kennedy (No. 3) and Junior Seau (No. 5). 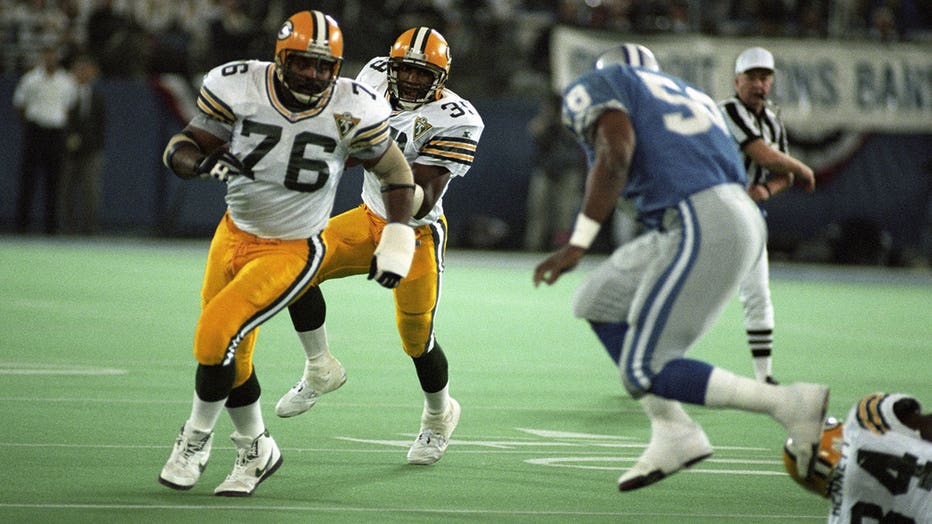 Thompson told Fox News Digital in a recent interview he wasn’t sure what team would pick him but thought it was definitely going to be in the middle of the first round.

"At the time, we didn’t have the technology we had now but there still was a tremendous sense of anticipation," he said. "I think everyone knows within 10-12 spots of where you’re going to be picked. I was blessed to be a first-round draft choice, so I had around 10 spots where I felt like I would be somewhere between like Nos. 15 and 25 or something like that. That was kind of where I felt like I was almost positive that I was going to go. There’s just this wonderment. I was like am I going to be a Chief? Am I gonna be a Raider? Am I gonna be a Packer? Am I gonna be a Bear?"

Thompson said he didn’t exactly want to play near his hometown of Rochester, Minnesota, because he wanted to experience different things in different cities.

"It was really a sense of wonderment and curiosity and excitement. Just like, man, I can’t believe all this work from the hills I started running when I was probably like 14 years old to the time I’m like 20, which seems like an eternity. But it’s working, it’s worked. My body and my time and my body of work and a little bit of luck and hard work ... it paid off."

Thompson said he wasn’t certain it was going to be Green Bay that chose him.

"I thought they were on the radar but I wasn’t sure. I really thought that I might be a Dallas Cowboy. The Kansas City Chiefs, other than them, I really thought was very, very interested in me at that point. There was more of a void there because Dallas ended up taking Emmitt Smith early in the draft so I think I dropped off," he told Fox News Digital. 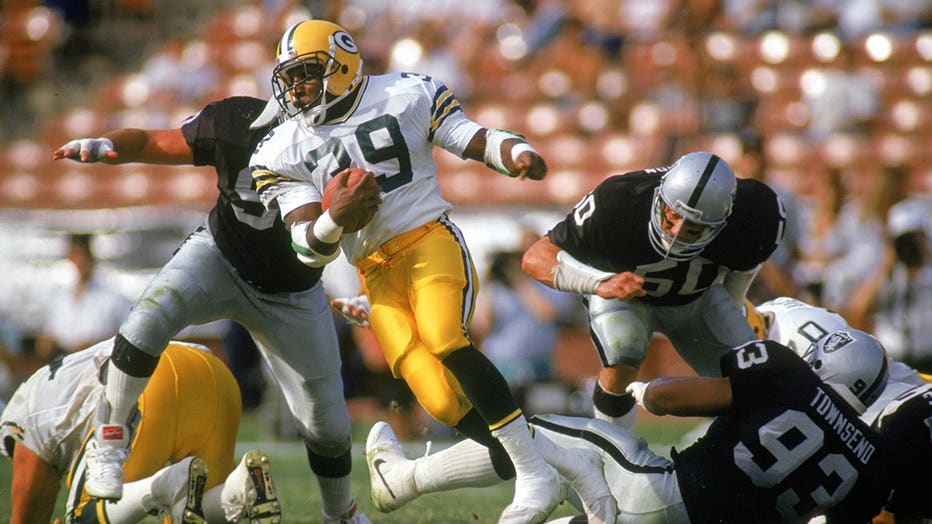 Darrell Thompson of the Green Bay Packers carries the ball against the Raiders in Los Angeles, California, during the November 1990 season. (Bernstein Associates/Getty Images)

"I wasn’t really sure because they didn’t have a lot of people touching base with a lot of other teams. The Chiefs and a lot of other teams had say, 'Hey I want to make sure I got your home phone number, I don’t wanna use your agent.' And the Packers didn’t do that. They just said, ‘OK, well we’ll see,’ and then I got the call from Lindy Infante."

Infante was the head coach of the Packers. He was with Green Bay for the 1990 and 1991 seasons when Thompson was on the team but Mike Holmgren would take over by the 1992 season.

Thompson said there was nothing like getting the call from Infante.

He added he was more excited than nervous when he was the Packers’ first-round selection. He said he was excited to have the opportunity.

"Not really. I think part of that may be I should’ve felt more, but I already was really blessed and had a really successful college career. I didn’t feel nervous," he said. "I was excited about the opportunity. I really thought it was going to be better than it turned out. OK, it could have been a lot better, but it still was a tremendous opportunity. I didn’t really feel any pressure until later in my career. … In the beginning, I was just really excited about being there and having the opportunity to play and just wanted to try to learn and get on the field."

Thompson now serves as a secretary for the Pro Football Retired Players Association Board of Directors. Since retiring from the NFL he’s served as the president of Bolder Options – a nonprofit organization that provides wellness-based mentoring for middle schoolers. 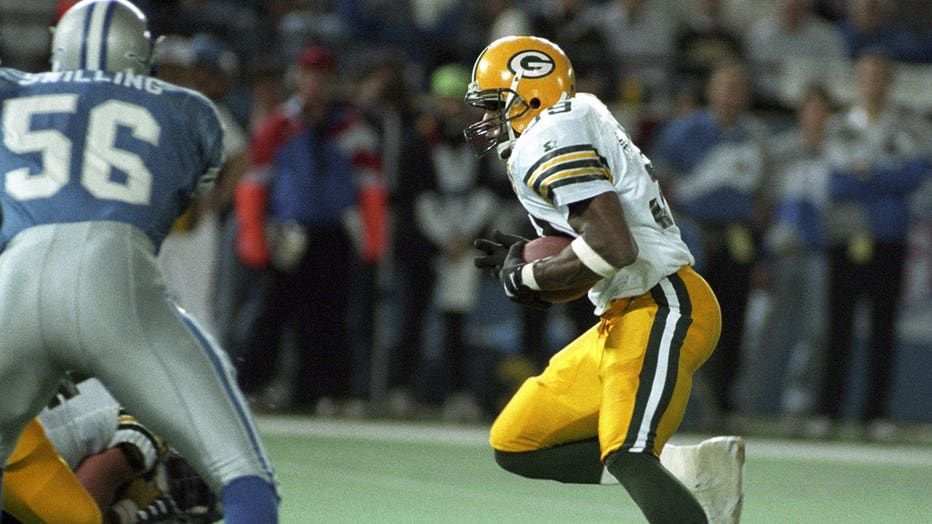 He told Fox News Digital the next crop of young players should savor their draft moment for as long as they can.

"My No. 1 advice would be to take it in and actually appreciate it. I kind of did and I didn’t. I have as I gotten older, like the middle of my career – second or third year – I was like no one’s doing this. None of my friends are doing this. … Take it in, enjoy the moment. And then also, learn. There are guys there that know so much – from your coach to other people that play your position," he said.

"Finally, last but not least, save your money. You’re not going to make this type of money doing anything else. Almost nothing else that you can do will earn you this type of income."