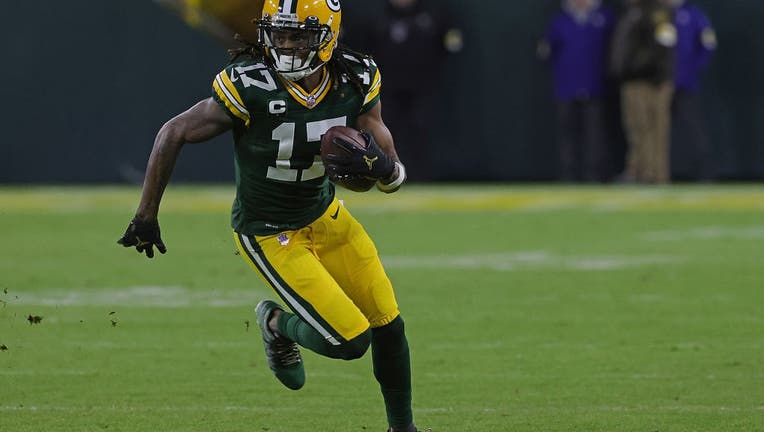 GREEN BAY, Wis. - The Green Bay Packers placed the franchise tag on Davante Adams last week, but if the team wants the All-Pro wide receiver to be a contributor this season, they will need to commit to a long-term deal.

Adams told the organization that he won’t play on the franchise tag in 2022, the NFL Network reported on Monday. The sides are reportedly far apart on negotiations, and it’s unclear if they will come to a deal this week when the legal tampering period and free agency begins.

If Adams were to play on the franchise tag this season, he would make $20.145 million, which would make him the third-highest paid wideout in the NFL, behind only the Arizona Cardinals' DeAndre Hopkins ($27.25 million) and Tennessee Titans' Julio Jones ($22 million).

The franchise tag was placed on Adams after the Packers gave quarterback Aaron Rodgers a massive extension. Rodgers’ deal freed up cap space, so the Packers could keep Adams at roughly $18.4 million in 2022, but the wide receiver wants a long-term contract extension.

The Packers could roll the dice, but they would risk their best offensive weapon sitting out.

Last season, Adams hauled in 123 receptions for 1,553 yards with 11 touchdowns. He became the sixth player in league history to record at least 120 catches, 1,500 yards and 10 touchdowns in a single season.