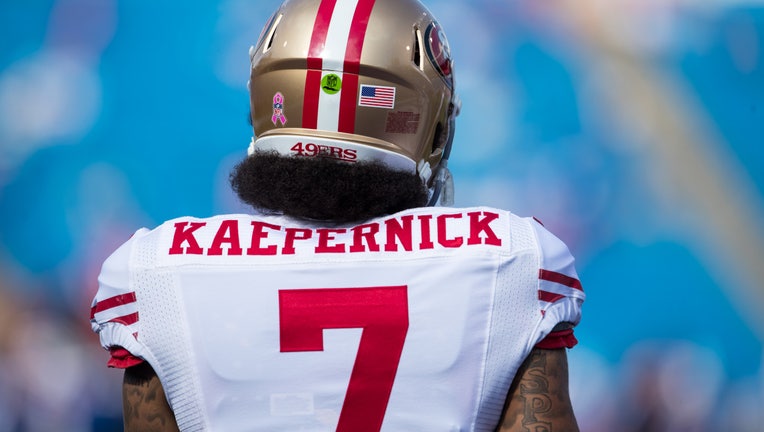 Colin Kaepernick has not played in a single game in the NFL for nearly four years but a piece of memorabilia with his name on it set a record at auction Friday night.

The jersey Kaepernick wore in the first NFL game he played with the San Francisco 49ers in 2011 sold for $128,000 at Julian’s Auctions. It’s the most money an NFL jersey has ever sold for, according to TMZ Sports. The winning bidder has not been revealed.

San Francisco selected Kaepernick in the second round of the 2011 NFL Draft out of Nevada. He appeared in three games during his rookie season.

Week 4 against the Philadelphia Eagles in 2011 was his first appearance and all he did was hand the ball off to Frank Gore. He was 3-of-3 passing against the Tampa Bay Buccaneers in the following week during a blowout victory. Then, he appeared in Week 12 against the St. Louis Rams.

Kaepernick didn’t really burst onto the scene until he took over for an injured Alex Smith during the 2012 season. He led San Francisco to a Super Bowl that year and was a play away from defeating the Baltimore Ravens in that game.

Kaepernick hasn’t played in a game since Jan. 1, 2017. The controversy surrounding Kaepernick’s kneeling protest during the national anthem appeared to have kept teams away. However, he’s posted on social media multiple times letting NFL teams know that he’s stayed ready and is waiting for their call.