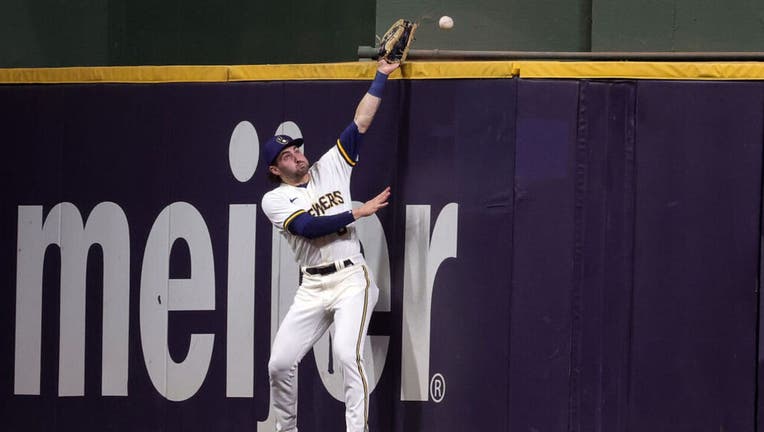 Andrew Knizner hit a two-run homer and Goldschmidt added two RBIs as St. Louis sealed its first division crown since 2019 and fourth straight playoff berth by defeating the team that won last year’s NL Central championship. This marks the third straight year the Cardinals have wrapped up a postseason spot with a victory over the Brewers.

The Cardinals (90-65) guaranteed themselves at least a tie with second-place Milwaukee (82-72), and they now own the tiebreaker because the victory Tuesday gave St. Louis an insurmountable 10-8 lead in the season series.

The Brewers remain 1 1/2 games behind Philadelphia for the final NL wild card. The Phillies won the season series with Milwaukee and would get the playoff bid if the two teams end up tied.

St. Louis trailed Milwaukee in the NL Central standings for much of the season and was four games back on the morning of July 31. The Cardinals are 37-17 and the Brewers 25-28 since.

The Cardinals grabbed sole possession of first place on Aug. 6 and have been there ever since as part of an exciting season that's included Albert Pujols hitting his 700th career homer and Goldschmidt making a convincing MVP case.

Mikolas (12-13) struck out nine and allowed only four hits and one walk. The Brewers' lone run off him came in the sixth when Rowdy Tellez hit his 34th homer.

Milwaukee trailed 2-0 when starter Adrian Houser (6-10) left due to a strained right groin with one out in the fourth. Houser was pitching to Pujols when the right-hander reacted with obvious discomfort.

Brent Suter took over and allowed a two-out homer to Knizner that made it 4-0. The homer was Knizner’s third of the season and ended his 0-for-22 slump.