The Milwaukee Bucks have expanded the Deer District's plaza viewing area to the old Bradley Center site for the Eastern Conference Finals against the Atlanta Hawks.

MILWAUKEE - Fans have helped fuel the Milwaukee Bucks' playoff run, and changes are being made at the Deer District to allow for an even bigger crowd outside Fiserv Forum.

The plaza has been expanded, and there is another jumbo screen where the Bradley Center once stood – fans were glued to it for Game 1 of the Eastern Conference Finals on Wednesday night, June 23.

"We estimate we had about 15,000 people down here Saturday for Game 7. We think this probably expands another 5,000 in this space," said Dustin Godsey, Bucks chief marketing officer. 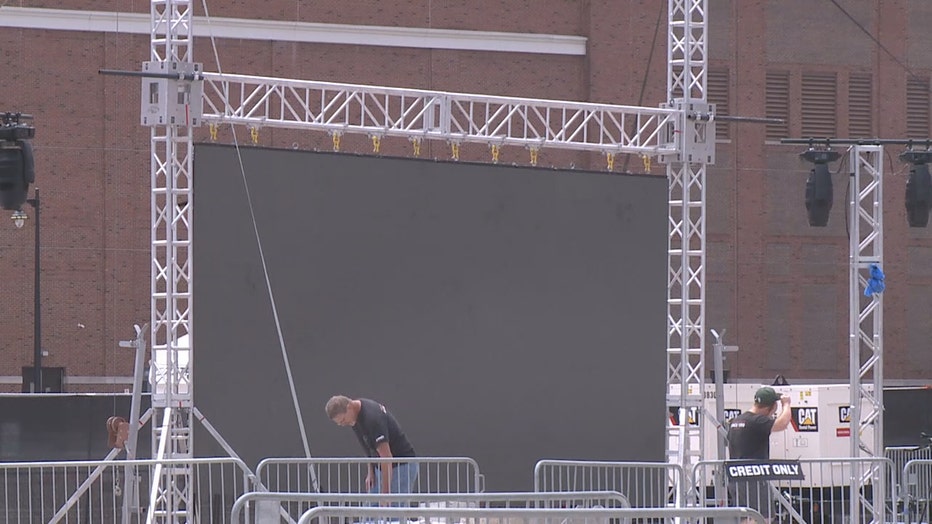 The Eastern Conference Finals mean around of parties in the plaza, and the DJ will now be playing for two separate crowds.

"It’s that hype that we could potentially be champions, it’s very exciting," fan Ciara Kaderly said. "It’s ingenious I love the way that more people get to fit here, more fans. It’s great for other businesses and everything going on here." 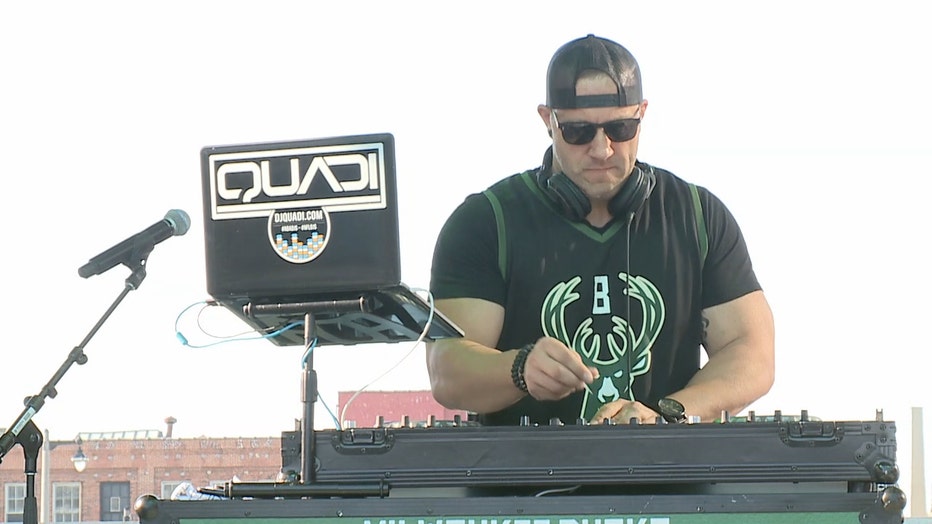 DJ in the Deer District for Game 1 of the Eastern Conference Finals on June 23, 2021.

The Bucks made other changes to welcome larger crowds, too. Roads around Fiserv Forum are blocked off, larger barricades surround the plaza and more police officers are visible.

"I feel it’s more safer now, because before it was just so open everybody would just smush in. It was wild. This is much better," said fan Dennis Blanks.

There is a little more space to dance – fans hoping to do so safely all the way to a championship.

"Bucks are going to win, and the city is going to go crazy, but everybody be safe. When the city goes crazy, I want everybody to have fun but be safe," said Blanks. 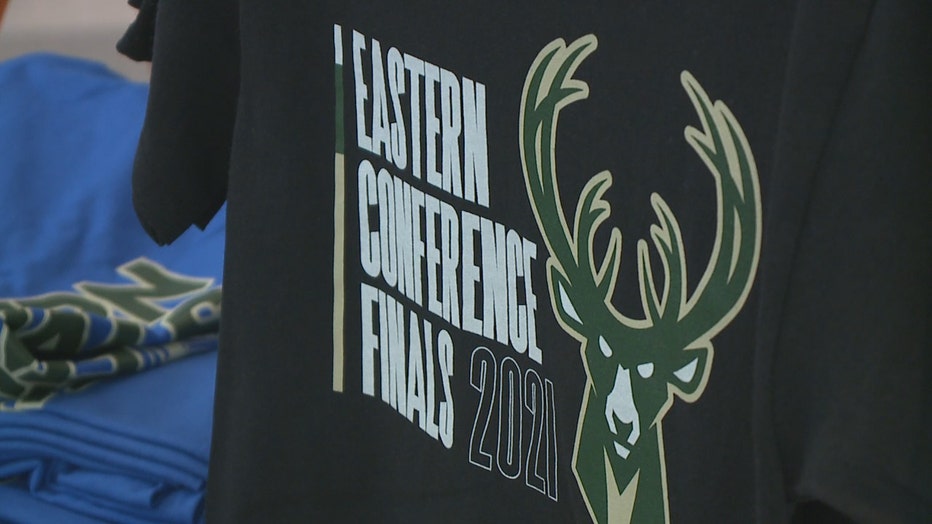 In addition to the third jumbo screen, the team is adding new merchandise. And as crews prepared for the first game against the Atlanta Hawks on Wednesday afternoon, fans in front of Fiserv Forum were fired up.

"For us to make it this far, I think we’re going take the whole thing," said fan Justin Taylor. "We have a really good team right now. I think we have a good chance."

Families are taking time to capture the moment and share why they love the team – Bucks belief, excitement and hope.

"It is about time. We’re hoping they’re really going to do it this year," said fan Kim Novak.

Anyone who does not have a ticket to the game and wants to watch on the plaza is asked to enter from the south side of the arena.

The National Bobblehead Hall of Fame and Museum unveiled on Wednesday, June 23 an officially licensed Giannis Antetokounmpo Bobblehead featuring the reigning NBA MVP with a deer.