Bucks fans can't seem to get enough of the championship merchandise after a victory over the Phoenix Suns.

MILWAUKEE - The Milwaukee Bucks are 2020-21 NBA champions, and fans can celebrate by securing the official championship merchandise through the Bucks Pro Shop. Fans can now preorder the team's official Nike locker room T-shirt and New Era hat celebrating the team’s second title and first since 1971 by visiting shop.bucks.com. 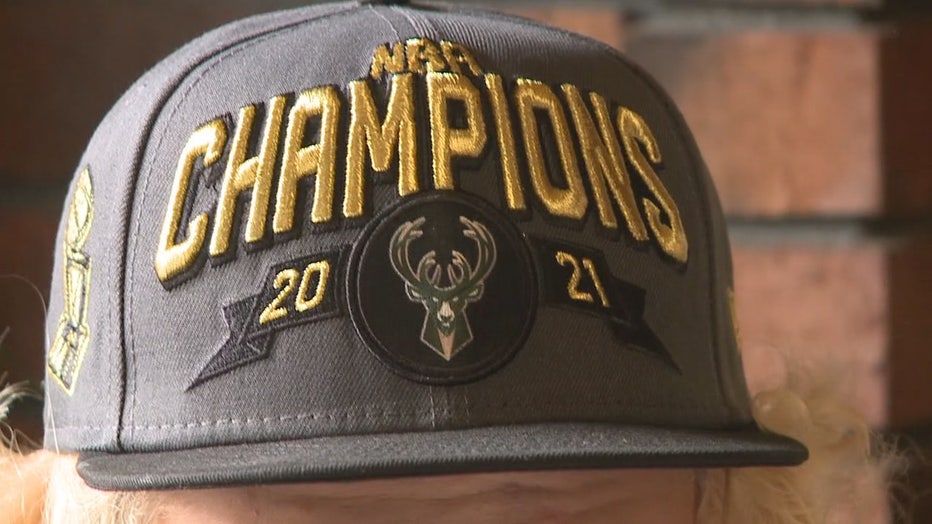 Moments after the Bucks were crowned champions, the gear started flying off the shelves at the Pro Shop, with some of the 65,000 fans that packed the Deer District sticking around to be the first to get their hands on the championship merchandise.

"I had to come down here and get him a shirt because I told him that if they win I’d buy him a shirt, so I’m spending money on him," said Vett Spencer-Lipsey.

There was a line out the door, with shoppers waiting for the chance to scour the gear.

"I’m so thankful," said Vincent Nash. "I feel so good. This morning I woke up and I just said, ‘Let me go get some merchandise. Let me go find some of these things to celebrate this moment.’"

Shoppers could choose from hats, shirts and other goodies, all with the championship logo. 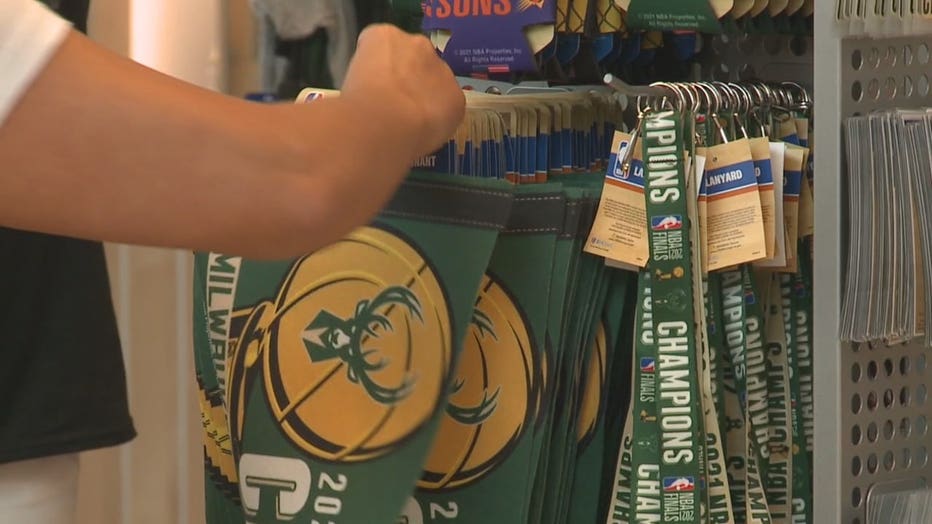 DICK'S Sporting Goods was also swarmed with fans searching for apparel in the hours after the win.

"I’ve been a fan for a long time," said Lamont Westmoreland. "It’s still surreal that it’s happening. It may sound weird, but all the coverage, it still just makes me really emotional because it’s something that I thought I would…obviously, I wanted to happen, but it’s not anything that I thought would ever happen."

Additional merchandise and novelty items will also be available at the Bucks Pro Shop inside Fiserv Forum, with new products expected to be added daily.