MILWAUKEE - Jim Paschke, Milwaukee Bucks TV play-by-play announcer, is set to retire now that the season is over, and he was taken back by something Giannis did after the team won the NBA championship.

Hours later, Paschke was still in shock after Tuesday's win. 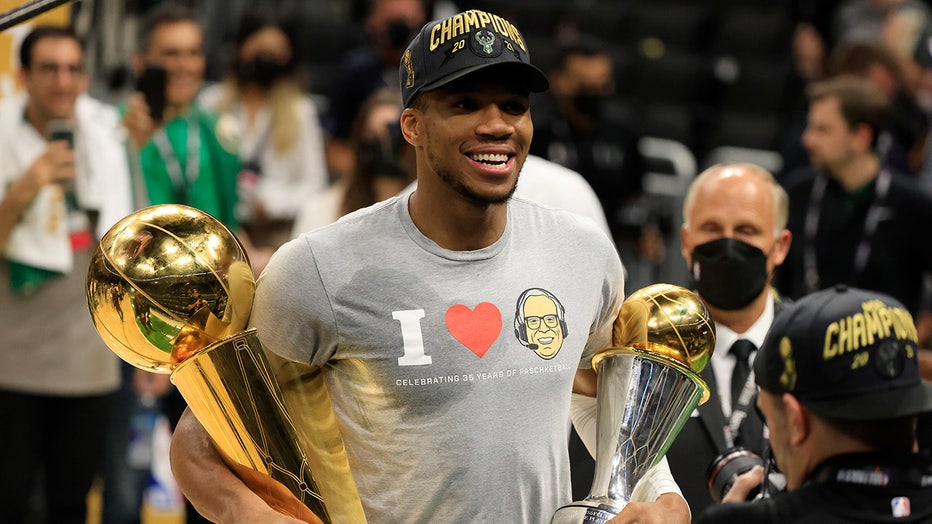 When Giannis put on a shirt with Paschke's name on it after the game, it was another moment he won't forget.

"Jim Paschke wasn't able to be here, but we represent them," said Giannis. "You know I love you." 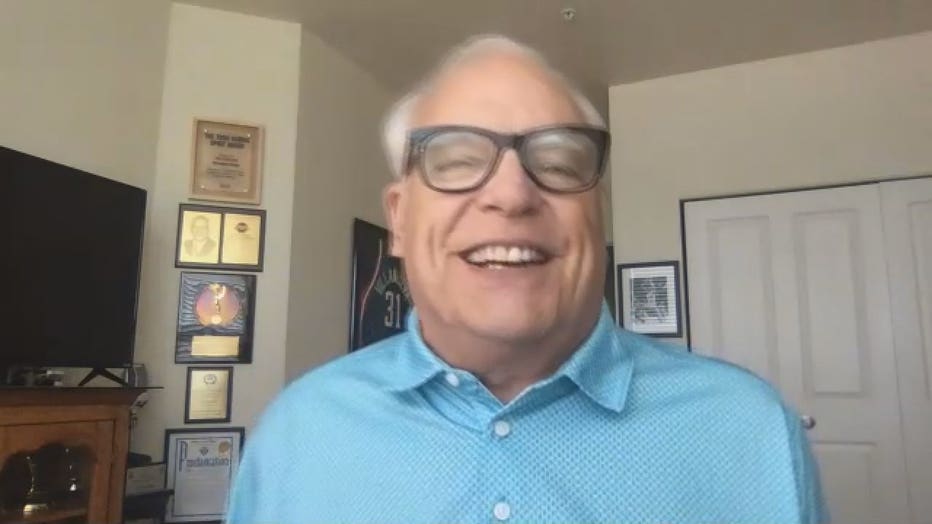 "It was breathtaking," said Paschke. "It was very humbling. I have to admit that I was in tears, if not close to tears, but I wasn’t surprised by it because that’s the kind of guy Giannis is."

Paschke wasn't able to be at the game after testing positive for COVID-19, but that didn't matter. Giannis kept him close to the heart with a shirt and shoutout.

"He just remembers people who were there at the beginning, and we developed a relationship just through one interview a year, basically," said Paschke. 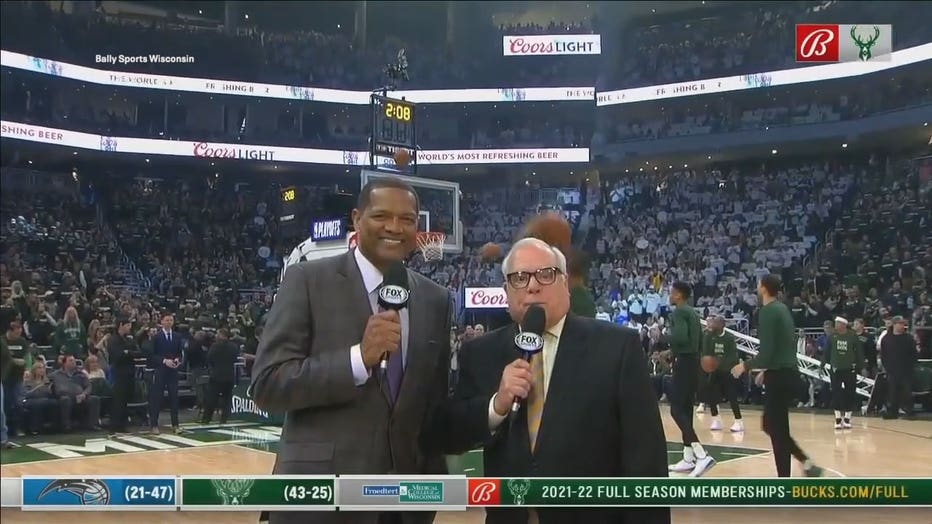 After 35 years as the play-by-play announcer for the Bucks, Paschke is retiring, and he said while there haven't been any regrets as to his decision to retire, Tuesday night sealed the deal.

"I’ve just been enjoying it as best I can, and then to have it happen, it’s like, storybook finish," said Paschke. "It’s crazy, and it’s been terrific."

Kopp's Frozen Custard wants to honor the Milwaukee Bucks and their NBA title – and are doing so by creating a new flavor of custard. They are calling it Cream City Champs.