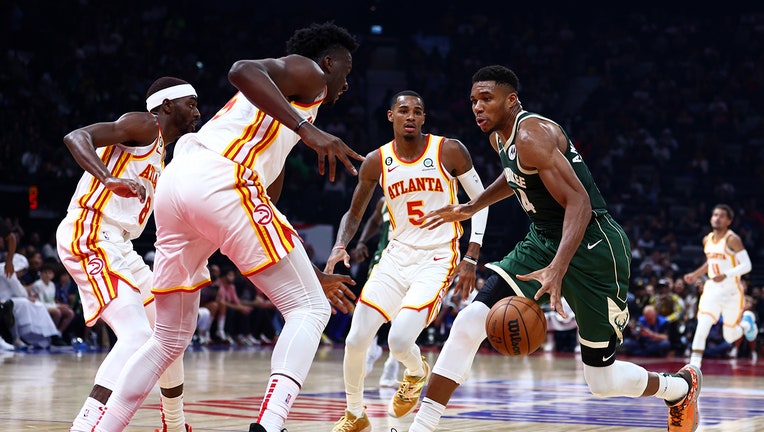 Giannis Antetokounmpo is defended by Clint Capela of the Atlanta Hawks during a preseason NBA game at Etihad Arena on Oct. 6 in Abu Dhabi, United Arab Emirates. (Photo by Francois Nel/Getty Images)

The teams will play another preseason game on Saturday at Etihad Arena.

Murray and Young combined to make 13 of 16 free throws, all in the first half.

The game featured the NBA's three Holiday brothers. Aaron Holiday had 16 points and Justin Holiday added nine for the Hawks. Jrue Holiday had 12 points for the Bucks.

De'Andre Hunter had 17 points for Atlanta.