MILWAUKEE - Some outsiders said the Milwaukee Bucks couldn't win in six, but the fans didn't give up on their team. Now, with an NBA championship under their belt, Milwaukeeans can't help but celebrate.

If you've spent any time in the Deer District, you'll find out quickly fans love their team, and they're saying the team from the "terrible city" that's become the home of the 2021 NBA champs will stand out on the map now if it didn't before.

"The feeling is amazing," said Stanley Kates. "Everybody is coming from all over. Milwaukee’s the hottest town in Wisconsin."

Kates said the Bucks and this city are finally getting the respect they deserve. 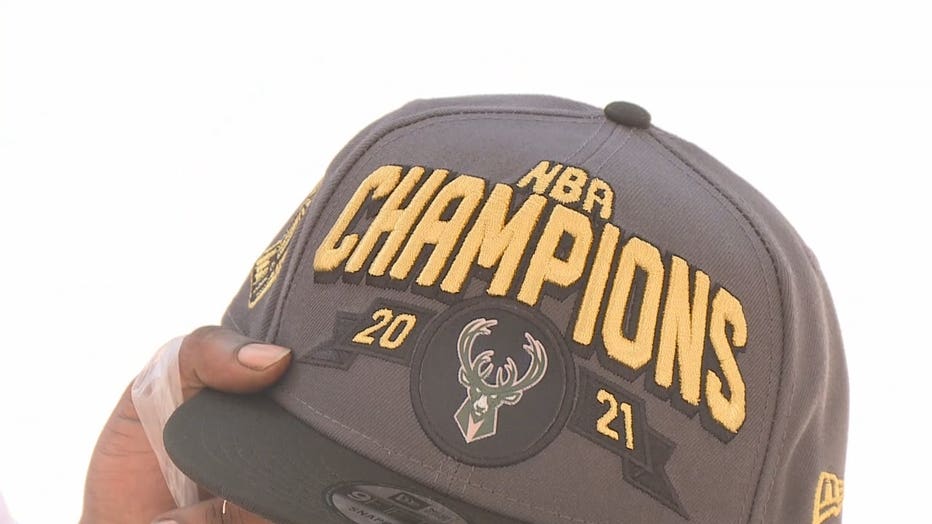 "I feel that at this point, we are now respected," said Wallace. "I think that the city showed the world what we had to offer."

From the outside, Milwaukee became a trending topic, with thousands of social media posts. 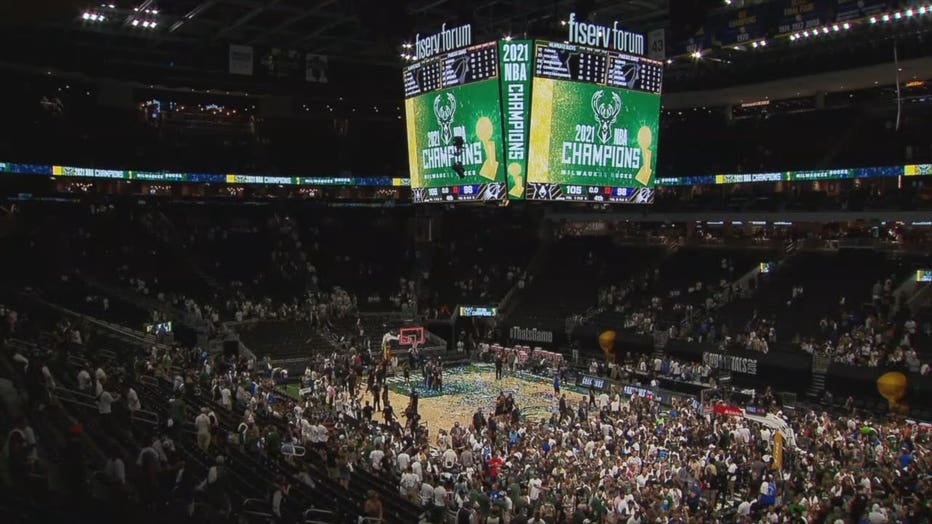 In a Twitter post, Kevin Durant said, in part, "Nothing but respect for the Milwaukee Bucks franchise, the city of Milwaukee and those loud (expletive) fans."

Felicia Miller, chair and associate professor of marketing at Marquette University shared a benefit a championship win will have on the city.

"There’s an economic component, for sure, that the state will see a bump because more people will know about Milwaukee and want to visit Milwaukee," said Miller. 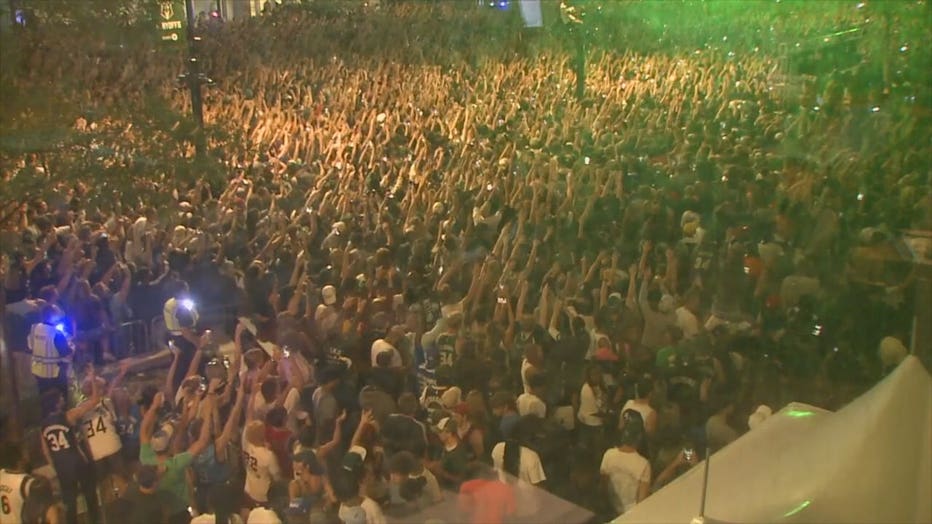 As the line to the Bucks Pro Shop wrapped around the Deer District in the hours after the win, Beverly Huff of Milwaukee said while it took some time to get here, the Brew City is one that wins.

"We did have some naysayers, but changed that last night," said Huff.

Another fan said it's nice to see Milwaukee being talked about in a positive light.

At Fiserv Forum, five faces of champions are seen next to a new "History made" sign. It is a monumental sight for fans.