The Milwaukee Bucks beat the Boston Celtics in Game 3 Saturday. The team said 5,000 people were in the Deer District plaza for the game.

MILWAUKEE - The Milwaukee Bucks did it again Saturday, regaining the series lead against the Boston Celtics with a Game 3 win.

"That’s the cherry on top, that’s the gravy right there," said Quiman Riquiz.

Five thousand people of all ages hit the Deer District plaza for the game. The weather made it even sweeter.

"I hope we bring the whole town together, the whole state together, get behind them, bring them together – win, win, win," said Max Kocher. 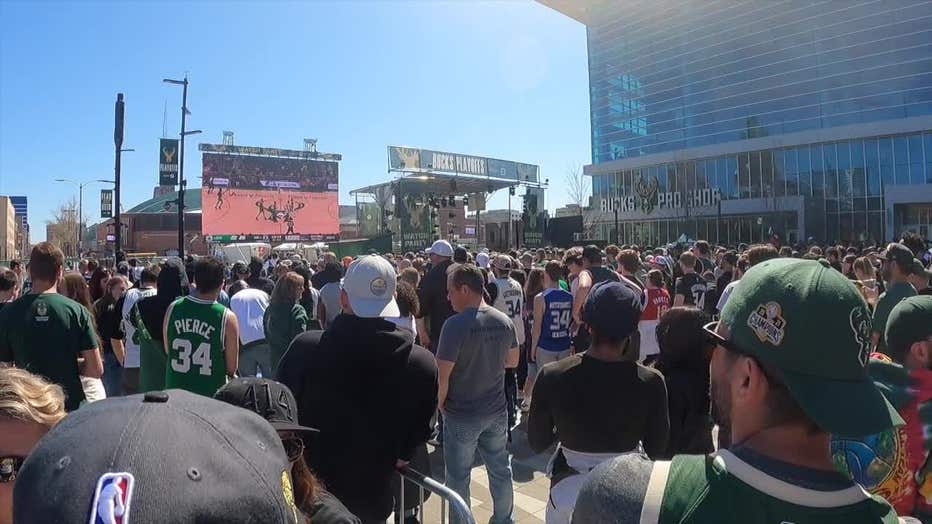 Some fans from Illinois made the trip north.

"I am telling you this crowd's good for Wisconsin, they know how to behave and have a good time," Mary Daddono said.

From start to finish, the excitement could be felt – but nerves were high with a nail bitter at the buzzer.

"When it's that close, you are like holding your breath at the end. It was a good team win," said Emily Vanlangen.