The Milwaukee Bucks will welcome fans inside Fiserv Forum for a watch party, the team on the road to start the NBA Finals.

MILWAUKEE - The Milwaukee Bucks start their best-of-seven NBA Finals series against the Phoenix Suns on the road for Game 1 Tuesday, July 6.

The Deer District plaza has been the epicenter of fandom on game days all season long. And starting with Tuesday's game, the team letting fans back into Fiserv Forum for an indoor watch party while the team is on the road.

The arena's general manager said 9,000 to 10,000 people are expected to be inside for Game 1, doors opening at 7 p.m. The Bucks are requiring masks be worn by all fans inside Fiserv Forum, ages 2 and up, unless eating or drinking.

"We’re providing the safest environment, ton of excitement around," said Dennis Williams, Fiserv Forum general manager. "If you’re inside the building, want to remind everybody that we do app ordering – so download the Bucks app. You will have the opportunity to order food or beverage."

Meanwhile, Elisabeth Schalk bought her $10 ticket in advance with plants to attend the second watch party for Game 2 on Thursday night.

"Any opportunity to to get around the fans and celebrate I think is a great one, and I think the Bucks, they’re really doing it right," Schalk said.

Other fans, like Vincent Nash, still haven't decided if they'll be inside the arena to catch the action.

"I really was asking my wife about it, ‘Baby let’s go down there, be amongst the fans and enjoy it. I haven’t made that determination. If they still available, I might be there," said Nash.

Flashy Faded owner Jose Perez set up a mini barbershop near the Bucks logo on Monday to celebrate the team making it this far in the playoffs. With green dye and steady hand, Perez used his talents to shave the Bucks logo into a high school friend's hair. 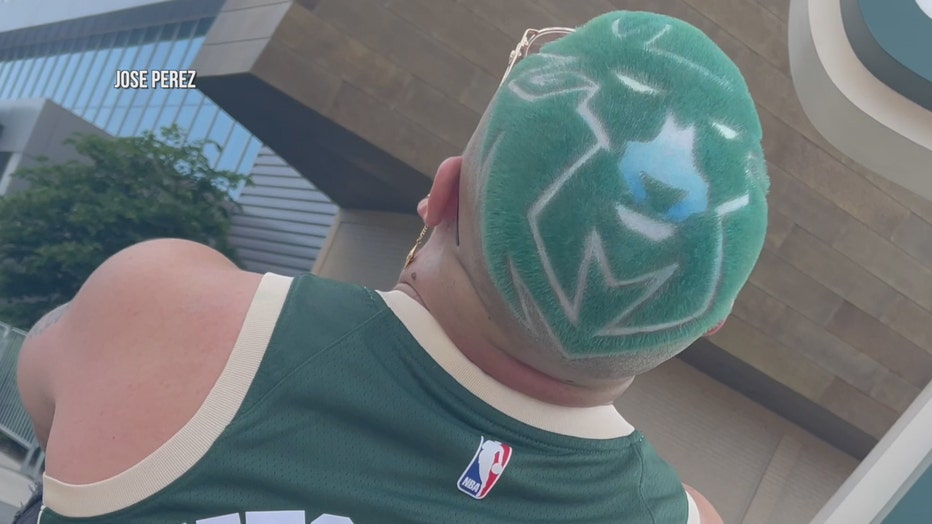 For fans heading down to the plaza at Fiserv Forum, they are encouraged to RSVP ahead of time to receive the most up-to-date information and guidance. also be made on the team's website. Gates for the outdoor watch parties will open two hours before tipoff.

Milwaukee Bucks fans in and around the Deer District on Tuesday were ready to cheer the deer, Game 1 of the team's first NBA Finals berth since 1974 coming that night.

The team being in the Finals is meaningful to the city and fans.

"Go Bucks go! Let’s take it. We deserve this," said fan Kenneth Holley. "I feel good. I’ve been waiting for this and, I think Bucks in six."

As the temperature soared Tuesday, so did Bucks basketball excitement. 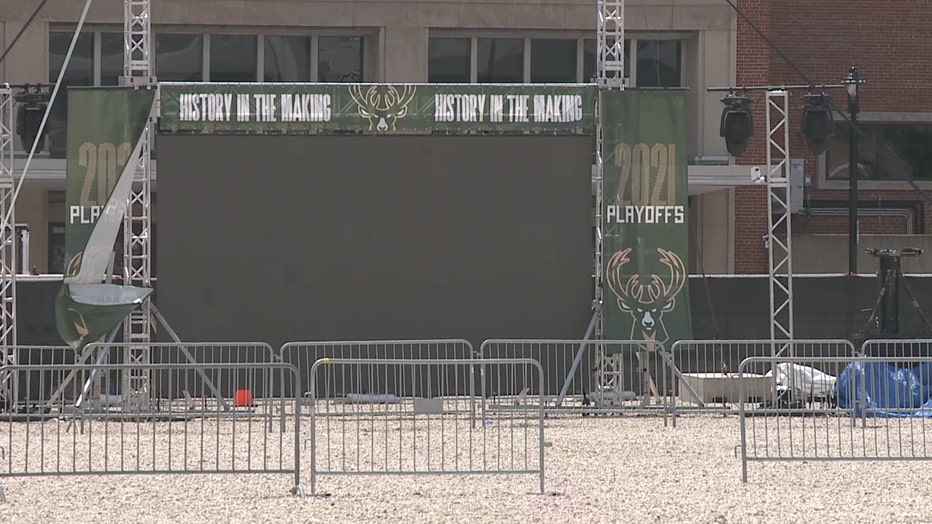 With the wait nearly over for Game 1, fans prepared to cheer on the team both inside and outside Fiserv Forum – some out and about hours before tipoff.

"This is too important, I’m going to be at home – I get kind of nervous, I get too anxious, I’ll be watching the game at home tonight," said fan Mike Hantke.

Near the Bucks Pro Shop, Matt and Andrew Lepine shared some brotherly love. The Lepines hope to capture the moment and prove how this run in bigger than the game itself.

"We dedicate our whole nights to the games. Especially since the playoffs have come around. We’re sitting there, glued to our seats, eyes glued to the TV," said Matt Lepine. 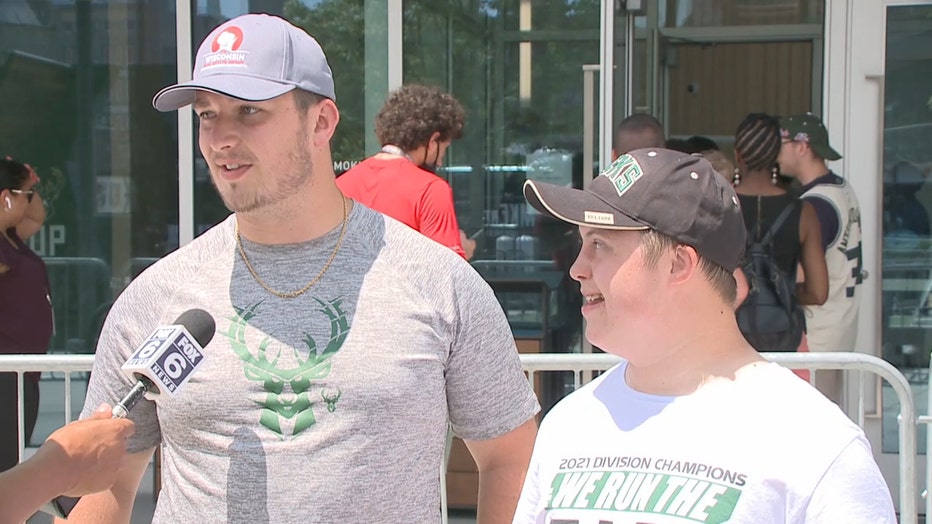 And rooting for their favorite players – in Andrew's case, Brook Lopez – on the court, hoping to watch history.

"(Andrew) got to meet (Lopez) a couple seasons ago, and it’s been a great relationship between the two," said Matt Lepine.

The Lepines, like many Bucks fans, are also fans of Giannis Antetokounmpo – deemed questionable for Game 1 with a knee injury. One fan said he wanted to tell the team with or without Antetokounmpo, they are built to win.

It's the Bucks and Suns set to pound it out on the boards in Game 1 of the NBA Finals.