Some Milwaukee leaders questioned why the Bucks needed to take over a road for what is now the Deer District back in 2015. Now, the reasons seem clear.

MILWAUKEE - The Milwaukee Common Council was poised to vote on a plan that would pave the way for the new arena and entertainment district on Sept. 22, 2015.

At the time, some Milwaukee leaders questioned why the Bucks needed to take over a road for a public plaza. Fast-forward to now, the reasons seem clear.

"I'm sorry to be the wet blanket, but somebody's gotta say it," Alderman Mark Borkowski said at that 2015 meeting. "You hear them talk about all this investment, all of this investment but you know what, it's gonna come at a price. And my fear is it's gonna be a negative effect to the city."

Much of the deal was already in place. Milwaukee County sold a 10-acre lot to the Bucks for $1, and a $500 million funding place was set – with half the investment coming from taxpayers. The Bucks pitched it as a "slam dunk" economic opportunity, and the city approved it in a 12-3 vote. 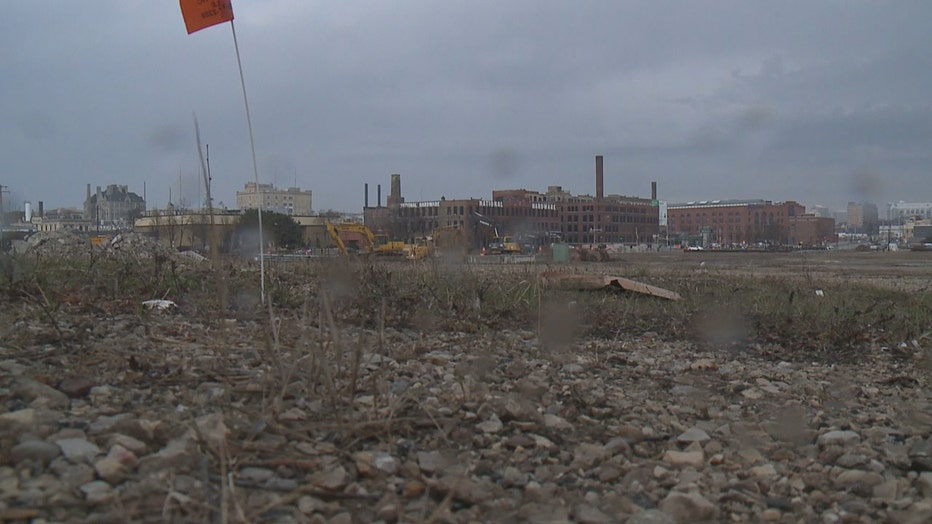 Borkowski was not available Thursday, but with the benefit of hindsight, Alderman Bob Bauman said the decision to convert the street into a pedestrian mall – known today as the Deer District – has been massive for the city.

"Clearly, in terms of the excitement that a plaza can generate, they were right. The skeptics were not right," Alderman Bob Bauman said. "The investment that the city has made in converting that street has contributed tremendously to the image of the city, to the excitement being felt by the population across the region." 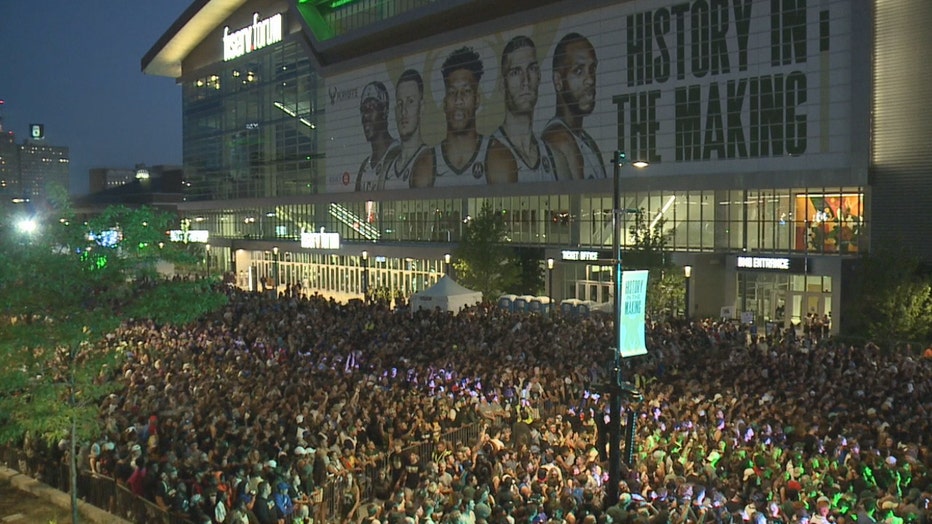 Deer District during the 2021 NBA Finals

As for the Deer District's popularity, Bucks President Peter Feigin said: "I think we had a thought. We never thought it would evolve to this, you know, to how do we bring the city of Milwaukee together in one common place?"

The last two playoff series, the Bucks have been averaging between 20,000 and 25,000 fans in the Deer District.

It has become the place to be, providing economic relief to businesses that were hurting amid the COVID-19 pandemic.

The Suns' fans were here last night are now heading home, but not before FOX6 asked them what they thought of Milwaukee.

The Milwaukee Bucks' win in Game 4 of the NBA Finals on Wednesday, July 14 sprung a new wave of hope and optimism in the hearts of Bucks fans.

She moved to Arizona to start a new life and career. Now, a former, longtime Milwaukee radio host has found herself rooting for the Bucks in Suns territory.