It's not just dignitaries sending congratulations to the Milwaukee Bucks after the team's first NBA championship in 50 years. The win has pushed Milwaukee into the spotlight in a global way.

MILWAUKEE - It's not just dignitaries sending congratulations to the Milwaukee Bucks after the team's first NBA championship in 50 years. The win has pushed Milwaukee into the spotlight in a global way.

The team's victory is getting international attention. In the hours after the big win, FOX6 News spoke with Bucks fans in Scotland and Greece who said Milwaukee is everywhere!

The Bucks winning the NBA championship dominated the front pages of Wisconsin newspapers Wednesday, July 21, but the team is everywhere -- even across the pond.

"The game started at 2 a.m., and I don’t think I went to bed until after 7 this morning," said Sean Foley.

Foley runs the Twitter account UK_Bucks from Scotland.  His interest, first in the Green Bay Packers, snowballed into a love of all things Wisconsin. 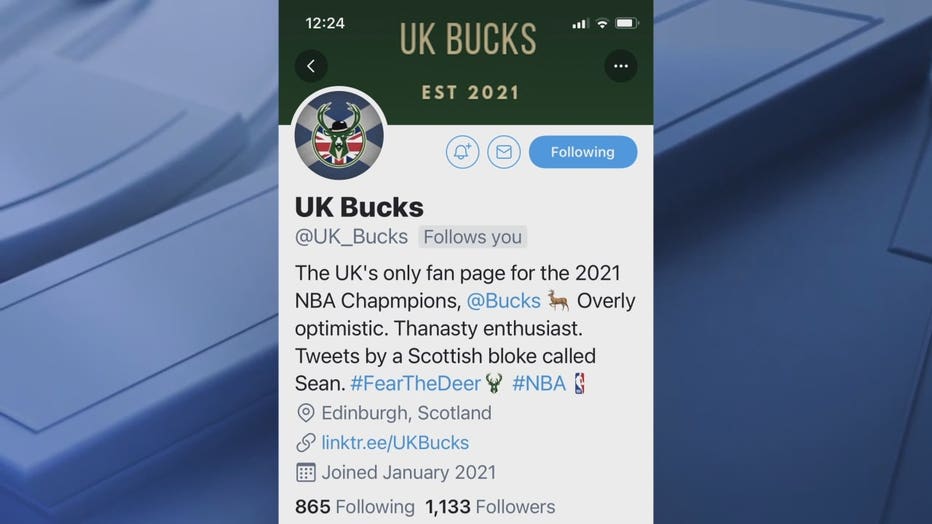 "I’m a big fan of the underdog and smaller teams," said Foley. "It’s more enjoyable to watch, and when you win things like today, it makes it more enjoyable."

Coverage there has been extensive. Even the BBC marveled more than 10% of Milwaukee’s population came out to cheer its team.  The fan base overseas is growing. 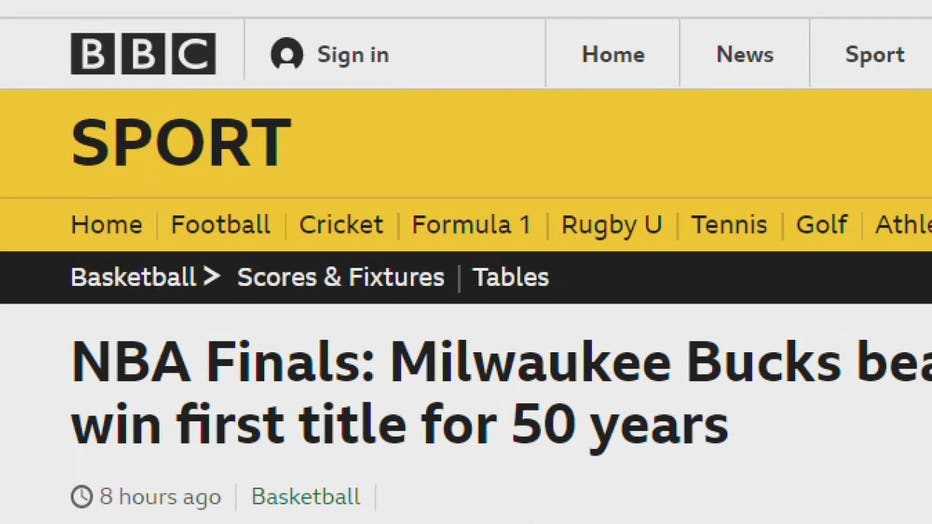 "I was traveling back from England last weekend," said Foley. "There was a guy walking around with a Bucks jersey on, which was fantastic."

The headlines where Giannis was born…well…it’s all Greek to us.

"The game ended here, it was almost 7 in the morning here," said Denise Koutroubis. "Newspapers were already printed!"

Koutroubis is a Chicago native living in Greece for the last decade. 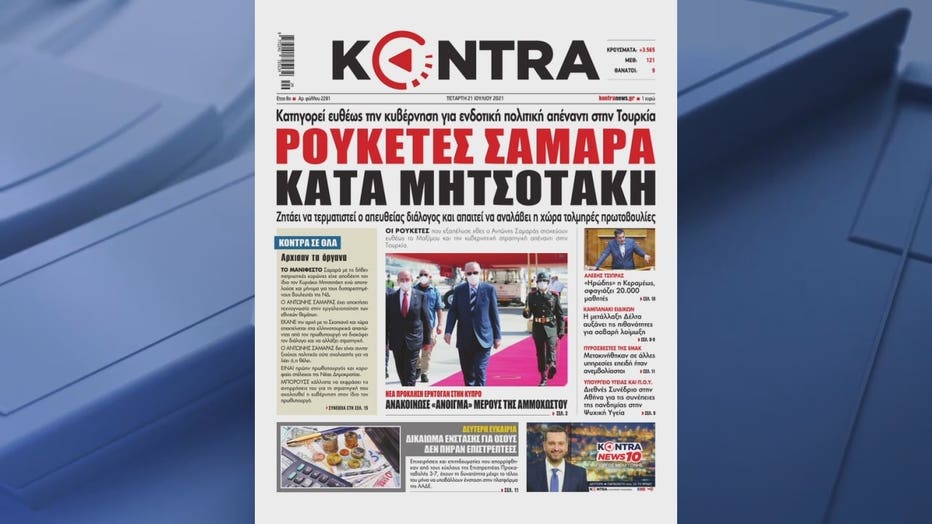 "It’s amazing," she said. "Anywhere I go, like the supermarket, there are Milwaukee Bucks cups, book bags for kids. It’s a really big influence that Giannis has made."

The attention and coverage are priceless for groups like VISIT Milwaukee, hoping to lure some international visitors to the home of the NBA champions.

"It again, makes Milwaukee look like the most fun, exciting place to be on an international stage," said a VISIT Milwaukee rep. "That is something money can’t buy."

We should note, again, because of the timing of the victory, a lot of newspapers potentially could not have included the game on their front page. FOX6 News only spotted one Arizona newspaper with a tiny picture of Giannis on the front page Wednesday morning.