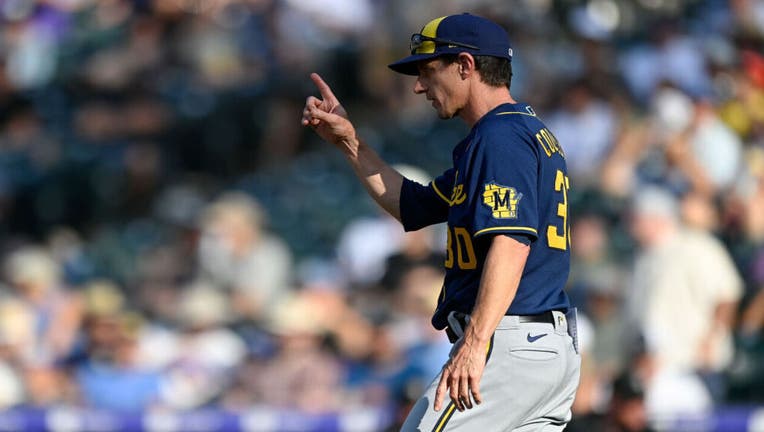 DENVER - Victor Caratini hit a go-ahead three-run homer in the sixth inning for the Milwaukee Brewers, helping Craig Counsell earn managerial win No. 600 in a 6-4 victory over the Colorado Rockies on Monday.

Counsell reached the milestone in roller-coaster fashion, with his team trailing 3-0 after the first inning, rallying and then escaping a two-out, bases-loaded jam in the eighth. He became the winningest manager in franchise history earlier this season.

Caratini provided the big blow by lining a slider from reliever Justin Lawrence over the fence in right-center. It was Caratini’s ninth homer of the season.

The Brewers are trying to make a late push for their fifth straight postseason appearance. They currently trail Philadelphia by two games for the final NL wild-card spot.

Adrian Houser (5-9) got the start over Freddy Peralta, who was given a few more days to rest a tired shoulder.

It was a rough opening inning for Houser. He took a liner from leadoff hitter Ryan McMahon off his leg on the third pitch. The right-hander tossed some warmup pitches, but couldn't find his rhythm as he spotted Colorado a 3-0 lead.

After that, he settled in. Houser allowed three runs, one earned, and two hits over five innings.

He was helped out by a four-run sixth inning, with Jace Peterson tying the game on a sacrifice fly. It set the stage for Caratini, who hit his first homer since Aug. 4.

But it wouldn't be smooth sailing to the finish. C.J. Cron homered in the eighth to make it 6-4. The Rockies loaded the bases before Devin Williams got pinch-hitter Elias Díaz to ground out.

Williams pitched around a walk to open the ninth as he earned his 10th save.

Charlie Blackmon had a two-run single for the Rockies, who returned to Coors Field after a 3-7 trip.

Don't expect Counsell to celebrate his 600th win as a manager. It’s not his way.