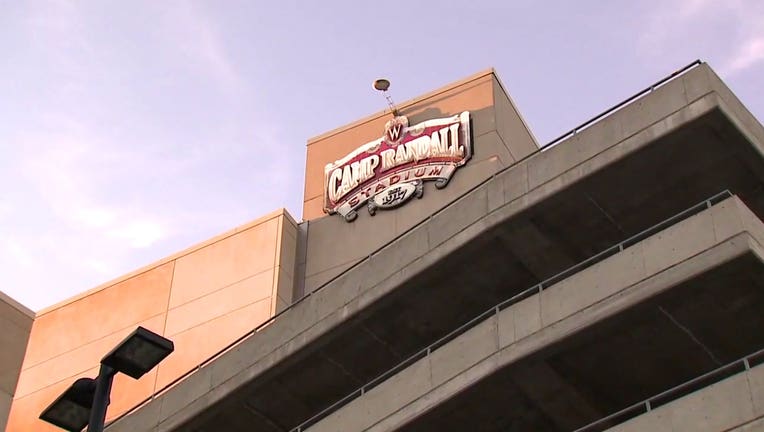 MILWAUKEE - The Wisconsin Badgers made an emphatic statement to start their season in a dominating win over Illinois, but that excitement came to a screeching halt just days later.

The University of Wisconsin disclosed on Wednesday morning that the team had 12 positive COVID-19 tests, which included Head Coach Paul Chryst and six players. By Thursday, two more staff members and another student-athlete were confirmed positive for COVID-19. Three additional results were pending from Wednesday, bringing the total to 16 positive tests within the program as of Thursday.

The diagnoses promptly led UW to pause all team-related activities for seven days and cancel their game against Nebraska, scheduled for Saturday, Oct. 31.

FOX6's Lily Zhao went one-on-one with FOX College Football Reporter Bruce Feldman to discuss a Badgers football team that is now dealing with a COVID-19 outbreak and how that might affect the shortened season.

"It's kind of a nightmare scenario to start out of the gate. I think the issue for them as they have no margin for error in their schedule," Feldman said. "There are no open dates, so when you hear other teams and other programs have spread or outbreaks, you hear games are postponed, and there's a makeup day whether. They can’t do that here."

It is still unknown if the Badgers can host Purdue on Nov. 7. If they do, it could be up to fourth-string quarterback Danny Vanden Boom, and potentially others. Quarterbacks Grahan Mertz and Chase Wolf both tested positive for COVID-19.

"I remember talking to (running back) Garrett Groshek’s high school coach and I know there's a good high school quarterback. I don't know if you do Wildcat with him," said Feldman. "I worked on a story with my colleague for The Athletic, Jesse Temple, and we're here to talk to Danny (Vanden Boom)'s high school coach and you know they're very optimistic about what he brings to the table."

Wisconsin now has just seven regular-season games in a best-case scenario. Does that hurt them in the long run of trying to reach the College Football Playoffs?

"It's definitely not going to help. I think the issue is going to have to be what percentage of games of everybody else's games. I mean, if it's seven and everybody else is playing 10 and you're 7-0, that's going to be an uphill argument to make," Feldman said. "I mean we’ll see. There’s no way to predict any of this."