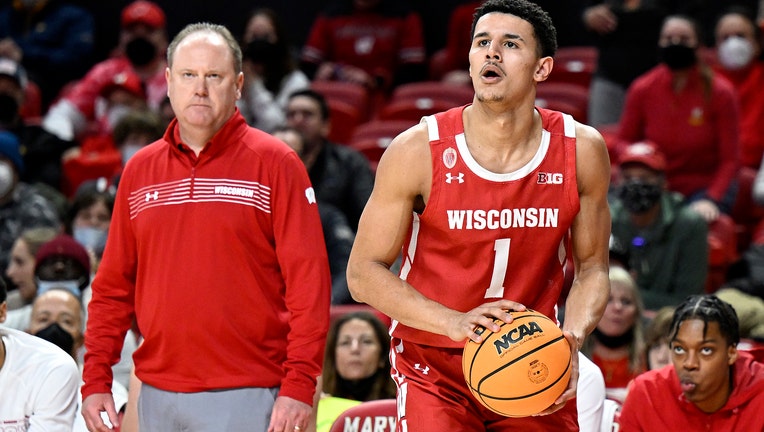 MADISON, Wis. - Wisconsin's Johnny Davis is The Associated Press player of the year in the Big Ten Conference and the Badgers' Greg Gard is coach of the year.

Davis won top honors over Iowa's Keegan Murray on Tuesday, and both were unanimous picks for spots on the AP All-Big Ten team along with Purdue's Jaden Ivey in voting of journalists who cover the conference.

Nebraska freshman Bryce McGowens is newcomer of the year.

Joining Davis, Murray and Ivey on the all-conference first team are Ohio State's E.J. Liddell and Illinois' Kofi Cockburn. Liddell is a repeat first-team pick, and Cockburn was on the second team a year ago.

Davis burst onto the national stage this season after playing a total of 18 minutes and scoring eight points over 13 games as a freshman. He has averaged a nation-leading 24.1 points in eight games against Top 25 opponents, and his season average of 20 points per game is best by a Wisconsin player since 1994.

Davis scored a career-high 37 points in a win over Purdue and has two other 30-point games. He scored 25 or more in six other games.

McGowens was the first five-star recruit to sign with Nebraska and he made good on the hype. He's averaged 20.8 points over his last five games and leads all true freshmen nationally at 17.2 points per game.

Gard, who lost four starters from the 2020-21 team that won a game in the NCAA Tournament, coached his young team to a share of the Big Ten regular-season title.

The Badgers' 24 wins are their most in five years, and they've been ranked as high as No. 8 and have appeared in the Top 25 every week since Dec. 20. They are 15-2 in games decided by six or fewer points for the most "close" wins in Division I.

Every time Jordan Glenn takes the court for Wisconsin Lutheran, it’s a moment to give thanks. But on Jan. 9, 2021, he collapsed during a game at Menomonee Falls High School, suffering from cardiac arrest. That wasn't the first time it happened, but he's made an incredible comeback.