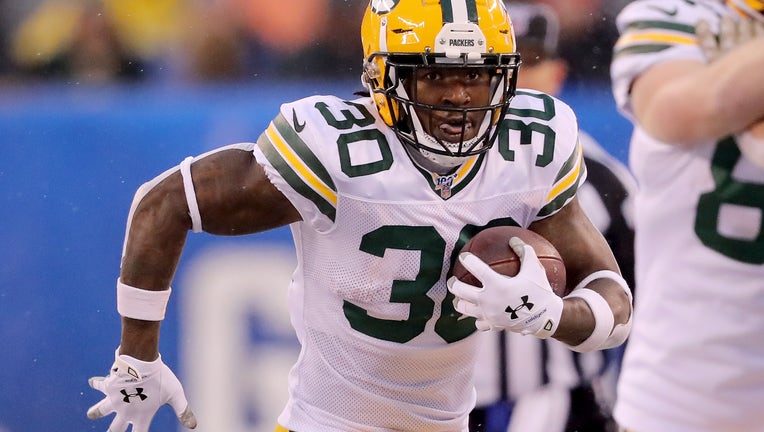 DETROIT - Running back Jamaal Williams has agreed to sign with the Detroit Lions, according to a person familiar with the situation.

The person spoke Monday on condition of anonymity because the team had not announced the deal.

The former Green Bay Packer provides a boost for a backfield that also includes D’Andre Swift and Kerryon Johnson.

Green Bay drafted Williams out of BYU in the fourth round in 2017 and he had a solid run with the team. He had 1,985 yards rushing and 10 touchdowns, nearly 1,000 yards receiving and eight scores in his career that includes 20 starts over four seasons.

Williams started in three of 14 games last season. He had 505 yards rushing and two touchdowns and 31 receptions for 236 yards and a score.

Detroit is in the midst of another rebuilding project, giving first-year general manager Brad Holmes and new coach Dan Campbell a chance to turn around a team that lost a total of 33 games the previous three years.

The Lions chose to let standout receiver Kenny Golladay go on the market after deciding not to sign him to a long-term deal or use the franchise tag to retain him for at least another season.

Cocktails to go would be legal in Wisconsin under Assembly bill

Bars and restaurants could sell cocktails and glasses of wine to go under a bill up for a vote Wednesday, March 17 in the state Assembly.