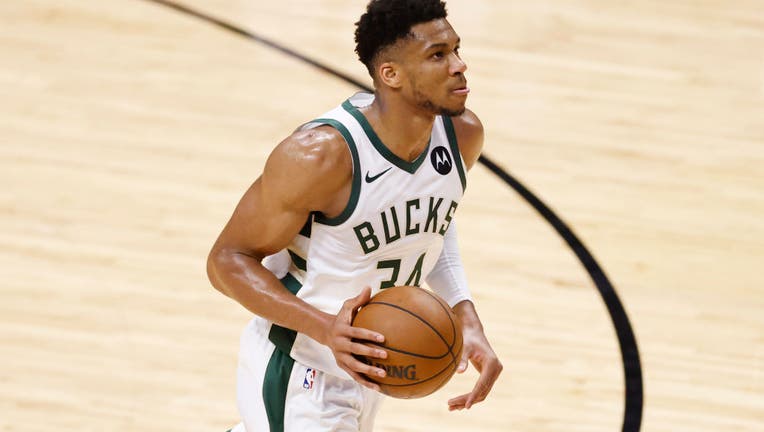 ATHENS, Greece - NBA star Giannis Antetokounmpo was in Greece for a meeting with the country’s prime minister Thursday, Sept. 16 and a special ceremony to bestow Greek citizenship on his mother Veronica and younger brother Alex.

Antetokounmpo, who led the Milwaukee Bucks to the NBA championship in July, attended the ceremony at the official residence of Prime Minister Kyriakos Mitsotakis.

The 26-year-old Antetokounmpo was born in Athens, the son of Nigerian immigrants. He was granted Greek citizenship in 2013, allowing him to travel to the United States and join the Bucks later that year.

"We always felt Greek, but now we have an official stamp and we are happy," Antetokounmpo told reporters after the ceremony. "Alex and my mom are Greek citizens now."

Antetokounmpo also traveled to Greece in August with his brother Thanassis, carrying the Larry O’Brien NBA championship trophy. He took the trophy to the ancient Acropolis in Athens to celebrate with members of his family.

Giannis Antetokounmpo announced as part owner of the Milwaukee Brewers