The Admirals announced they won't be participating in the upcoming season, citing the financial challenges presented by having to play at the UW-Milwaukee Panther Arena without fans.&nbsp;

MILWAUKEE - The Milwaukee Admirals, who were regular-season champions of an abbreviated 50th season in the American Hockey League, are opting out of the 2020-2021 season.

"It is painful," said Jon Greenberg, Admirals' president. "The chance that we could’ve played was so small." 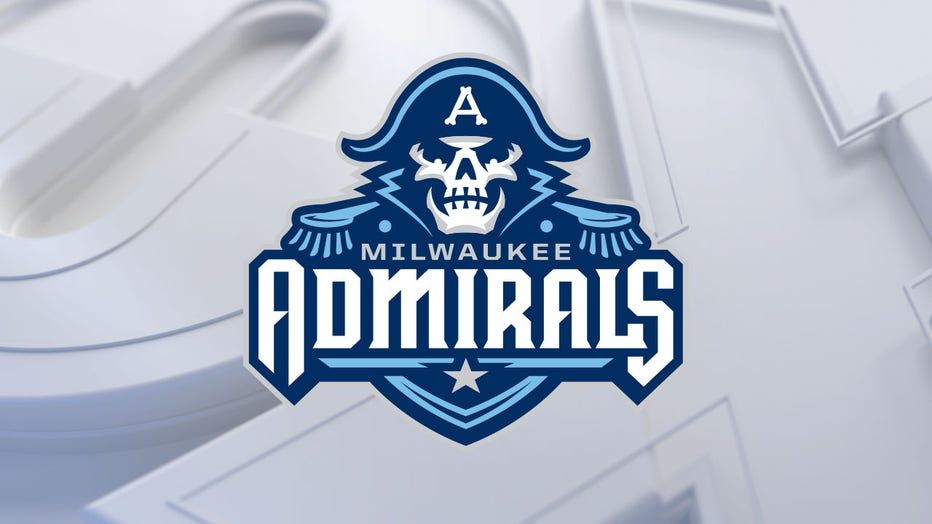 The Admirals announced Monday, Jan. 4 they won't be participating in the upcoming season, citing the financial challenges presented by having to play at the UW-Milwaukee Panther Arena without fans.

"The amount of loss would have been just huge," said Harris Turer, Admirals' owner and CEO. "We decided that it was in our best interest to cancel playing games in Milwaukee." 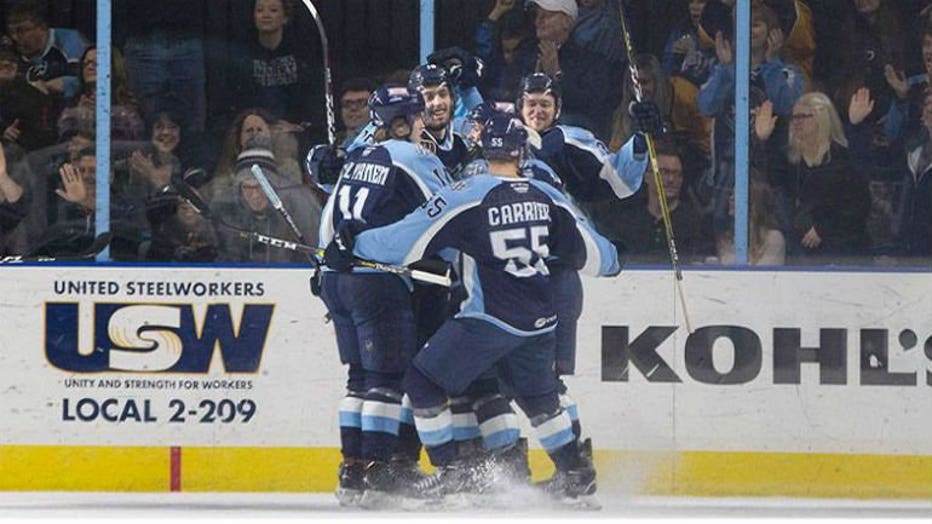 It's been a hard decision to digest for all involved, especially the players.

"It was a shock because obviously, we heard rumors that Milwaukee might opt-out, and when we got the news confirmed, it was disappointing for sure," said Alexandre Carrier, defenseman.

Especially considering the team had another shot at a Calder Cup after coming off a stellar season.

"We were first in the league, but we were like, you know what? It’s no big deal. We’ll be back next year with the same group of guys and we’ll be able to compete for a Calder Cup," said Carrier. "Now, with Milwaukee opting out, (that changes things). If it’s good for the long term for the organization and they need to do that, then it’s okay." 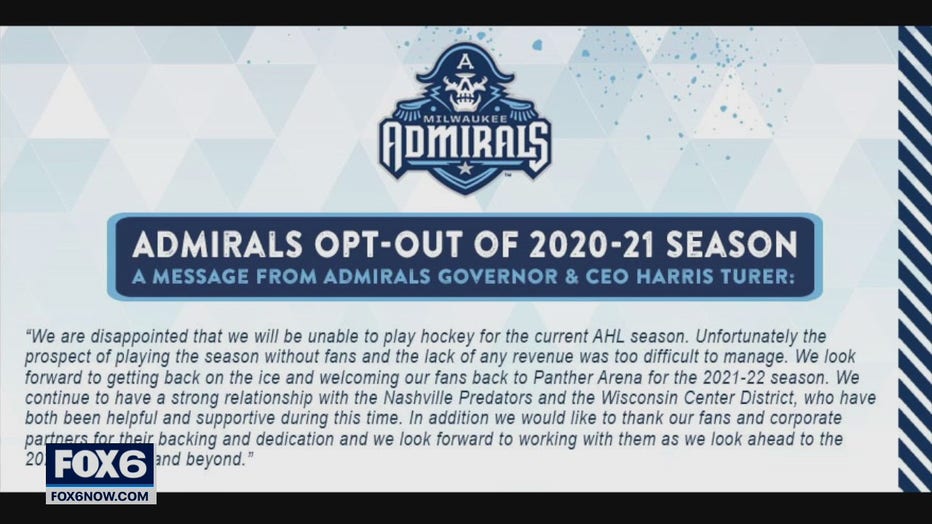 With the Admirals sitting out, Nashville's prospects will need to hone their skills elsewhere. Many players like Carrier and Tanner Jeannot are with the Predators for training camp.

"It’s a different camp this year," said Jeannot. "There’s no exhibition games or anything like that. We’re just having a couple inter-squad scrimmages. Everyone here’s just giving it all they’ve got and trying to crack the squad and have Nashville have a great year this year."

With everyone settling into their new routine, it's all about accepting what needed to be done.

Fortunately, the Admirals are working toward a goal of a 2021-22 season starting in October.

"It’s all about staying ready," said Carrier. "Still having fun at the rink, and hopefully next season we’ll be back in Milwaukee.

Hopefully, that will include the return of their beloved fans, as well.