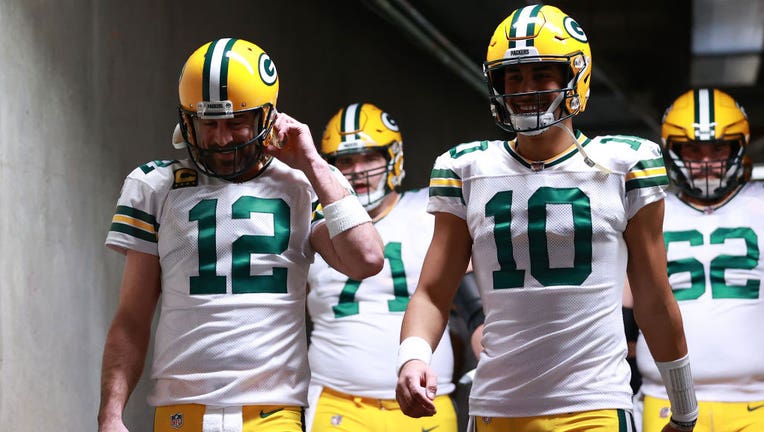 DETROIT, MICHIGAN - JANUARY 09: Aaron Rodgers #12 and Jordan Love #10 of the Green Bay Packers prepare to take the field prior to playing the Detroit Lions at Ford Field on January 09, 2022 in Detroit, Michigan. (Photo by Rey Del Rio/Getty Images)

GREEN BAY, Wis. - In 2020, the Green Bay Packers drafted who they thought would be the heir to Aaron Rodgers' throne sooner rather than later in Jordan Love.

Naturally, Rodgers has since won back-to-back MVPs and signed through the 2024 season, with zero signs of slowing down.

Love has gotten limited playing time in the NFL — he's started just one game in which he only threw for 190 yards, and despite getting action in all three preseason games this year, his numbers aren't eye-popping (55.4% pass completion rate, 437 yards, three touchdowns and four interceptions).

He wasn't great on Thursday, either, completing 16 of 26 for 148 yards and an interception. 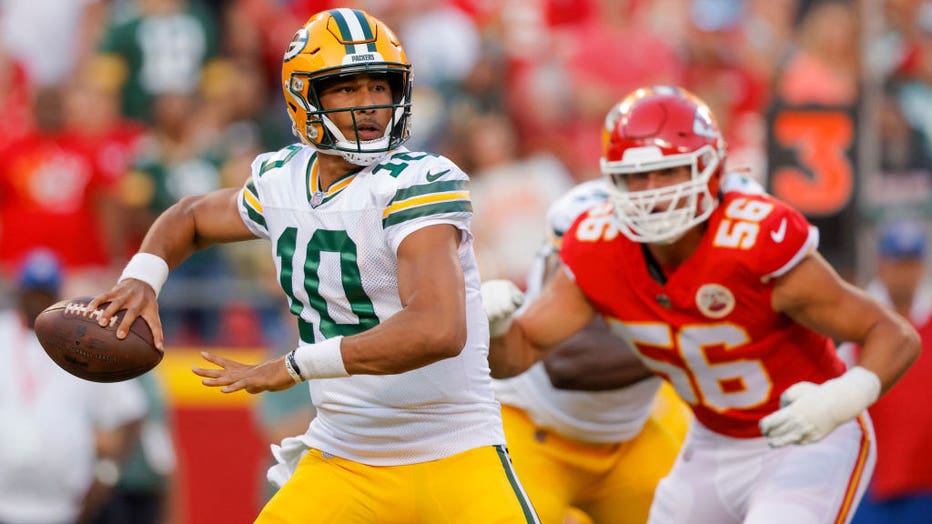 KANSAS CITY, MO - AUGUST 25: Jordan Love #10 of the Green Bay Packers throws a pass in the first quarter with pressure from George Karlaftis #56 of the Kansas City Chiefs during a preseason game at Arrowhead Stadium on August 25, 2022 in Kansas City,

But Rodgers, who at one point was upset with the selection of Love, gave the backup quarterback quite the praise after the Packers' preseason game against the Kansas City Chiefs on Thursday and is looking way beyond the box score.

"I’m always harping on the little things," Rodgers said, via the Green Bay Press-Gazette. "The reads and stuff, just understanding the offense, I think he’s definitely become a master of the offense. But it’s just the little things that are really going to help him level up, and a lot of it is footwork and little things like arm angles on run action, his keeper fakes, his hard-action fakes, his run solutions and RPO game, helping to marry up with the running game. That’s what I like seeing." 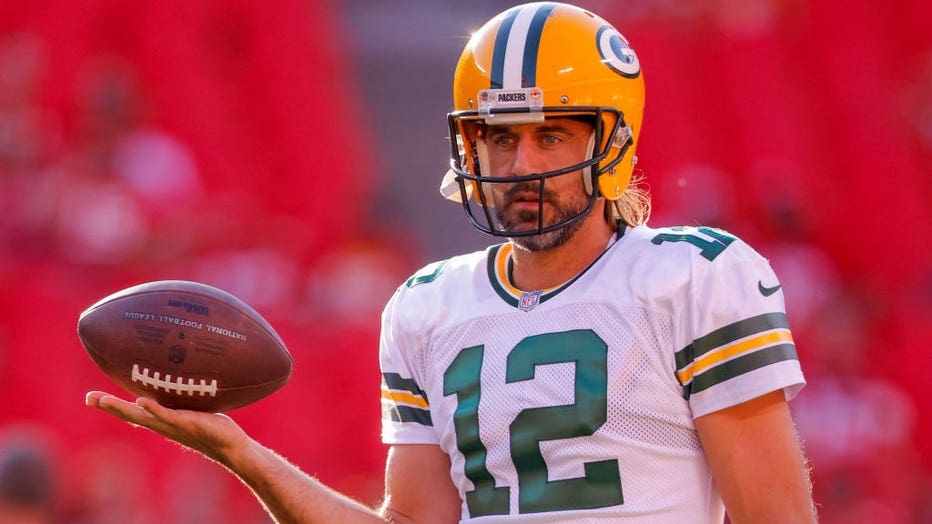 DETROIT, MICHIGAN - JANUARY 09: Aaron Rodgers #12 and Jordan Love #10 of the Green Bay Packers prepare to take the field prior to playing the Detroit Lions at Ford Field on January 09, 2022 in Detroit, Michigan. (Photo by Rey Del Rio/Getty Images)

Head coach Matt LaFleur is also looking past the numbers.

The Packers need to make a decision on Love's fifth-year option after this season.