GREEN BAY, Wis. - Aaron Rodgers has returned from a tumultuous offseason of uncertainty eager to get the Green Bay Packers to the Super Bowl after falling a step short the last two years.

Nobody’s making any promises regarding the 37-year-old quarterback's future beyond 2021.

The reigning MVP participated in the Packers’ first training-camp workout Wednesday, Then he made it clear in a news conference that some of the issues that caused him to skip the team’s organized team activities and mandatory minicamp remain unresolved.

Does he expect to be back with the Packers next season? 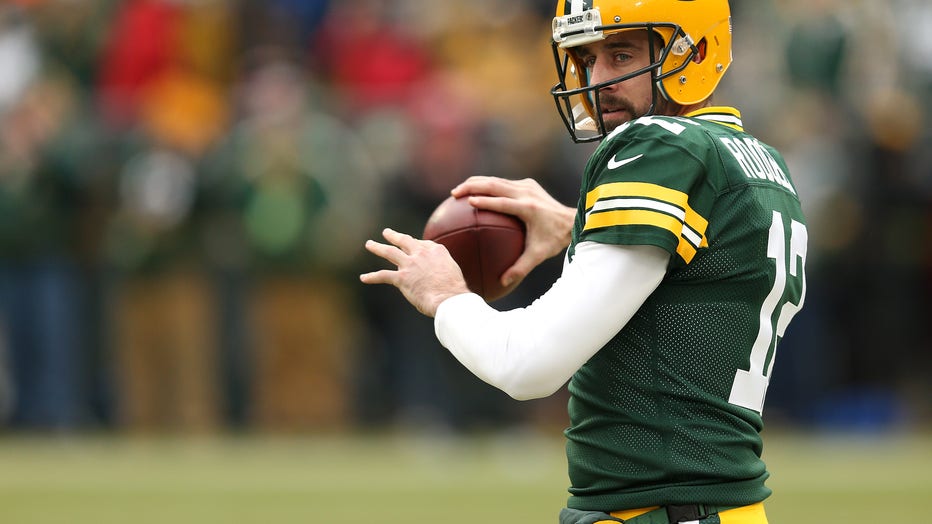 Asked about the issues that led to his frustration, Rodgers gave a reply that lasted nearly six minutes.

The three-time MVP wanted to have a voice in the decision-making process and believed the organization didn’t treat departing high-character veterans with enough respect — mentioning more than a dozen former Packers, including Charles Woodson, Jordy Nelson and Julius Peppers.

He also hoped the Packers would commit to him beyond this season and asked to help recruit free agents. Rodgers indicated he didn’t get the answer he wanted and that the organization instead offered him more money.

"I felt like if you can’t commit to me past 2021 and I’m not part of your recruiting process in free agency, if I’m not a part of the future, then instead of letting me be a lame-duck quarterback, if you want to make a change and move forward, then go ahead and do it," Rodgers said.

Rodgers emphasized that he wasn’t asking for the final say in personnel matters. He just wanted to be in the loop. Without mentioning the receiver by name, Rodgers cited the Packers' decision to cut Jake Kumerow last year and wondered why team officials couldn't have given him the chance to talk them out of making that move.

"The rules are the same for most people, but every now and then there’s some outliers, guys who’ve been in the organization for 17 years and won a few MVPs, where they can be in conversations at a different, higher level," Rodgers said. "I’m not asking for anything that other great quarterbacks across the last few decades have not gotten, the opportunity to just be in conversation." 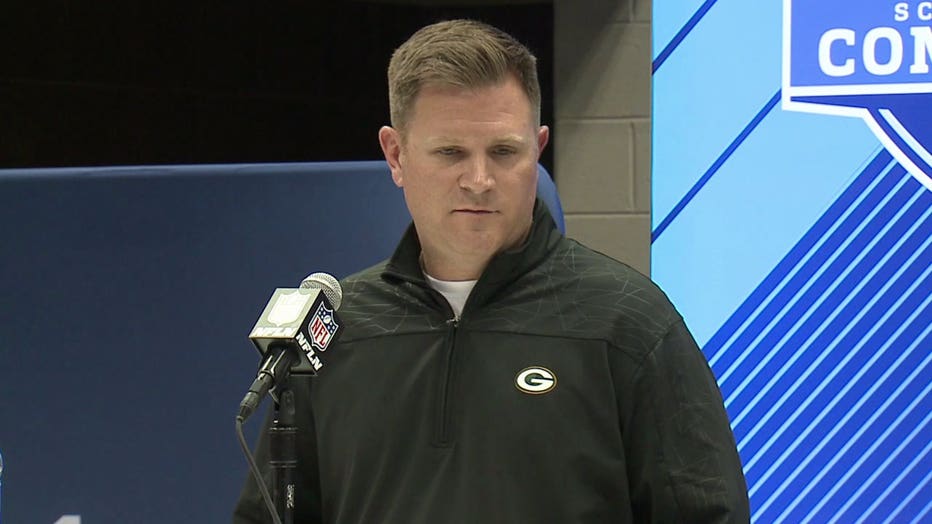 Gutekunst said Rodgers would be involved in the team’s decision-making process, but added that’s not a change from how the Packers have operated in the past.

"Aaron’s had kind of the same input he’s always had, I think, which has been a lot," Gutekunst said. "He’s earned a place at the table. I think he always has. I think one of the things to this offseason I think is learning how to incorporate that."

One potential transaction could indicate Rodgers is getting a bigger role.

Veteran receiver Randall Cobb sent out a tweet Wednesday with the message "I’M COMING HOME!" along with a picture of himself in a Packers uniform. Cobb spent his first eight seasons in Green Bay before playing for Dallas in 2019 and Houston in 2020. 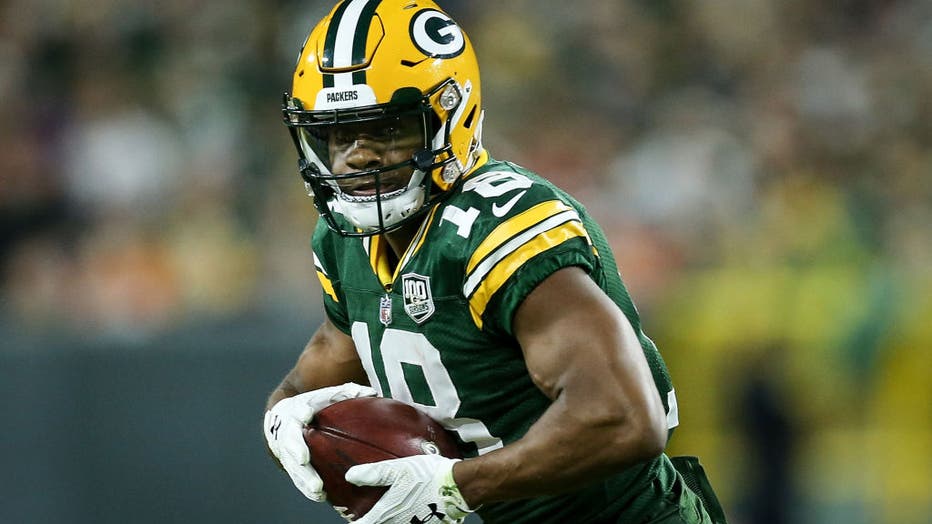 GREEN BAY, WI - SEPTEMBER 09: Randall Cobb #18 of the Green Bay Packers runs with the ball in the third quarter against the Chicago Bears at Lambeau Field on September 9, 2018 in Green Bay, Wisconsin. (Photo by Dylan Buell/Getty Images)

Gutekunst said he couldn’t comment on Cobb because a trade with Houston hasn’t been finalized, but Rodgers noted that "I’m really excited Randall’s coming back."

Rodgers threw for a league-high 48 touchdown passes with only five interceptions last season while helping the Packers lead the league in scoring. He led the NFL in passer rating and completion percentage.

No wonder the Packers were celebrating Rodgers' arrival in camp. Packers coach Matt LaFleur conceded that "quite frankly we were very unsure" about whether they'd have him back. 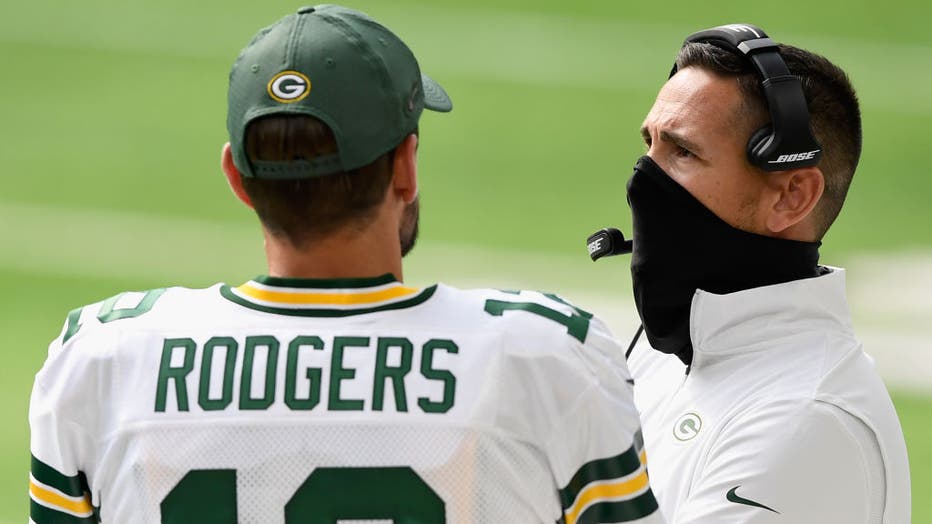 Rodgers said conversations with current and former teammates "refueled the fire" as he prepares for his 17th season with the Packers, one year longer than the Green Bay tenures of Hall of Fame quarterbacks Bart Starr and Brett Favre.

"I love my teammates," Rodgers said. "I love the city. I love my coaches."

The Packers understand what's at stake this season with their most notable players facing uncertain futures. 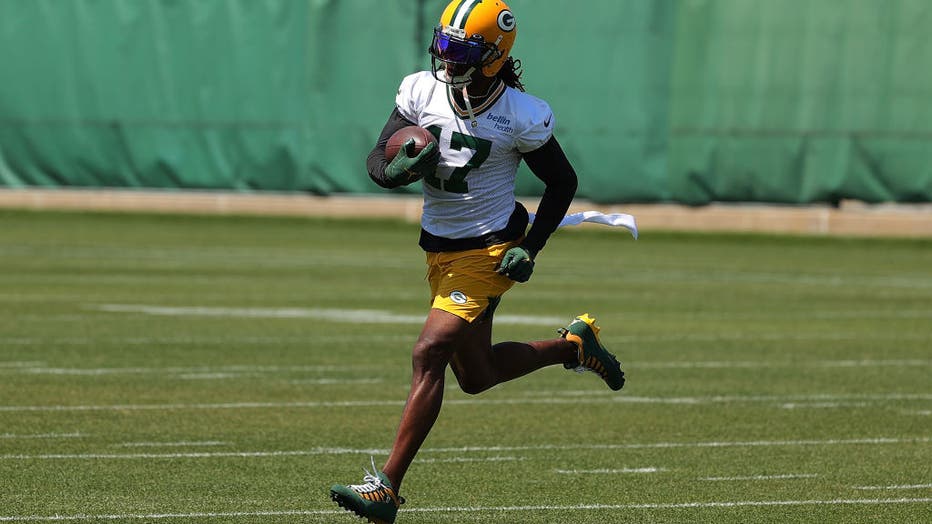 All-Pro receiver Davante Adams, who is entering the last year of his contract, says he's disappointed in the progress of negotiations and believes he should be the league's highest-paid wideout. But the biggest questions surround Rodgers and whether this will be his final season in Green Bay.

"I’m definitely not closing the door on anything," Rodgers said. "I’m always optimistic in the ability to change. I would never want anybody to give up on me, and I feel like I’ve made a lot of changes over the years to try and improve myself both as a person, as a teammate, as a player, and I’m always going to be optimistic in change being possible.

"But you know, (former Packers assistant coach) Darren Perry said a quote one time that has always stuck with me ... ‘You can’t motivate people, but you can inspire people.’ And true motivation ultimately comes from within. So people have to be willing to make those changes."

After the Packers opened training camp, reigning MVP Aaron Rodgers present, FOX6 News asked fans what they thought about the quarterback and his relationship with the team.