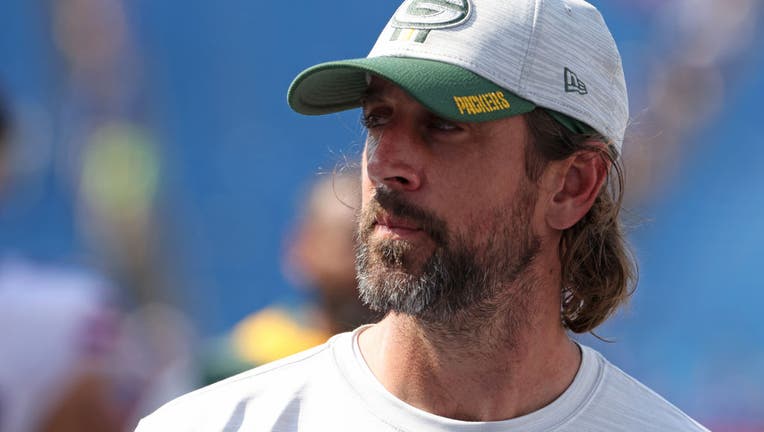 GREEN BAY, Wis. - The goal of a division title for Green Bay’s competitors felt in closer reach during the offseason, the rift between Packers leaders and Aaron Rodgers creating legitimate curiosity about whether the three-time league MVP would return to the only franchise he's ever played for.

Well, he's back in green and gold — never left, really — with a last-chance vibe surrounding his chase for a second Super Bowl ring after losing in each of the past two NFC championship games.

"I don’t want a farewell tour," the 37-year-old Rodgers said. "I don’t know what’s going to happen after the season, but I’m going to enjoy it with the right perspective, for sure."

NFL teams are normally absorbed in developing their own players, hesitant to publicly comment on another club's issues for fear of what could be coming around their own corner.

There's no doubt, though, that Chicago, Detroit and Minnesota were paying attention while Rodgers skipped spring practices and spoke openly about his frustration with the approach of the front office.

The drama surrounding Rodgers and his future likely hasn't disappeared, but the expected transition at quarterback to Jordan Love can wait for now.

The Packers are loaded for another run at a title after 13-3 records in their first two years with coach Matt LaFleur, still riding the enviable wave of having a Hall of Fame-caliber quarterback in place since Brett Favre took over in 1992. Rodgers replaced him as the starter in 2008, and the Packers have won the NFC North seven of 13 times — plus the Super Bowl after the 2010 season.

Because of the COVID-19 pandemic, more and more businesses are going cashless. But will this practice stick around -- or it is just a trend?

Suspect wanted for pointing gun near 35th and Lapham

Police are asking for the public's help identifying and locating a suspect wanted for pointing a firearm at a person near 35th and Lapham around 12:45 p.m.

Milwaukee’s performing arts organizations will require COVID-19 vaccinations or proof of negative test within 72 hours of events for all audience members 12 and up attending indoor performances beginning in September.