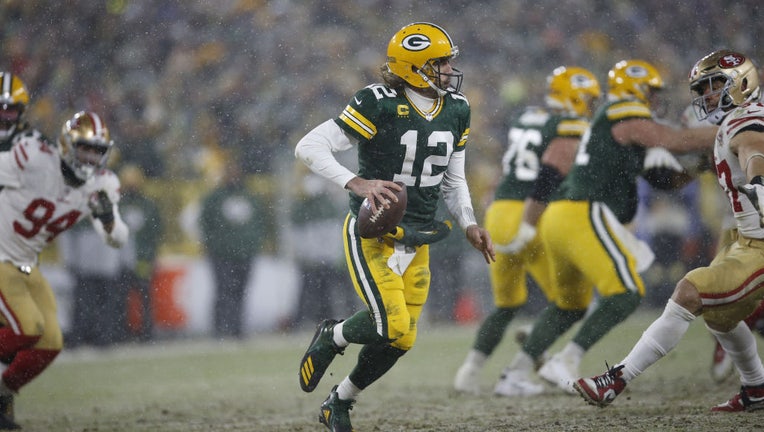 GREEN BAY, WISCONSIN - JANUARY 22: Aaron Rodgers #12 of the Green Bay Packers looks for a receiver during the game against the San Francisco 49ers in the NFC Divisional Playoff game at Lambeau Field on January 22, 2022 in Green Bay, Wisconsin. The 49

GREEN BAY, Wis. - Aaron Rodgers was curiously left off the Green Bay Packers’ promotional photo on Monday revealing the team was going to play one 2022 regular-season game in London.

Rashan Gary, Aaron Jones, Jaire Alexander, David Bakhitiari and Matt LaFleur was seen in the photo recreating The Beatles’ cover photo for their 1969 record "Abbey Road." Rodgers, whose future with the Packers appears to be in question with the start of free agency around the corner, was not in the picture.

Green Bay is set to play at Tottenham Hotspur Stadium in 2022. The team had been the last remaining club to play a game in the NFL International Series.

"This is something the league office has been talking to us for a long time about. We were the last team to play a game internationally," Packers President/CEO Mark Murphy told the team’s website. "The fans there are really going to relate well to the Packers organization. It's a great opportunity for NFL fans in Europe to become more familiar with the Packers and be more likely to come to Lambeau for a game in the future."

Whether Rodgers is the quarterback during that game or the start of the 2022 season is still in question.

According to NFL.com, the Packers and Rodgers are working on a deal and are "having discussions." A potential deal would reportedly deal for the short-term and make Rodgers the highest-paid player in the NFL on an annual basis. 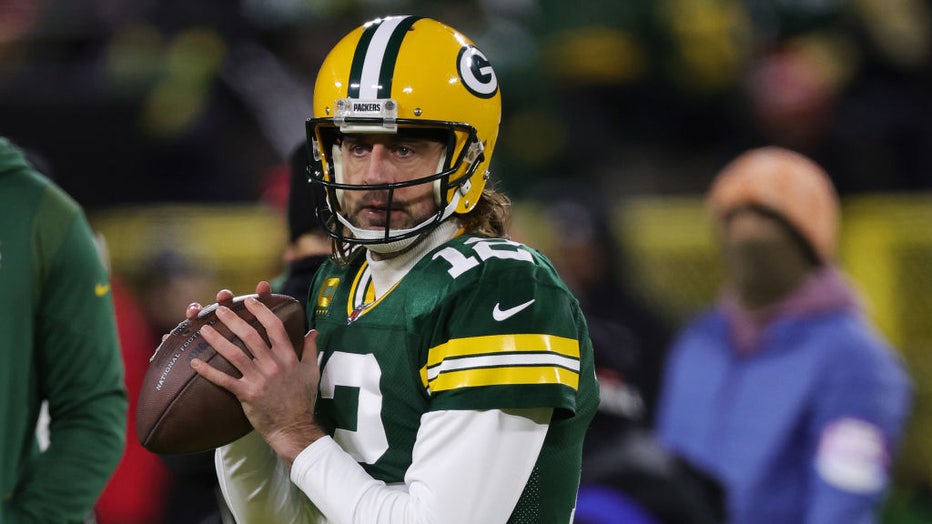 GREEN BAY, WISCONSIN - JANUARY 22: Aaron Rodgers #12 of the Green Bay Packers warms up before the game against the San Francisco 49ers in NFC Divisional Playoff game at Lambeau Field on January 22, 2022 in Green Bay, Wisconsin. (Photo by Stacy Revere

Green Bay will also have to make a decision on whether to re-sign Davante Adams as well.

Rodgers is coming off his second straight season and the third consecutive year of losing in the NFC playoffs. He had 37 touchdown passes and 4,115 passing yards in 2021.

Despite a rocky 2021 season, the Green Bay Packers may bring back longtime kicker Mason Crosby in 2022.

Interstate 43 will be reduced to two lanes in both directions between Bender Road and Capitol Drive starting Saturday, March 5.