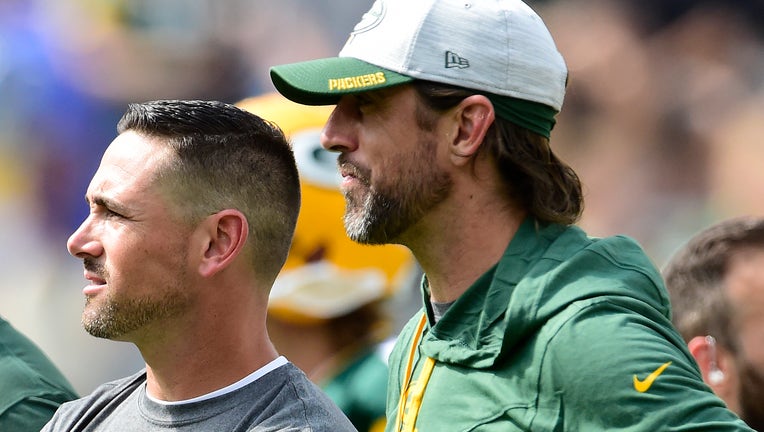 GREEN BAY, WISCONSIN - AUGUST 21: Head coach Matt LaFleur of the Green Bay Packers talks with Aaron Rodgers #12 during warmups before a preseason game against the New York Jets at Lambeau Field on August 21, 2021 in Green Bay, Wisconsin. (Photo by Pa

The Green Bay Packers star was a touchdown away from making his second Super Bowl appearance of his career and for someone who has played as great as he has over the course of his career, he will be looking to pad his resume with another championship ring.

Rodgers acknowledged on Thursday he understood what was at stake heading into the 2021 regular season.

"I think we all know what’s at stake. I talked about that a little bit the other day about perspective and how important that perspective is to focus on this season and enjoy the most out of this season, because there are a lot of unknowns," Rodgers told reporters during a press conference.

The 2020 NFL MVP was the center of a dramatic offseason with his time in Green Bay, and in the NFL in general, coming into question.

He also acknowledged the organization’s salary cap situation, saying the team had to "jump through some hoops" to get under the cap.