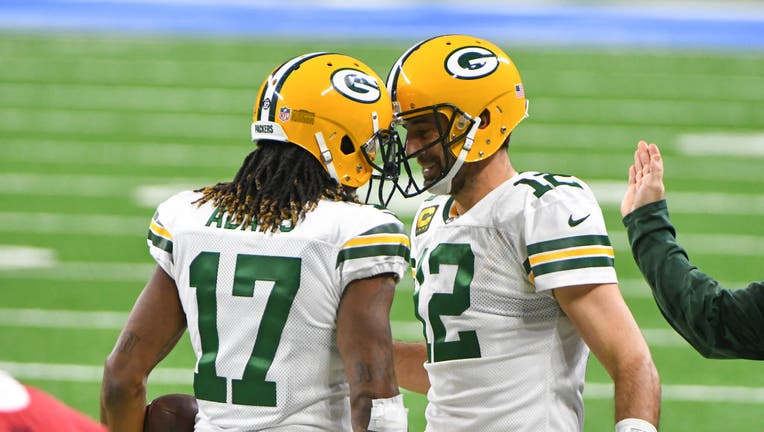 Rodgers and Adams ominously both posted the same picture from "The Last Dance" to their Instagram stories. The iconic image shows Michael Jordan and Scottie Pippen exchanging fistbumps in what would be their final season with the Chicago Bulls.

There’s a lot to unpack there.

Is Rodgers confirming he’ll return to Green Bay for one "Last Dance" or are he and Adams saying they’ve already played their final game for the Packers? Who knows, but the timing of the post could hint at the latter of the two.

Sources told the NFL Network on Friday that contract talks between Adams and the Packers regarding a long-term extension have broken off after months of negotiating. Adams, who is set to be a free agent after the 2021 season, is looking to be made the highest-paid wide receiver, according to the report.

The four-time pro Bowler has made his intentions of returning this season clear but noted that the Rodgers situation could play a role in a long-term extension.

Rodgers and Adams have a strong chemistry both on and off the field. Adams told Fox News in an interview last month that he "backs him" entirely, as does the locker room.

"I back him and I support him whatever he does. It’s just kind of how we get down. We’ve always had each other’s backs since I first got here," he said at the time. "I think everybody’s mindset, everybody is going to love Aaron the same way when he returns, and obviously it’s been a little bit of a confusing situation but there hasn’t been any negative talk or anything like that. Everybody’s behind him."

For now, Green Bay fans will have to weather the uncertainty -- but not for too much longer. The Packers are set to return for training camp on July 28.

The University of Wisconsin System plans to offer nearly $500,000 in scholarships this fall to students who have been vaccinated against the coronavirus.