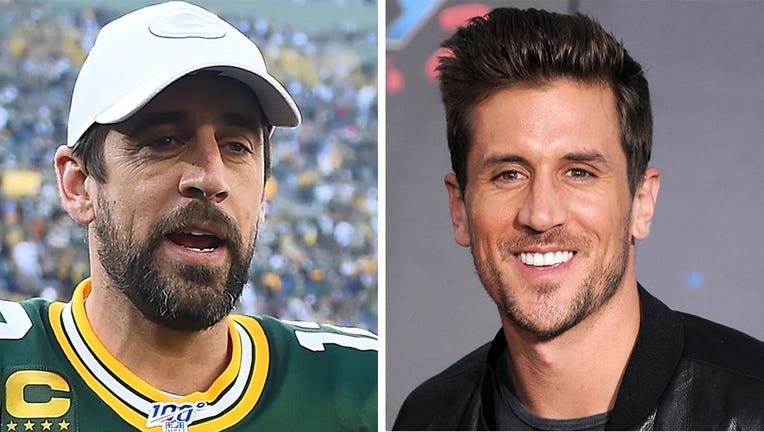 Aaron Rodgers, left, revealed he's open to the possibility of reconciling with his estranged family, including his brother, Jordan Rodgers. (Getty)

Aaron Rodgers might be ready to reconcile with his estranged family.

The Green Bay Packers quarterback reportedly had a falling out with his family in 2014. The issue was publicly discussed when his brother Jordan Rodgers appeared on "The Bachelorette," but neither side has ever revealed the full cause of the rift.

Now, the NFL star has opened up about the "possibility of reconciliation" in a recent interview.

"I do believe in healing and I believe in the possibility of reconciliation at some point," Rodgers said on the "Aubrey Marcus Podcast."

"But, it's a different journey for all of us, and to judge on the outside about what should be or what it should look like, or who's wrong or who's right, is just a game I've never wanted to play and still don't want to play.

Rodgers explained that he has "no bitterness in [his] heart."

"I have no resentment," he added. "I just have deep love and appreciation for the lessons that I learned, and the fact that if I hadn't been raised that way, all the good and all the frustrating, there's no way I'd be sitting here today."

The last time Rodgers spoke publicly about time spent with his parents was in 2018. He revealed that he was "with [his] folks" for his birthday.

Rodgers also opened up about his relationship with race car driver Danica Patrick in the podcast interview.

"I was dating Danica, and that relationship was great for me because she is on her own journey and spirituality is important to her," the NFL star said. "We both were finding our way, learning about different things [and] practicing meditation techniques."

The two began dating in 2018 before splitting in 2020. Rodgers quickly moved on with actress Shailene Woodley. The two confirmed their engagement in February 2021, but split just a year later.