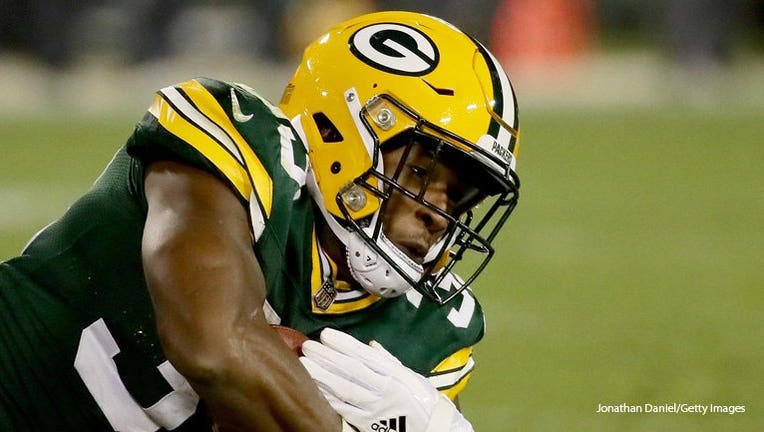 GREEN BAY, Wis. - Packers running back Aaron Jones joined The Rich Eisen Show on Thursday to discuss the rift between the team and Aaron Rodgers.

"I'm just sitting back," said Jones. "I see what everybody else sees. I haven't heard from Aaron or anybody so I'm just going to wait until I get up to Green Bay and see for myself or hear it from him myself."

The 26-year-old said he has not talked to his quarterback since the draft and he's blocking out everything in the media.

"I don't get caught up in reading the articles and things like that. I'm just waiting until it plays out and control what I can control."

"He's a great leader, a great player and a great person off the field and somebody to learn from. He probably believes in you more than you believe in yourself when you're first coming in. He just helps players develop so I love having him around. I hope he continues to be my quarterback."

As for how this story will eventually end, Jones can only hope for the best.

"I hope he's our quarterback. I hope he's there week one handing it off and it all works out."