The Wisconsin Department of Health Services reported more than 2,000 new COVID-19 cases on Thursday. Despite the rise, testing is down in the state's most populated county.

MILWAUKEE - As the COVID-19 pandemic continues, health officials are concerned -- especially because in Milwaukee County COVID-19 testing has decreased.

In addition to the National Guard sites in Milwaukee, CVS is expanding its COVID-19 testing to four new sites in the county including one in Wauwatosa.

On Thursday, officials reported that 2,034 COVID-19 cases were added in Wisconsin -- a new single-day high.

"This is the worst it's ever been in Wisconsin in terms of the number of new cases," Wisconsin DHS epidemiologist Ryan Westergaard said. 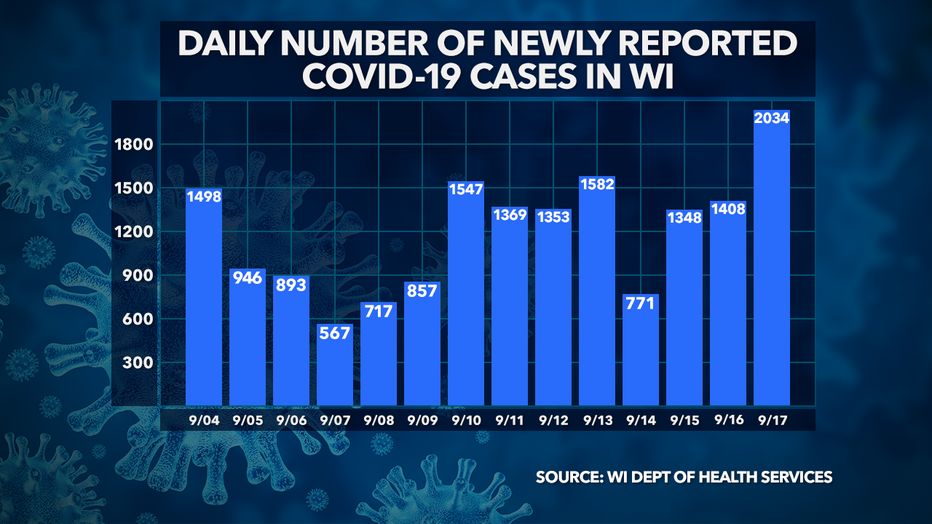 Not only does that blow past the previous single-day record by more than 400 cases, but it's also the first time numbers have surpassed 2,000 in a day.

"I think it's pretty clear it's the college campuses driving this more than anything," Mayor Tom Barrett said.

"We're seeing a significant spike in cases among 18-24 years. Every county except one in Wisconsin is at a high level of disease activity," said Stephanie Smiley, the Wisconsin DHS Interim State Health Officer.

Despite the record, experts say testing has decreased in Milwaukee County since July.  In an effort to inform and reverse that trend, the city is launching TestUpMKE.com which offers a directory of testing sites and resources. 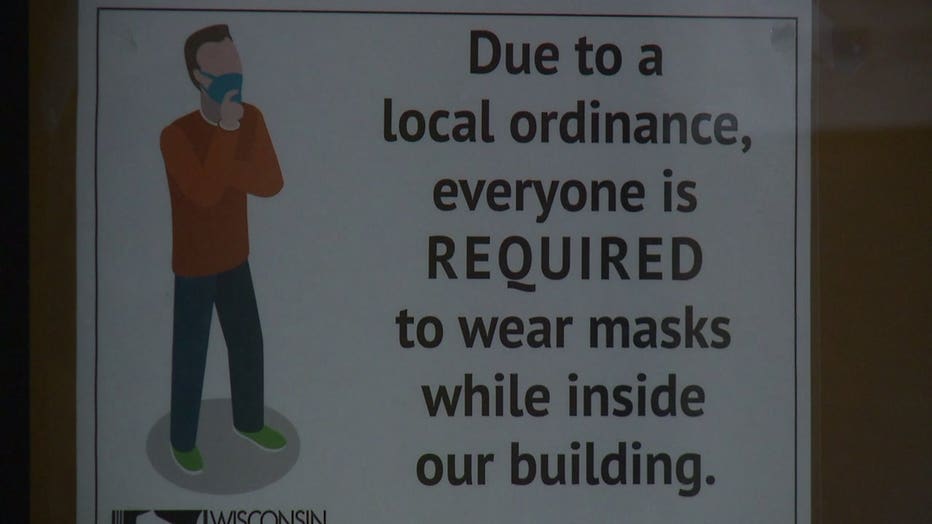 "The site is 100% informed and framed by people like you and me - community members who are living through this pandemic," Milwaukee Community testing initiative co-chair Allison True said.

"We would be starting to see those cases this week," Dr. Westergaard said.

And while the CDC still recommends face masks to stop the spread of COVID-19, the state's mask mandate is set to expire on September 28.  Milwaukee Mayor Tom Barrett says that won't stop schools, stores, or even the city from continuing on with their own regulations.

"Our [mask] mandate is not based in any way with the state mandate. It was done independently," Barrett said.

The interim state health officer is also encouraging mask-wearing, saying it's even important to wear a mask when you're outside and cannot keep physical distance.

The four new locations of CVS testing sites are located at: 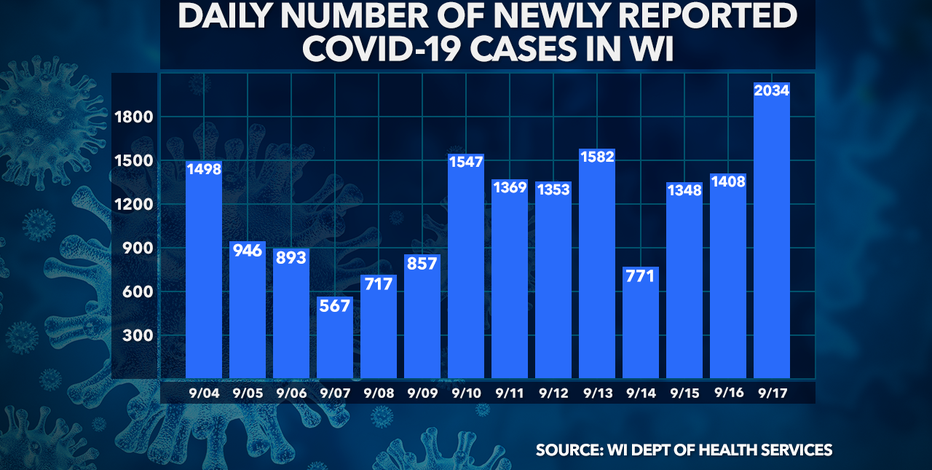 It marks the first time that confirmed cases have surpassed 2,000 in a single day, surpassing the previous single-day high -- 1,582 cases.