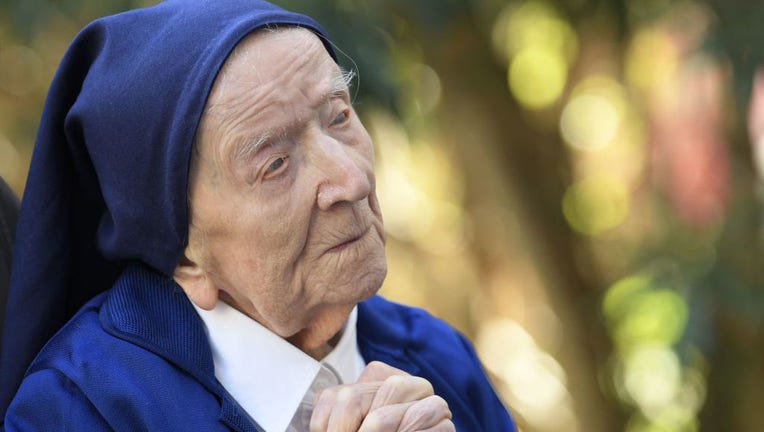 Sister Andre, Lucile Randon in the registry of birth, the eldest French and European citizen, prays in a wheelchair, on the eve of her 117th birthday. (Photo by NICOLAS TUCAT/AFP via Getty Images)

PARIS - A French nun who was believed to be the world’s oldest person has died a few weeks before her 119th birthday, the spokesperson for her nursing home in southern France said Wednesday.

Lucile Randon, known as Sister André, was born in the town of Ales, southern France, on Feb. 11, 1904. She was also one of the world’s oldest survivors of COVID-19.

Spokesman David Tavella said she died at 2 a.m. on Tuesday at the Sainte-Catherine-Laboure nursing home in the town of Toulon.

The Gerontology Research Group, which validates details of people thought to be 110 or older, listed her as the oldest known person in the world after the death of Japan’s Kane Tanaka, aged 119, last year.

Sister André tested positive for the coronavirus in January 2021, shortly before her 117th birthday, but she had so few symptoms that she didn’t even realize she was infected. Her survival made headlines both in France and beyond. 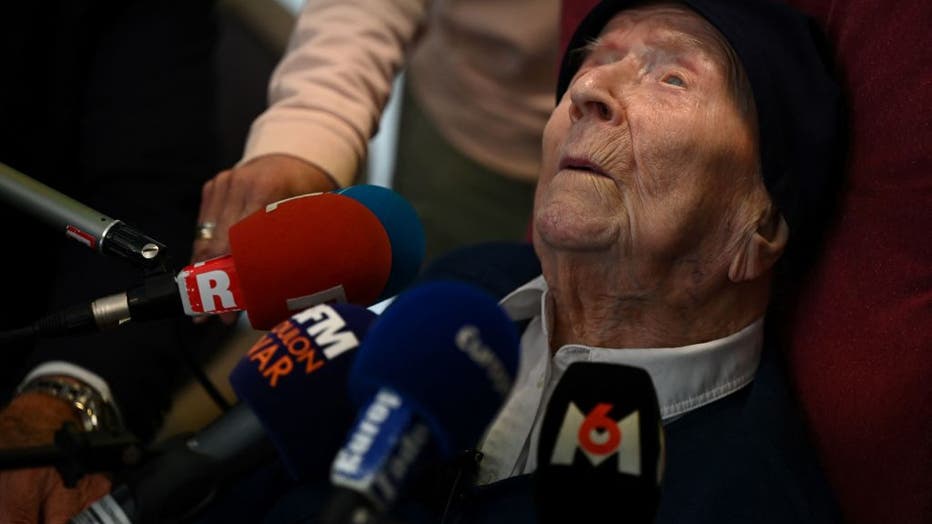 French catholic nun Lucile Randon speaks to the press at the Saint-Catherine-Laboure nursing home where she lives in Toulon, southern France, on April 26, 2022, after becoming the world's oldest known person at 118 following the death announced the d

In April last year, asked about her exceptional longevity through two world wars, she told French media that "working … makes you live. I worked until I was 108."

She was known to enjoy a daily glass of wine and chocolate.

A look at the life and legacy of the country's oldest living America, Hester Ford.

The oldest living known person in the world listed by the Gerontology Research Group is now American-born Maria Branyas Morera, who is living in Spain, and is 115.