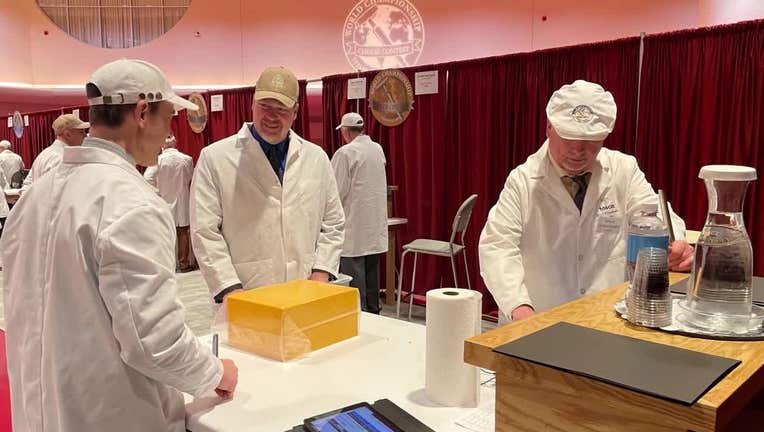 Nearly 3,000 cheese, yogurt, butter and whey entries will be evaluated by a team of judges on Thursday, March 3. The 2022 "World Champion Cheese" will be named.

Hosted by the Wisconsin Cheese Makers Association since 1957, the biennial contest is the largest technical dairy products evaluation in the world.

This year, entries have been submitted across 141 classes by cheesemakers from 29 countries worldwide and 33 U.S. states. The judging team includes cheese graders, cheese buyers, dairy science professors and researchers with more than 700 combined years of experience in the dairy processing industry.

Among the new contest classes this year, the fast-growing favorite – cheese curds – make their official debut at the 2022 World Championship Cheese Contest with classes for both flavored and unflavored curds.

This year’s competition is closed to the public, but spectators worldwide are invited to follow online Thursday when the top 20 finalists are revealed.

A Gruyère made in Bern, Switzerland by Michael Spycher of Bergkäserei Fritzenhaus for Gourmino AG ultimately became the 2020 World Champion Cheese.

Concordia University Wisconsin is working to make sure students at a university in Kyiv have what they need while being forced from home.

Versiti announced on Tuesday, March 1 that it has been awarded a $150,000 grant from the Greater Milwaukee Foundation.