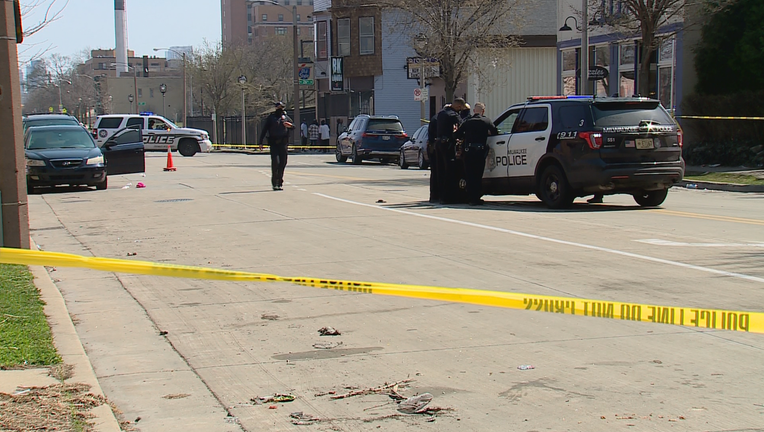 Police at scene of shooting near 26th and State

Two of the victims were seriously injured. All three were taken to the hospital.

Police said a 24-year-old woman was shot and seriously injured near 26th and State around 11:20 a.m. She victim was taken to the hospital for treatment and is in stable condition.

A 35-year-old man walked to a hospital around 4 p.m., seeking treatment after he was shot. He is expected to survive.

The location of the shooting is under investigation.

Police said a 39-year-old woman was outside when shots were fired and she was subsequently struck and seriously injured. She was taken to the hospital and is in stable condition. The incident happened near 8th and Burnham around 4:20 p.m.

The circumstances that led to all three shootings are under investigation, and police continue to seek unknown suspects.

Anyone with any information about the incidents is asked to contact the Milwaukee Police Department at 414-224-TIPS or P3 Tips App for a cash reward.

Milwaukee police say a 26-year-old man is in custody following a quadruple shooting near 26th and Capitol early Wednesday, April 7.

Prosecutors say the shooting death of Jason Cleereman was the result of road rage and detectives used surveillance to piece this case together.

The shooting is the result of an argument near Holton and Meinecke. The victim was taken to the hospital and is in stable condition.