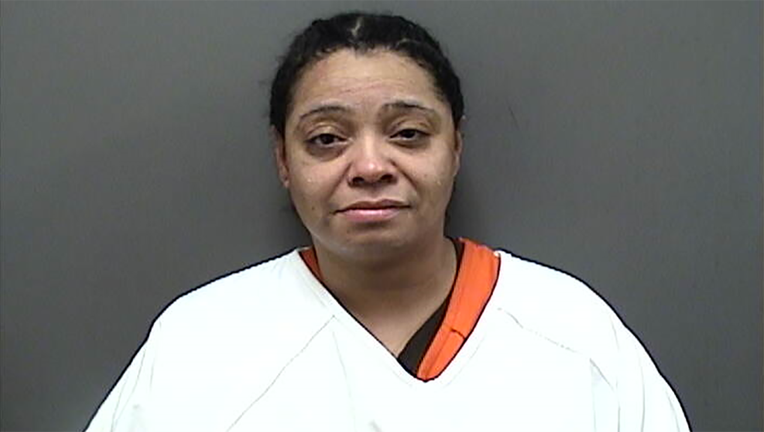 RACINE, Wis. - A 40-year-old Kenosha woman is accused of stabbing or cutting multiple people at a Racine residence on Thursday evening, March 4. The accused is Asumandez Soltero -- and she faces the following criminal counts:

According to the criminal complaint, police were dispatched to a residence on S. Memorial Drive near Riverview Terrace for a report of an assault. Dispatch told officers "the call started out as appearing to be a loud argument." Dispatch also indicated "reporting parties were stating that several people had been stabbed or cut with a knife, and that 'blood was everywhere.'"

When officers arrived on the scene, they detained the suspect, Soltero, outside of the residence -- she matched a given description.

Investigators questioned multiple people at the scene. They learned one of the injured persons had been hosting friends at his apartment. At some point, Soltero's boyfriend received a phone call -- and he handed his phone to another person, "which caused SOltero to become highly jealous and angry," the complaint says.

The complaint says "Soltero poured a beer over her boyfriend." When she was asked to leave the apartment, Soltero "went to the kitchen area of the apartment and grabbed a large butcher style kitchen knife" and began to thrust and stab at people. Several people suffered stab or cut wounds.

Soltero made her initial appearance in court on Friday, March 5. Cash bond was set at $1,000. She is due back in court for a preliminary hearing on March 11.

A Milwaukee man charged in the fatal shooting of Jason Cleereman during a road rage incident last September has been arrested in Kentucky.

Police are investigating a bank robbery that led to a pursuit shortly before 7 p.m. on Thursday, March 4.

A Wisconsin family is hoping someone will be able to help save their daughter's life. An adult is needed for a liver donation for 16-day-old Lydia Pennenberg.