Wisconsinites turn out for 1st day of early voting

MILWAUKEE - Across Wisconsin, early voting kicked off on Tuesday, Oct. 20. The nation will be watching what those voters decide in the battleground state with the Nov. 3 election just two weeks away.

In 2020, House Speaker Nancy Pelosi said, "It's all riding on Wisconsin." President Trump said in Janesville, "If we win Wisconsin, we win the whole ball game."

Who wins depends on who turns out. Milwaukee voter turnout in 2016 sunk by 40,000 compared to 2012. President Trump won the state by fewer than 23,000 votes. It's one of three of the past five presidential elections in Wisconsin decided by less than a point. 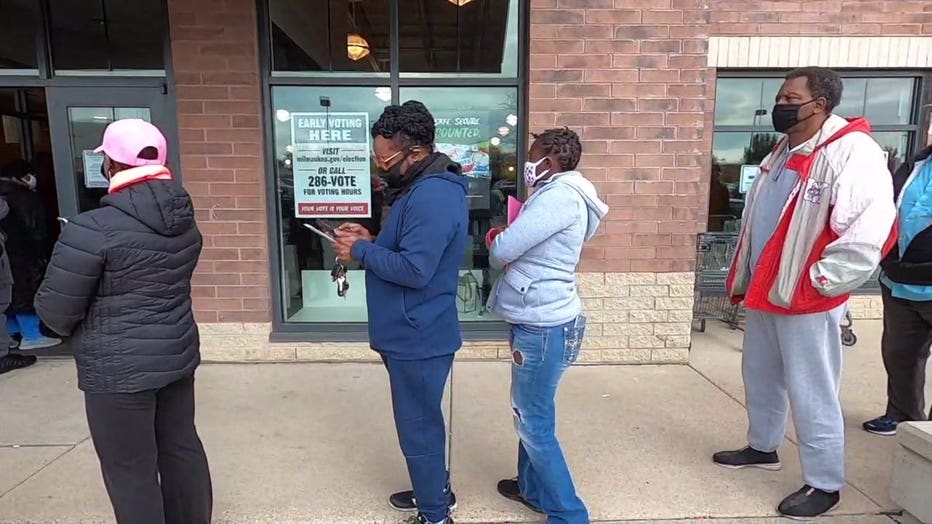 "I think it's going to be a lot of voters, a lot more voters, because of all of the mess that's been going on. That's why we're getting out here today," said Milwaukee voter Denelle McManus.

Fourteen early voting sites were open in Milwaukee, the state's largest city and a hot spot for presidential campaign ads on television. The city ranks seventh nationwide in total TV ads from both campaigns, according to a recent study. 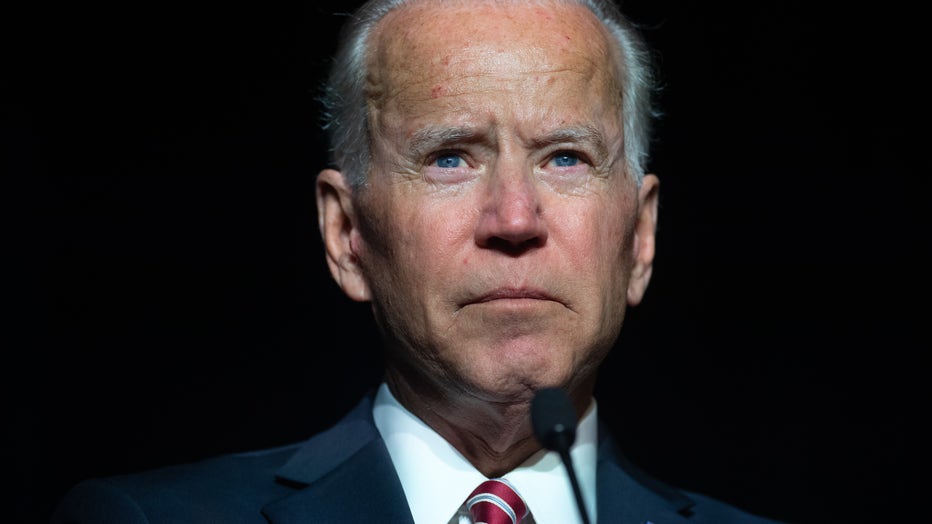 "I would crawl to get to this line, to vote this clown out of office. I have no respect for our current administration," Lotti Smith said as she lined up to vote for Joe Biden.

"The country is messed up. We need to change it, and the only way to change it is to vote," said Milwaukee voter Archie Banks, who plans to vote for Joe Biden.

Answers like Banks' aren't surprising in Milwaukee. Democrat Hillary Clinton captured 76% of the city's votes in 2016.

Milwaukee officials talk about the importance of in-person early voting

Milwaukee officials talk about the importance of in-person early voting

In Brookfield, though, a city President Trump won with 56% in 2016, many voters lined up to cast their early decision for the incumbent.

"He is an Energizer bunny," said Brookfield voter Barbara Bitton of President Trump. "I mean, in his time in office, he has really done a great job with foreign policy. ISIS is gone, stability in the Middle East, he has really championed the unborn." 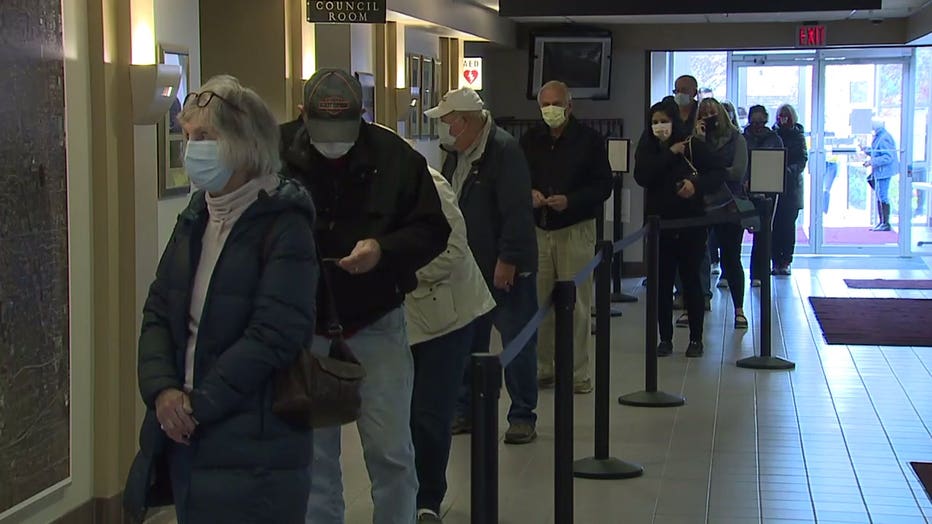 President Trump was the first Republican nominee to win Wisconsin since Ronald Reagan in 1984.

"He's not for making taxes high. He wants to lower taxes. And, when he was president all these years, my taxes went down on my paychecks," Rebecca Heber said outside Brookfield City Hall, as she waited in line to cast her vote for President Trump.

All early voting is done by absentee ballots; clerks cannot start to count them until 7 a.m. on Election Day.

Here’s a schedule for the early voting sites in Milwaukee:

Please note that not all sites have the same schedule.

Independence First and Manitoba School are by appointment only. Appointment requests will be considered after Oct. 20. Note that requests are honored based on the voter's inability to vote at any of the other sites during the scheduled voting hours. Email kdzapat@milwaukee.gov to request an appointment.

The family of Jacob Blake along with a number of African-American led organizations gathered in Kenosha at 12:30 a.m. on Tuesday, Oct. 20 to march to Milwaukee.

Will Trump win Kenosha County as in 2016, or will Biden flip it?

Kenosha is a swing county in a swing state that served as the tipping point in 2016, giving President Trump enough electoral votes to win.