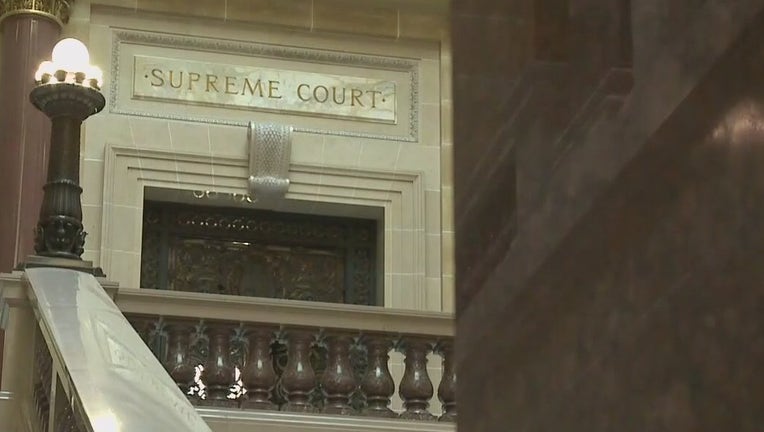 MADISON, Wis. - The Wisconsin Supreme Court's conservative majority on Wednesday issued a ruling limiting when people who sue over open records requests can recover attorney's fees, a decision that the court's liberals and advocates for open government decried as gutting the law.

"Today is a dark day for transparency in Wisconsin," said Tom Kamenick, president of the Wisconsin Transparency Project, in a statement.

The court's three liberals said the ruling will frustrate the goal of the 40-year-old open records law, which is to shine light on the work of state government. They said it will give government entities an incentive to delay releasing records to people who may not be able to afford to continue a legal fight.

"By reinterpreting the law to reward government actors for strategically freezing out the public’s access to records, today’s decision will chill the public’s right to an open government," Justice Jill Karofsky wrote. She was joined by Justices Ann Walsh Bradley and Rebecca Dallet.

The majority opinion was written by Justice Brian Hagedorn. He was joined by Chief Justice Annette Ziegler and Justices Patience Roggensack and Rebecca Bradley. It came in a case related to an open records request filed with the city of Waukesha by a group concerned about plans to build and operate a baseball stadium in a city park.

The group, Friends of Frame Park, sued in 2017 after its request for a copy of the draft contract for the stadium's construction was denied. Two days later, the city fulfilled the request. It argued that the lawsuit was thus moot.

The Supreme Court, in determining what legal fees should be awarded, said the test to be used should be based on whether there is a court order.

The Wisconsin Freedom of Information Council, which advocates for the open records and open meetings laws, called the ruling "a body blow to the state’s traditions of open government" and said it gives authorities new opportunities to deny access to public information.

"It undermines the provision in the open records law that allows litigants to recover actual costs and attorney’s fees in cases in which access to records is wrongfully denied," the council said.

The dissenting justices said the ruling will make it cost-prohibitive for many to bring open records lawsuits.

"Absent robust fee shifting, the promise of our public records laws is rendered a dead letter for all but the select few with means, leading to fewer record requests, more delays in the release of information, and, ultimately, a less informed electorate," Karofsky wrote for the minority.

Both the Wisconsin Freedom of Information Council and Kamenick, who leads the Wisconsin Transparency Project, called on the Legislature to clarify the law so that attorney's fees could be awarded as they have been before Wednesday's ruling.