Wisconsin State Patrol has a number of troopers on the force from overseas. FOX6 shares the stories of some international law enforcement members.

WAUKESHA, Wis. - They keep busy stretches of Interstate 94 and other state roads safe from speeders and crashes, but a number of state troopers don’t think of Wisconsin – or even the United States – as "home."

FOX6 News met 30-year-old Richard Callus on his first day as a Wisconsin state trooper. It seemed pretty routine; he got assigned his squad and finished some paperwork. The only thing foreign…was his accent.

"It played in my mind maybe, that people would think this is a joke?" said Callus.  "Hopefully the car might persuade them a little bit, perhaps."

Callus is from Leicestershire – across the pond – in the United Kingdom. Located between London and Manchester in the heart of the U.K., it’s a far cry from the streets of Racine County he now patrols.

"The good thing is – coming to the U.S. – so many things do translate," said Callus.  "Treating people with respect. That’s universal. I’m hoping to take the best bits I’ve learned from the U.K. with the good training from the (Wisconsin) State Patrol and hopefully go to some good places with that." 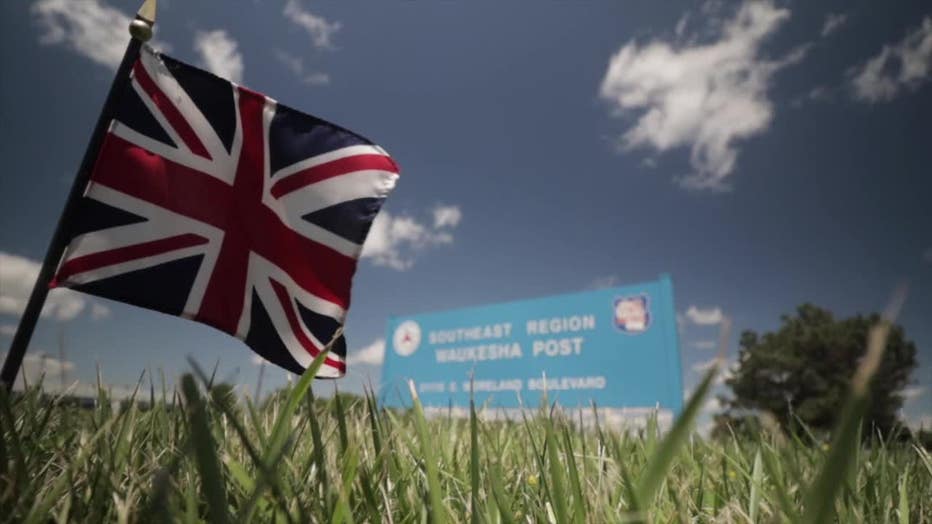 Callus spent 11 years working for Leicestershire Police. His wife is from Wisconsin.

"We were actually long-distance for five years. Every two months, we were traveling backwards and forwards," he said.

When Callus heard about a job opening with Wisconsin State Patrol, he jumped at the opportunity. After 26 weeks of training, he graduated in June.

It turns out, Callus isn’t even the only Wisconsin State Patrol trooper with an international background. The department draws recruits from all corners of the globe. Among Callus’ graduating class were a trooper from Barbados and another from Venezuela.

Wisconsin State Patrol doesn’t require U.S. citizenship. Employees have to be able to prove they can work in this country without sponsorship. The department won’t sponsor work visas. 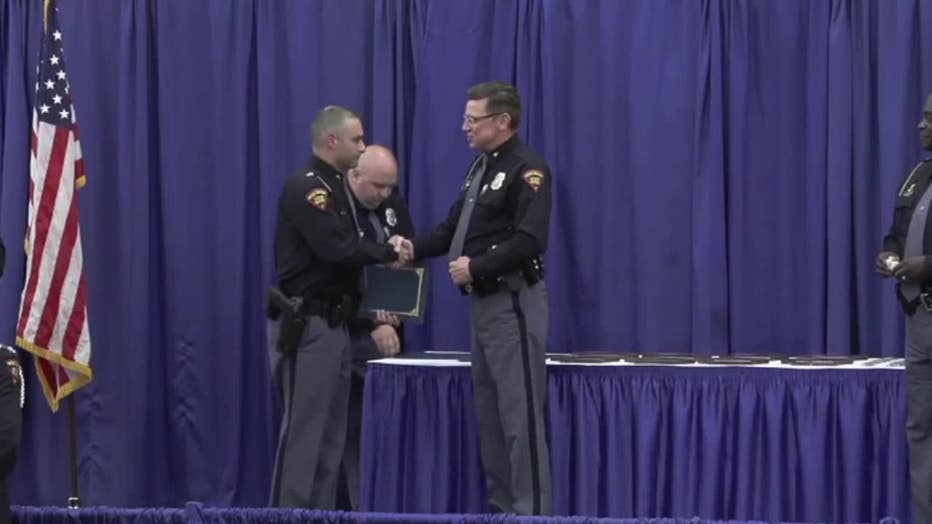 "The people of Wisconsin, they are extremely friendly and welcoming. From the moment I landed here about five-ish years ago, I’ve always felt welcome here," said Trooper Lucas Gavioli.

Gavioli was born in Brazil. He is stationed in Columbia County and graduated from the academy last year.

"It allows me to have a different perspective once I’m at a traffic stop…or if I’m hearing someone’s story. Especially if they are from out of the country, I can help explain a rule maybe they didn’t understand, and we still have to enforce, but sometimes we get a little of that perspective of someone who’s not from here," he said. 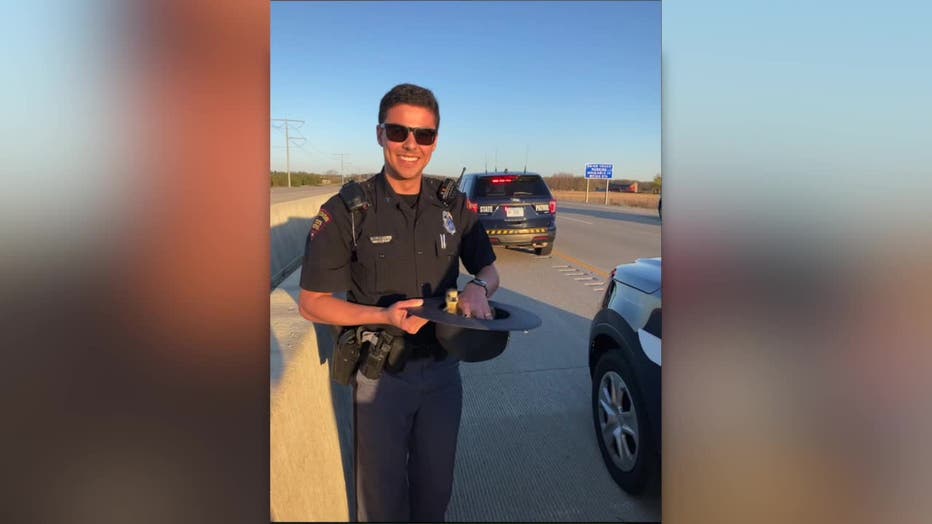 Callus experienced a different kind of culture shock; as a law enforcement officer in the U.K., he did not carry a gun.

"I would say Leicestershire Police maybe had 5% to 7% of our officers were armed," he said. "We don’t really have access to firearms like we do here in the U.S. – Second Amendment rights – those types of things."

Callus didn’t grow up around guns. This new job changed that.

"I actually took a concealed carry class before going to the academy to try and increase my knowledge a little bit on firearms," said Callus. 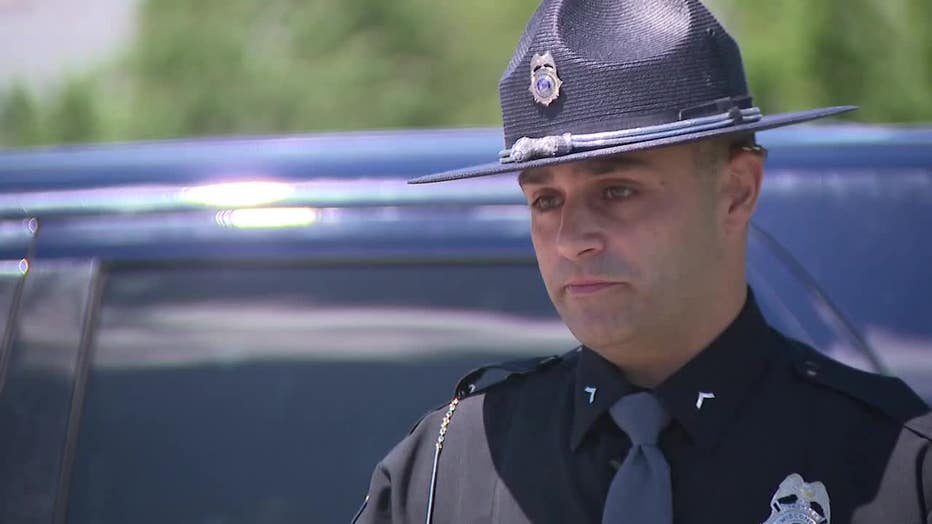 There are things he misses about home – like family and his favorite foods.

"I’m a nightmare for Cadbury’s chocolate. But I’m a little bit pretentious. I like chocolate from England, I’m sorry," Callus said.

Still, there are some things in Wisconsin he loves: "I love cheese curds – even better if they are deep fried. That was a new thing. We don’t have cheese curds in England." 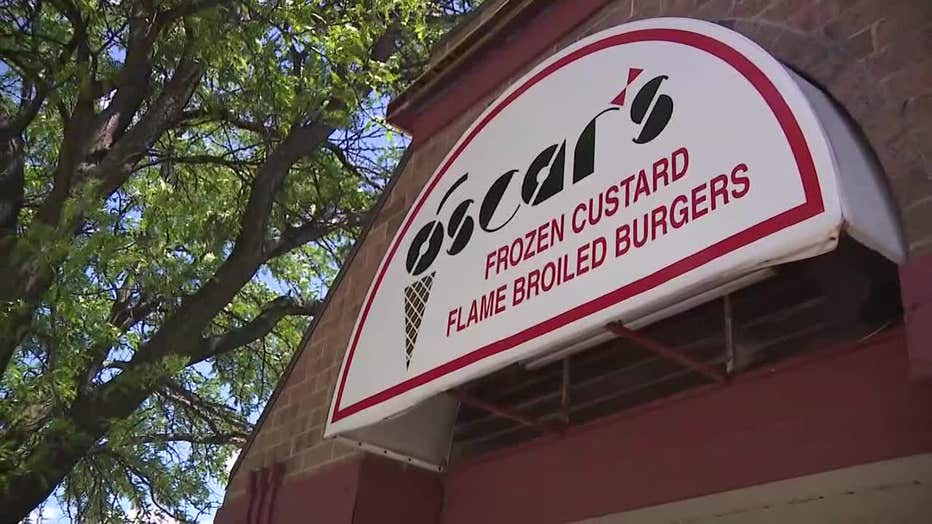 "People do hear my accent and go, that’s not – unusual but OK," said Callus. "My plan is to just be myself. That’s a good thing for policing in general: different perspectives and different ideas."

A true blend of cultures leaving their mark on Wisconsin.

"It’s been a really wonderful journey so far," Callus said with a smile.

Wisconsin State Patrol told FOX6 it does not keep any statistics on the number of non-U.S. citizens hired into sworn officer positions. There have been at least a couple of international graduates the past few years.