Part of the Hank Aaron State Trail has been closed during the Wisconsin State Fair. Fair officials said it's due to safety concerns, leading to frustration for some who use the trail.

WEST ALLIS, Wis. - Part of the Hank Aaron State Trail has been closed during the Wisconsin State Fair. Fair officials said it's due to safety concerns, leading to frustration for some who use the trail.

A group that relies on the Hank Aaron Trail to commute to work and otherwise get around said they feel there was no warning that it was going to be closed.

The person who made the decision to close the trail section during the fair said it had everything to do with safety.

It's the first time fair officials decided to close the Hank Aaron State Trail from 76th Street to 84th Street, which cuts through a portion of the Wisconsin State Fair grounds. Chairman of the Board John Yingling said the move was crucial in securing the area. 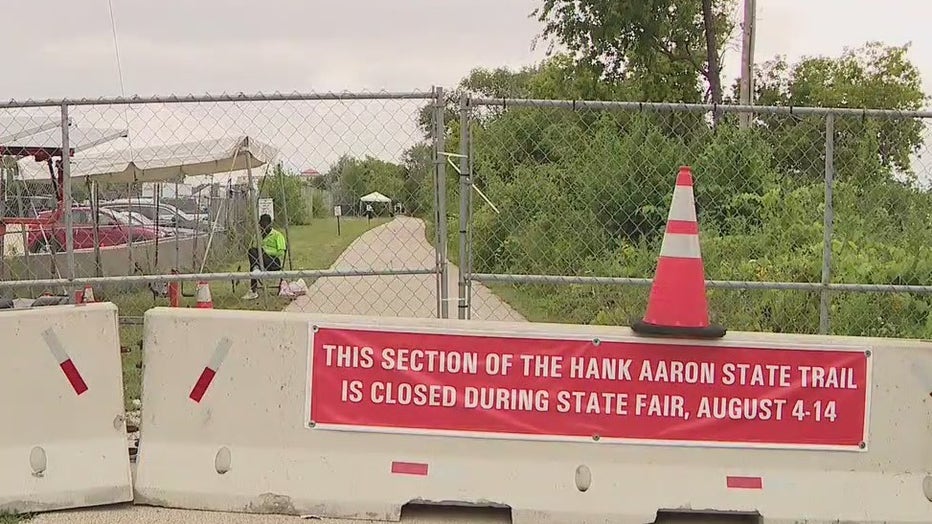 "This is not a gate. This is basically a run-through," said Yingling. "This is the thing that I worried about is, this in an elevated platform where one can easily come into, fire and leave, and that’s a problem and that’s what we’re trying to prevent."

"I think everybody would agree it’s better to err today on the side of making sure people are secure rather than trying to take a risk," said Yingling.

Not everyone seems to be on that same path of thinking. A group of cyclists gathered Monday, Aug. 8 with a message of disappointment. 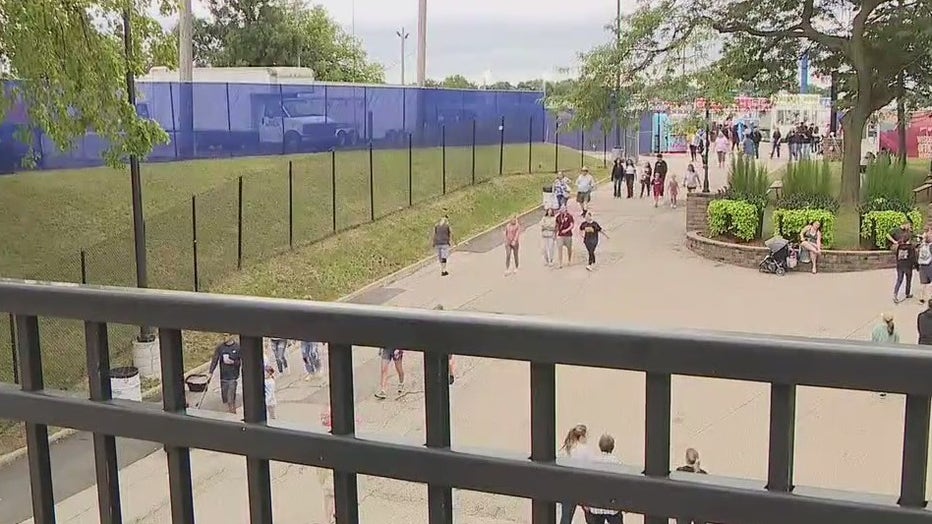 "Just a bunch of people who use that trail and want to express their frustration to the State Fair," said Andy, a cyclist from New Berlin.

The Wisconsin Bike Fed says 1,500 bicyclists commute on the trail daily, relying on safe and convenient access to the trail.

Members of the group protesting Monday said they're frustrated at what they feel is a lack of communication.

"No warning. No notice what to do," said Monica Paprocki, cyclist from Milwaukee. "That just wasn’t planned out." 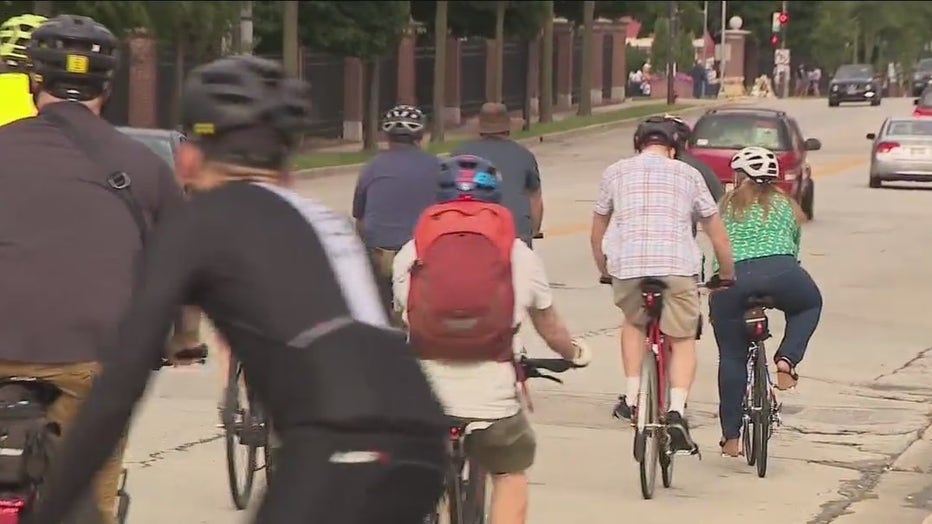 The cyclists said the rerouting options are dangerous, leaving them with nowhere to ride for the duration of the fair.

"It’s just crap traffic and no lefts," said Paprocki. "You can’t turn left on half the stuff."

The trail is scheduled to reopen Monday, Aug. 15. The fair ends Sunday.