MADISON, Wis. - Wisconsin Republicans moved ahead Tuesday, Jan. 5 with a fast-tracked coronavirus response bill that is opposed by Democrats and appears likely to be vetoed by Gov. Tony Evers. 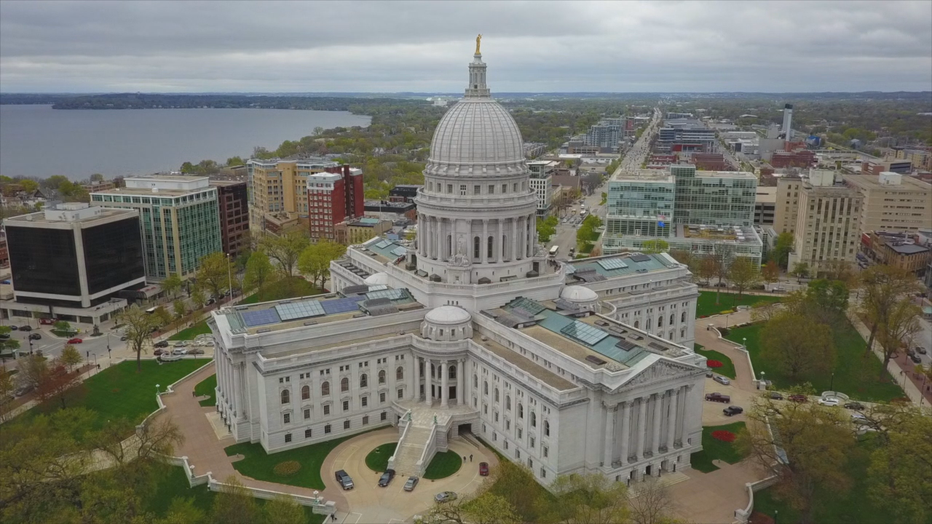 The Assembly Health Committee planned to vote on the bill after the hearing Tuesday when the public will have its first chance to weigh in. Committee approval will set up a vote on passage in the Assembly, where Republicans have a 60-38 majority, on Thursday. The GOP-controlled Senate could also approve it then, which would send the bill to Evers.

That would make it the first bill passed this session, which began Monday.

Republicans and Evers have been unable to agree on COVID-19 response measures since the Legislature last passed a bill nine months ago, early in the pandemic. Evers had been talking privately with Republicans for weeks, trying to find a compromise they could all support. Evers put forward a scaled-back bill two weeks ago that he said included items of agreement, but Republicans balked.

The latest Republican bill is not the compromise Evers or Democrats had been looking for.

Democrats object to provisions giving the Republican-controlled Legislature control over future federal coronavirus funding; prohibiting local officials from closing businesses due to a spike in COVID-19 cases for more than two weeks at a time; and exempting COVID-19 claims from civil liability claims.

The sweeping GOP bill also would bar employers or health officials from mandating the COVID-19 vaccine; require school boards to approve virtual instruction with a two-thirds majority vote ever two weeks; prohibit the state Department of Health Services from limiting public gatherings at churches; and allow residents at long-term care facilities one visitor.

The proposal extends the waiver of a one-week waiting period to obtain unemployment benefits until March, rather than until July as Evers wants. It would also require the state Department of Workforce Development to develop a plan within a month to address a backlog of unemployment insurance claims.

Evers' spokeswoman Britt Cudaback called the bill "disappointing" while Assembly Democratic Minority Leader Gordon Hintz called it a "politically divisive bill that prioritizes the wishes of their special interest backers over the public health needs and economic challenges of Wisconsinites."

The number of positive COVID-19 cases in Wisconsin peaked in mid-November and has been declining since, but the seven-day average has been slowly increasing over the past week. The average number of new daily cases over the last seven days was 2,255 on Monday. That was nearly a third of the mid-November peak, but slightly above the 1,934 average from last week.

To date, nearly 488,000 Wisconsin residents have tested positive and 4,884 have died, the state Department of Health Services reported.

Gun dealers say the spike in demand for guns and ammunition driven by the COVID-19 pandemic has not subsided in Wisconsin.

Aurora Health Care announced on Tuesday, Jan. 5 that some of its team members started receiving the second doses of their COVID-19 vaccine this week.