MILWAUKEE - Wisconsin on Friday began recounts of the presidential race in the state's two biggest and most Democratic counties. It's a longshot bid by President Donald Trump — who paid a required $3 million fee — to undo Joe Biden's victory. Trump, who lost by more than 20,600 votes in Wisconsin, has alleged “mistakes and fraud” in the two counties, though he has produced no evidence to back up his claims.

Some things to know about the recount:

WHY THESE TWO COUNTIES?

Biden's victory over Trump was fueled by Democrat-heavy Milwaukee and Dane counties, making them ripe targets for Trump to try and discount votes. The counties are home to Milwaukee, the state's most racially diverse city, and Madison, the state Capitol and location of the University of Wisconsin's flagship campus. Combined, Biden won the counties by a more than 2-to-1 margin.

WILL THE RECOUNT BE SAFE?

The recount brings together hundreds of people at a time when the coronavirus is ravaging Wisconsin, which has been one of the nation's worst COVID-19 hot spots for weeks. One in every 118 people in Wisconsin has tested positive in the past week. To help reduce the risk, both counties rented convention centers so that workers and observers can be properly distanced. In Milwaukee, where the recount will be conducted at the 186,000-square-foot Wisconsin Center, everyone inside was required to wear a mask, pass a temperature screening and maintain appropriate social distancing. Anyone not following those requirements will be ejected.

The recounts must be finished by a Dec. 1 deadline. Milwaukee County expects to be finished the day before Thanksgiving, an event widely expected to hasten the spread of the virus. Dane County is planning 16-hour days and wasn't expected to finish before the holiday. Both plan to use machines to recount the ballots, although Dane County started Friday with hand-counting from randomly selected precincts for an audit, as required by law.

WHO DOES THE RECOUNT?

Both county clerks are Democrats and are in charge of the recounts. They are bringing in many of the same poll workers who counted the ballots on Election Day to process the recount. In Milwaukee, workers will be arranged in two-table “pods,” with one worker at each table, and up to three observers allowed at each pod. The observers must stay 6 feet away, and plexiglass barriers will provide added protection. Four sheriff's deputies will provide security 24 hours a day until the recount is completed.

WHO CAN WATCH? AND WHAT ABOUT CHALLENGES?

Citizens can watch in person. Both counties said safety would be a priority; in Milwaukee County, on-site observers will have to go through security and a temperature check, and will have to wear masks.

As for challenges, representatives of both campaigns must be allowed to observe and challenge ballots, although they must “provide offers of evidence” to justify them. Disputed ballots are set aside to be considered by the canvassing board. Observers can also challenge the makeup of the board of canvassers and the procedures being followed.

The Trump campaign objected Friday in Dane County to the counting of all absentee ballots that do not have a corresponding written application on file and asked that all 69,000 absentee ballots cast in-person in Dane County not count. Trump attorney Chris Troupis argued that certification envelopes filled out by people who voted absentee in-person does not count under the law as a written application, even though it is identified as such.

The campaign was expected to make the same objection in Milwaukee County.

The Biden campaign objected, saying there is no requirement under the recount law to review the absentee applications. The attorney for Dane County, David Gault, agreed that the law does not require such a review.

The Dane County Board of Canvassers, controlled 2-1 by Democrats, voted against Trump's request and did not toss the ballots. 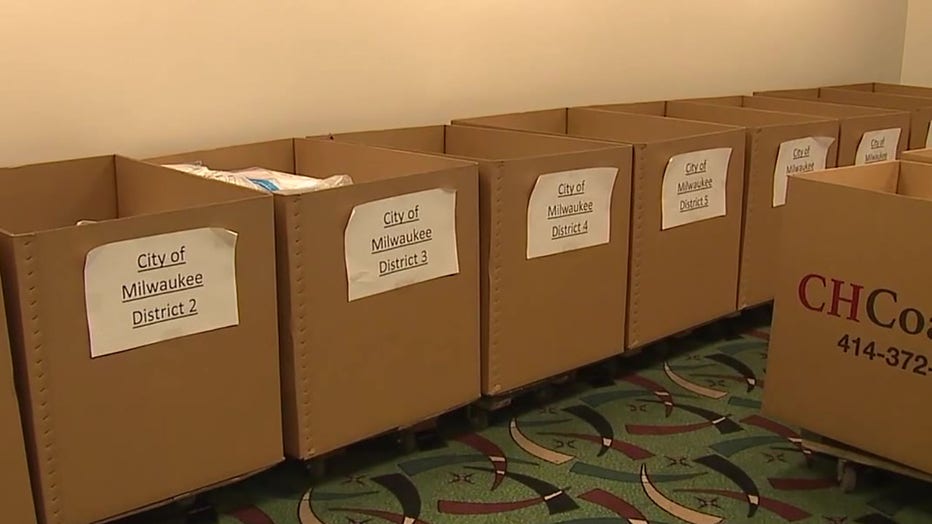 Ballots arrive at the Wisconsin Center for a Milwaukee County recount

WILL THIS CHANGE THINGS?

Not likely. Wisconsin's 2016 recount, which was statewide and was requested by Green Party candidate Jill Stein, barely moved the needle on any candidate's totals, netting Trump an additional 131 votes.

More broadly, there's no precedent of a recount changing the outcome of an election in which the margin between the top two candidates is as large as the one Biden holds over Trump.

There have been at least 31 recounts in statewide elections in the U.S. since the most famous one in Florida’s presidential election in 2000. The recounts changed the outcome of three races. All three were decided by hundreds of votes, not thousands.

Biden leads Trump by about 0.6 of a percentage point.

The entire Milwaukee County vote recount of the 2020 election will be streamed online starting Friday, Nov. 20.

WHAT HAPPENS WHEN IT'S OVER?

Once the recount is complete, the chair of the Wisconsin Elections Commission is charged with certifying the results by Dec. 1. But a lot can happen before then, including expected legal challenges. Trump's legal challenges in other states have been unsuccessful, but Republican supporters in Wisconsin have hopes that he may fare better before the state's conservative-controlled Supreme Court. 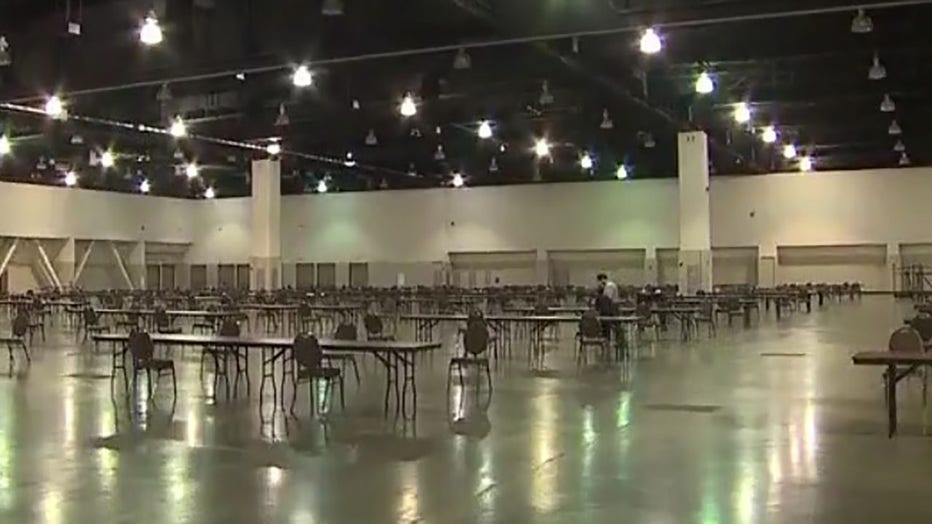 The Wisconsin Elections Commission has agreed to issue an order to recount ballots in two heavily liberal counties at President Donald Trump's request.

Officials on Thursday, Nov. 19 delivered ballots to the Wisconsin Center for the recount.