Wisconsin National Guard more active than ever over past year

MILWAUKEE - The Wisconsin National Guard was at every turn of 2020.

Thousands of guard members responded to domestic missions in response to the COVID-19 pandemic, elections, civil unrest and, now, the vaccine rollout.

Maj. Joe Trovato told FOX6 News that, in 2020, the state called the Wisconsin National Guard more than any other time in the organization's history.

"We’ve really prided ourselves on being that agile and adaptable force," Maj. Trovato said. 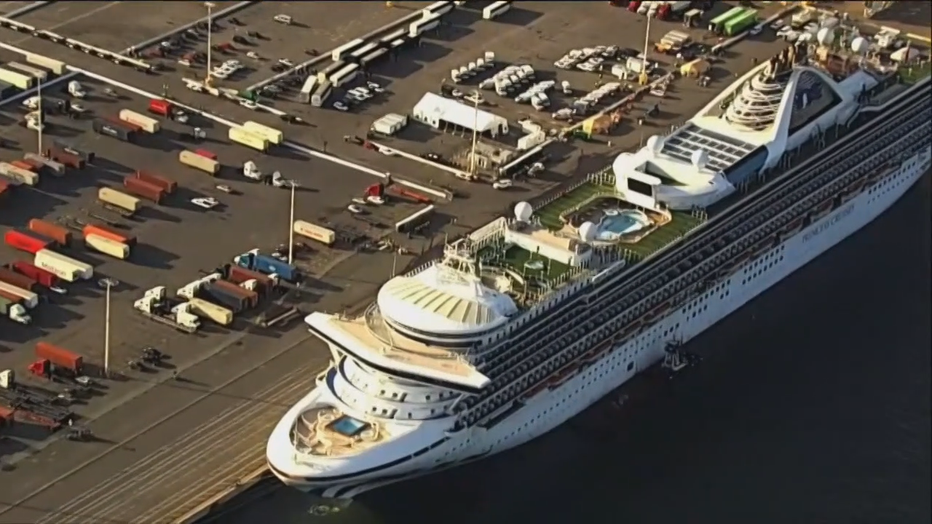 The first mission in the pandemic happened on March 15, 2020, when the guard helped transport cruise ship passengers who were exposed to COVID-19.

The National Guard has since worked alongside public health officials to establish long-term COVID-19 testing sites.

"These past 12 months have been the most active 12 months we’ve had," said Lt. Col. Daniels. "We sat down with the Wisconsin Elections Commission and they described where the need was." 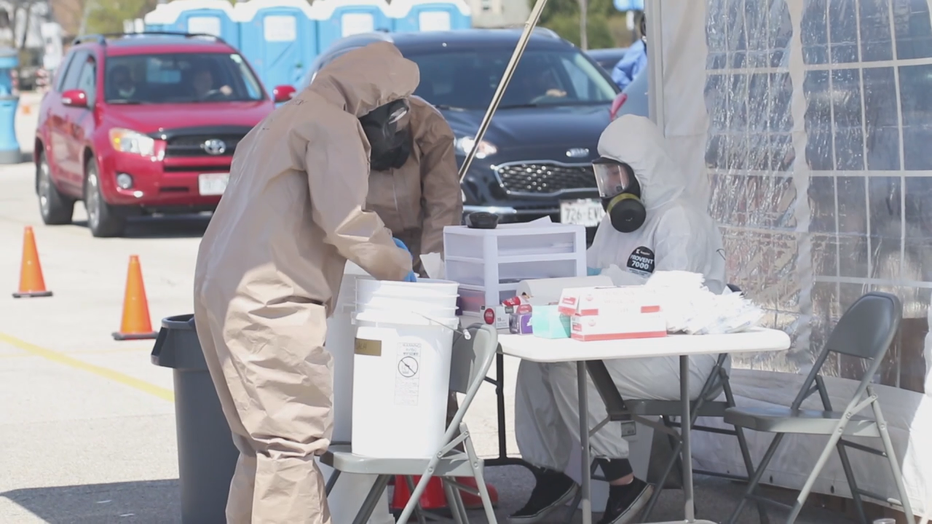 As summer rolled in, the death of George Floyd in police custody sparked nationwide protests and demonstrations. All the while COVID-19 cases were rising. The guard continued testing.

"It’s been an interesting time," Staff Sgt. Brent Sliva said. "When we had a lot of outbreaks it did get a little stressful…we always have our rest cycles that we can fall back on."

Staff Sgt. Sliva said testing for the virus somedays felt surreal. On those long days of testing, he said "thank yous" from the public went a long way: "Doing that type of stuff definitely caught me a few times." 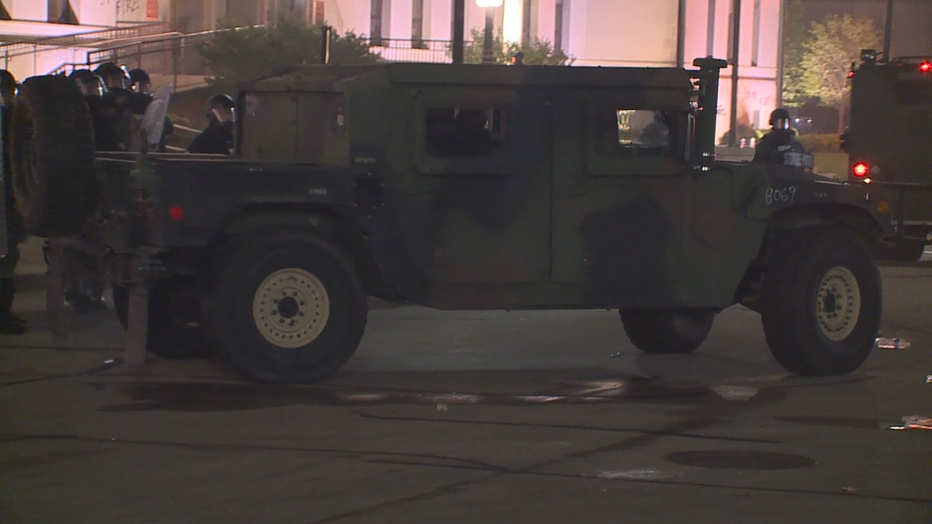 In August, the shooting of Jacob Blake by a Kenosha police officer once again sparked protests and unrest. More than 2,000 guard members responded to Kenosha County.

The guard was once again called protests and unrest in October, deploying to Wauwatosa in anticipation of a charging decision against a former police officer in a fatal shooting.

"I have tremendous respect for our service members and how very resilient they are," Lt. Col. Daniels said. 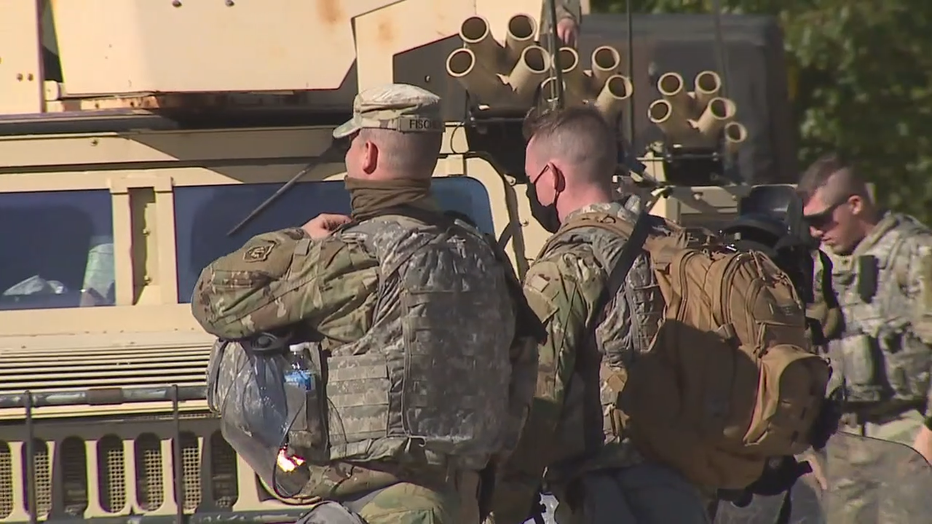 The need for their service at home did not stop soldiers and airmen from conducting their training, overseas deployments, or continue their COVID-19 response.

"Whatever 2021 brings for us I can assure you the National Guard is ready," said Lt. Col. Daniels.

Already in 2021, members of the guard were once again mobilized to Kenosha in January in anticipation of a charging decision in the Jacob Blake shooting case. 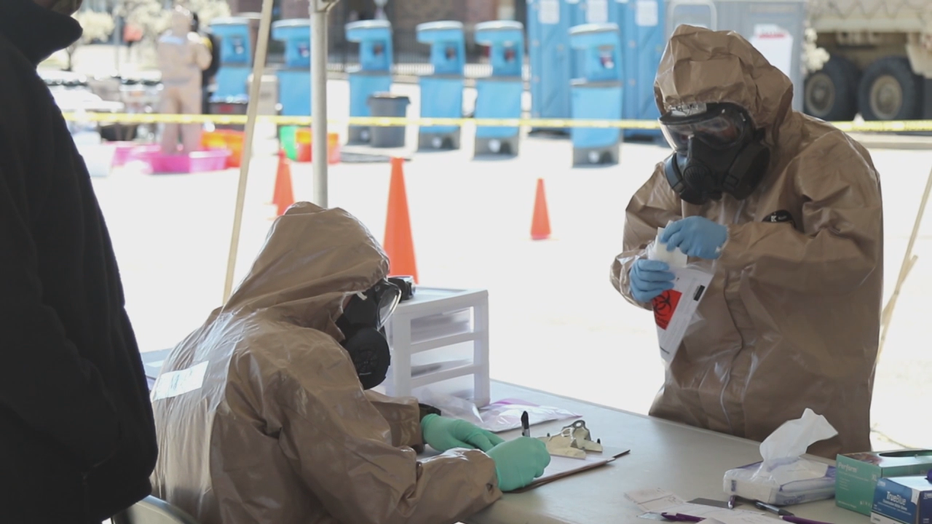 At this time, the Wisconsin National Guard is currently assisting in the COVID-19 vaccine rollout, proving true to their motto -- always ready, always there.

Wisconsin plans to greatly expand the number of people eligible for the coronavirus vaccine by about 2 million people.

The spring commencement is on at the University of Wisconsin. But it will look quite different.

What does a $1.9 trillion dollar relief bill mean for the country, Wisconsin, and your family?