Wisconsinites are not holding back in describing their frustration with rising fuel costs.

BRISTOL, Wis. - Wisconsinites are not holding back in describing their frustration with rising fuel costs.

There was anger and even some swearing as Wisconsin drivers take in this new price increase. 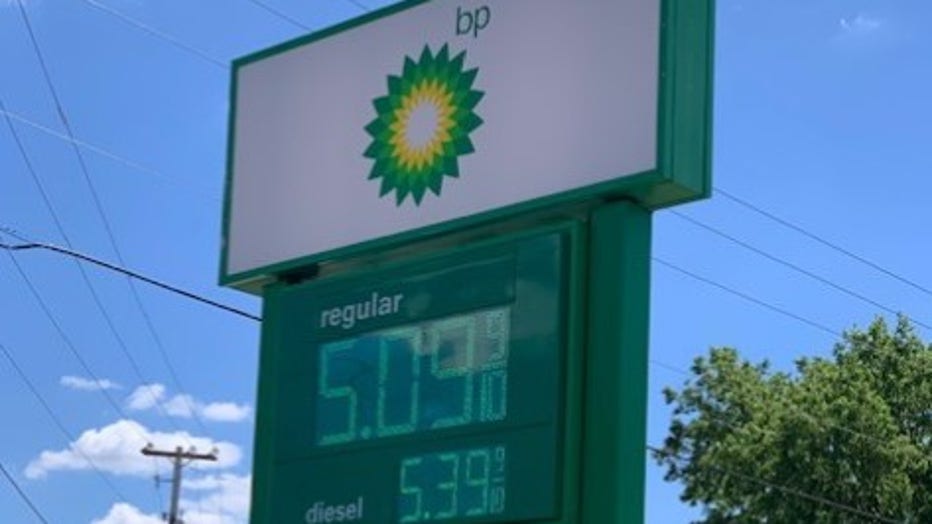 Several gas stations in Wisconsin are marking a first – like this one in Bristol.

For the first time, the Badger State is seeing the price of regular fuel surpass $5 per gallon.

"It hurts retired people, especially because we don’t have the money to start with," said Scott Hall.

So close to the state line, Illinois drivers are making the trip to Wisconsin, as some gas stations there are charging nearly $5.50 per gallon

Many are wondering why prices keep rising.

"Why? I want an answer," said Bailey.

We got some answers.

"Gasoline inventories in the Midwest have declined to their lowest level ever recorded in the month of May," said Patrick DeHaan of Gas Buddy.

Experts with gas buddy tell us there is a perfect storm of issues contributing to the shortage like a loss in refining capacity due to COVID shutdowns. But the biggest contributor to the problem is happening overseas.

"Basically a shortage of supply, high demand made worse by Russia’s war in Ukraine which is also driving up the price of oil," he said.

The problem is likely to get worse this summer before it gets better.

"We haven’t seen demand really pop and that’s what i am worried about that we will go higher before we go lower," said DeHaan.

One tip experts recommend for minimizing your gas usage is to slow down on the roads, because the faster you speed, the quicker you go through your fuel.