MADISON, Wis. - Wisconsin wildlife officials on Wednesday, Sept. 22 urged hunters to submit samples of the deer they kill to test them for chronic wasting disease, which is still spreading throughout the state after first being detected nearly 20 years ago.

"Every hunter has a role and obviously an interest in our deer population in the state," said Amanda Kamps, the state’s wildlife health conservation specialist. "And everyone has a role in protecting the overall health of the deer herd."

This year’s CWD monitoring program will complete a statewide sampling effort that began in 2018. This marks the second year in which 13 northeastern counties are the focus for collecting samples. Those counties are Brown, Calumet, Door, Green Lake, Fond du Lac, Kewaunee, Manitowoc, Marinette, Oconto, Outagamie, Waupaca, Waushara and Winnebago.

Chronic wasting disease is similar to mad cow disease. It attacks the deer's brain, causing the animal to grow thin, act abnormally and eventually die. The disease threatens the deer hunting industry throughout the Midwest.

The fatal, infectious disease was detected in five Wisconsin counties in 2002. Since then, it has affected 56 of the state's 72 counties, according to the DNR. The agency has conducted increased surveillance in recent years, with nearly 19,000 samples collected last year. Of those, nearly 1,600 from 23 counties tested positive. 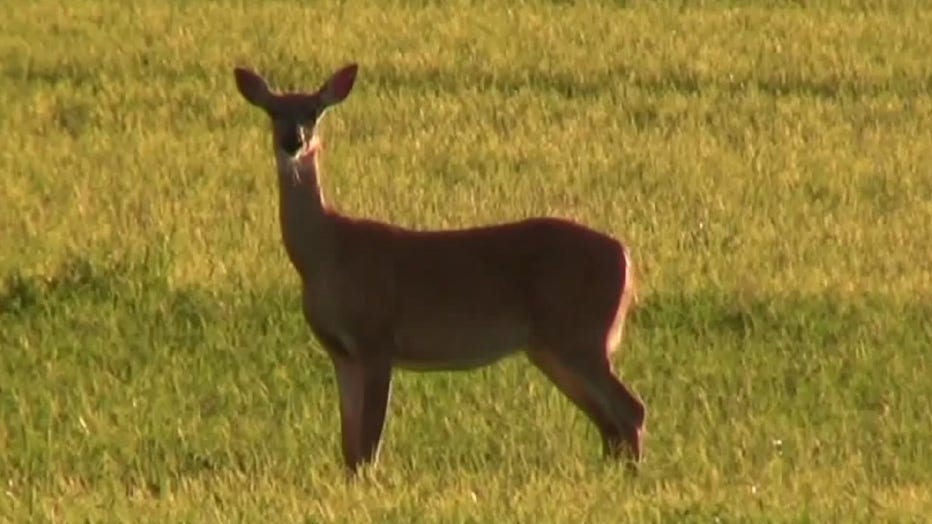 The vast majority of CWD positives in the wild herd were in southern Wisconsin counties near Mount Horeb, located about 15 miles southwest of Madison, where the disease was first found in the state.

Kamps encouraged hunters to take advantage of the free CWD testing. There are self-service kiosks open around the clock where hunters can drop off the deer's head for testing. Tests are also conducted by meat processors, taxidermists and other businesses that have contracted with the state to collect samples, Kamps said. At-home testing kits are also available.

Test results take about 10 to 14 days to return and no delays are anticipated due to the ongoing COVID-19 pandemic, she said.

"We’re not only managing for the short term, but we need to be thinking about what the deer hunting experience is going to be for the next generation," he said.

The DNR initially tried to persuade hunters to kill as many deer as possible in the hopes of eradicating the disease. But hunters and landowners refused to accept that approach. The backlash was so fierce that former Republican Gov. Scott Walker adopted a largely hands-off approach to the disease, focusing on tracking its spread rather than trying to stop it.

The DNR under Democratic Gov. Tony Evers has emphasized the research and monitoring of CWD rather than additional regulation to combat its spread.

Pritzl said regulators have to weigh what can be gained through additional mandates against getting voluntary support from the hunting community. He didn't say what, if any, mandates might be under consideration.

"It’s always been a challenge," he said. "In the end, we’ve got to keep the hunting community engaged and not alienated."

HAWS dog awaiting adoption, been at shelter for 1 year