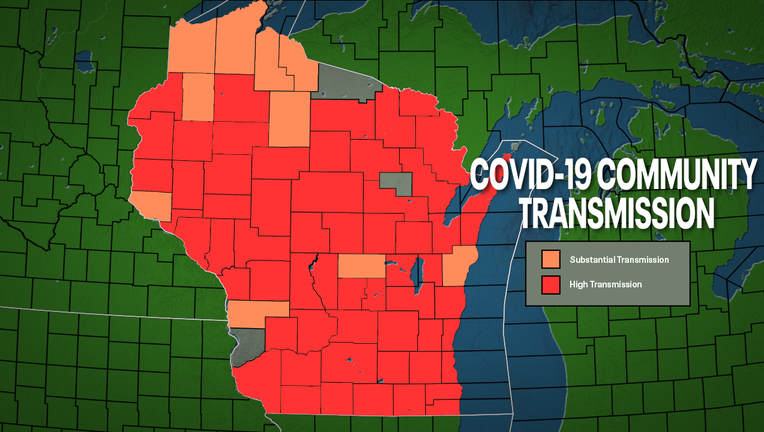 MADISON, Wis. - Wisconsin's rate of coronavirus cases on Monday reached a level not seen since the winter as the highly contagious delta virus variant fueled a fresh wave of cases.

The Department of Health Services reported the seven-day average for new cases reached 1,201 — the first time the average rose above 1,200 since early February. Over the past two weeks, the rolling average number of daily new cases has increased by 88%, according to Johns Hopkins researchers. Health officials also reported three more deaths, bringing the overall tally to 8,324 confirmed and probably deaths from COVID019.

Nearly all hospitalizations and deaths from COVID-19 now come from people who are not vaccinated, and state officials are pushing vaccination as the best tool against the virus. The state offered on-site vaccinations at the state fair last week, leading to 608 vaccine doses being administered. About 53% of the state’s total population is fully vaccinated.

"As the Delta variant spreads throughout our state, getting shots in arms is the best way to keep our each other and our communities safe," Gov. Tony Evers said in a statement.

A 29-year-old man is expected to face multiple criminal charges following the execution of a search warrant at a residence on Douglas Avenue in Racine on Aug. 12.

As kids head back to school, a Milwaukee hair salon is putting parents through some schooling, as well.