COVID-19 safety key as tailgating, other events near return

Wisconsin is seeing a rise in COVID-19 cases of late as larger events and traditions, like tailgating, are set to return soon.

The rise comes as larger events and traditions, like tailgating at American Family Field, are set to return soon.

Between the charcoal grills, ice-cold drinks and pregame adrenaline, tailgating has been as much of a staple as the games themselves.

That is why the Brewers wanted to bring the tradition back, with the Milwaukee Health Department's approval.

Starting Monday, the parking lots will again welcome tailgaters, only within their ticket pods, three hours before first pitch.

"That you're not mingling with others, that you're doing this but you're out there, you're having fun and you're socially distancing from the other groups. I think that's incredibly reasonable to do that," Graham said.

It is another reason Milwaukee Mayor Tom Barrett said he feels having smaller groups of fans outdoors is better than what the city saw on opening day weekend, as waves of fans traveled to bars instead.

"The feeling at the health department was this could be safer than having no policy whatsoever where people would meet somewhere else, do their tailgating and then come to the ballpark," Barrett said. 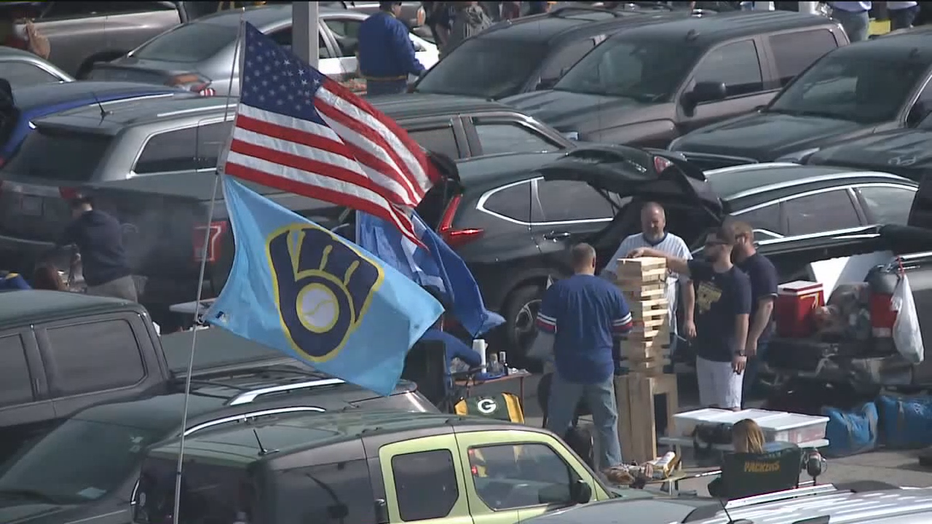 However, like anything else, Graham said whether it can be done safely comes down to fan behavior and following the guidelines set by the team.

"If somebody ruins it or decides not to follow it, they could ruin it for everybody else. So, it's important to do the right thing," said Graham.

Last weekend, the Brewers used just a fraction of the 12,000-plus parking spots on-site for fans. The team said it could easily space cars out more to promote social distancing.

Graham noted another layer of protection is getting the COVID-19 vaccine.

After months of the vaccine supply being a constraint for the city and county, officials said it is no longer a factor in getting shots in arms.

Health officials said it is only a matter of a few weeks before the U.K. variant becomes the dominant strain in Wisconsin.

The Common Council will vote next week to create a dashboard so residents can track how the city spends the money.