While media were not allowed inside, it was clear from outside the Wisconsin Center that Saturday was one of the busiest days downtown Milwaukee has seen in months.

MILWAUKEE - Thousands of people from across the Midwest came to Milwaukee, the Wisconsin Center hosting its first non-political event since last year.

From March 6-7, around 200 teams will play in the Wisconsin Juniors Volleyball Club Winter Classic Tournament.

While media were not allowed inside, it was clear from outside the Wisconsin Center that Saturday was one of the busiest days downtown Milwaukee has seen in months.

Each photo is a memory, capturing the first big tournament of the year for the Precision Volleyball club from Illinois.

"We actually played three games. We didn’t have a great day, but tomorrow is a new day," said parent Tonia Richter. 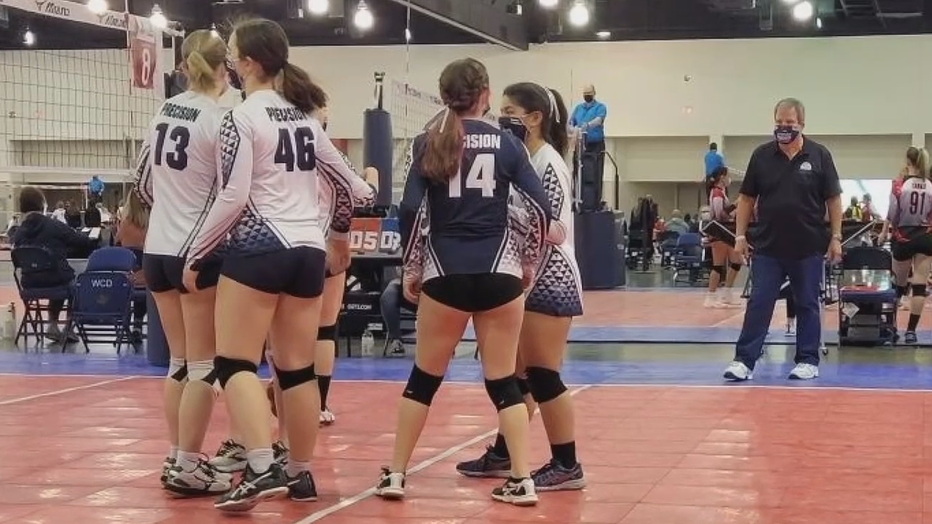 The team fueled up for Sunday at Major Goolsby's. The volleyball crowd filled part of the restaurant that hadn't been used in months.

"It’s great to have all the people that are over there, even though it’s limited, it’s something. Better than nothing," said Marty Petricca, manager at Major Goolsby's.

Petricca said the restaurant saw a 100% increase in business Saturday compared to recent weekends. And the tournament's impact is being felt all around the city, too.

"To bring 4,000 people in over the course of a weekend will certainly stimulate the economy in ways it hasn’t been stimulated in over a year," Peggy Williams-Smith, president/CEO of VISIT Milwaukee, said. 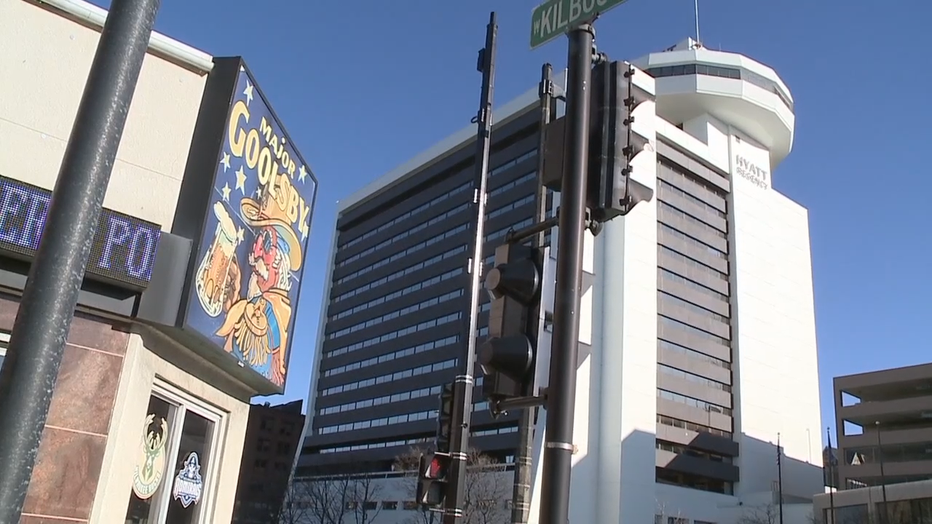 Teams are asked to leave the Wisconsin Center immediately after their games to limit the amount of people inside, meaning more time to explore Milwaukee.

"We’re going to an escape room...because we have a lot of time to spare," said volleyball player Braylin Bosetski.

The moments off the court, arguably just as important as each match.

"This is a big deal with these kids being together and being competitive with each other," Richter said.

All the parents who spoke to FOX6 News on Saturday said they felt people were well spaced out inside the Wisconsin Center and that proper safety precautions were being taken.

Bars from Milwaukee to Racine and in between are preparing for St. Patrick's Day. Some are hoping for a good turnout, while others are just happy to be open.

As more people are vaccinated, the question arises: What safety protocols should vaccinated people take?