It all started over funding for the Wisconsin Black Historical Society Museum; Republicans voted to strike the funding from Gov. Tony Evers' budget.

"You don’t have the floor, you’re not going to sit there and just debate me and be disrespectful," said Rep. Mark Born (R-Beaver Dam).

Born and State Sen. LaTonya Johnson (D-Milwaukee) debated $173,000 in funding for the museum, located in Milwaukee. Republicans voted to strip the funding, saying it is not something anyone wanted.

"The Historical Society didn’t ask for it. This wasn’t in their budget," said Born. 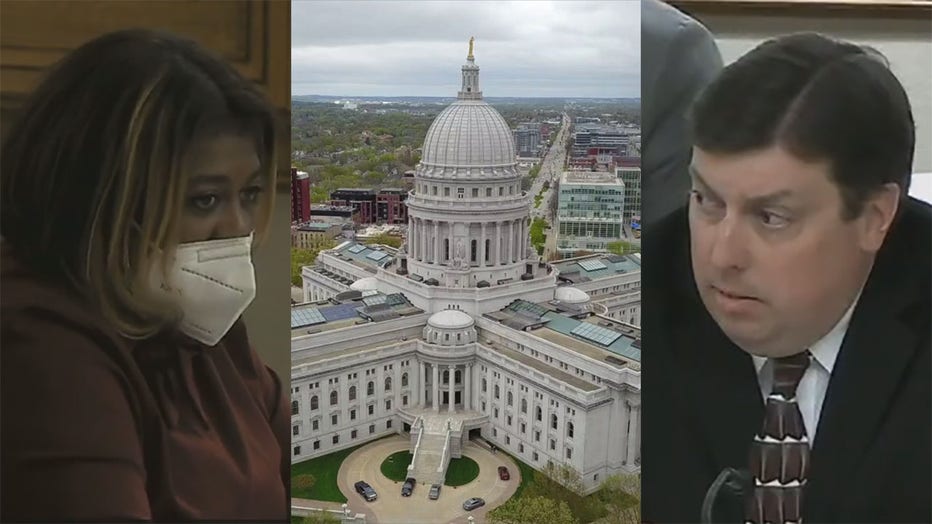 "To strip out this one piece, to leave it out speaks volumes," Johnson said.

The debate got heated as Born said the state GOP supports diversity.

"If you want to look at just Black history, you can stop by the third floor of East and see a Black history display that’s in the case there," Born said.

Johnson took to Twitter with a picture of the display, calling Born a "racist ass."

"What he said was so insulting. To think you could reduce someone’s culture to a display case and two poster boards and not find anything offensive to that," said Johnson.

Johnson said she stands by her words and is disappointed by what she says is hostility toward people of color at the Capitol – the budget debate highlighting that.

"That was insulting. Not only was it insulting, it was racist," said Johnson.

FOX6 News reached out to Born's office by phone and email but did not hear back.

During Tuesday's Elmbrook School Board meeting, many parents spoke out against, and some for, critical race theory being incorporated into the curriculum.