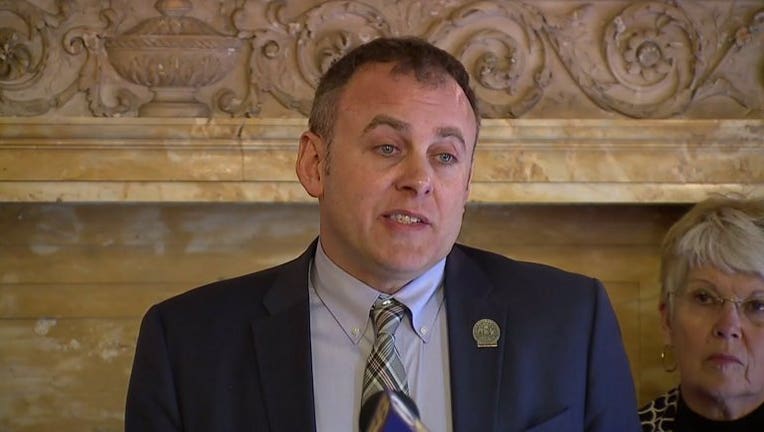 MADISON, Wis. - The Wisconsin Assembly Democratic leader on Thursday called for four Republican lawmakers to be removed from a key committee for signing a letter asking Vice President Mike Pence not to certify the presidential election results.

Fifteen Republican Wisconsin Assembly members were among more than 100 lawmakers from five states who signed onto a letter dated Jan. 5, the day before the riot at the U.S. Capitol, asking Pence not to certify election results. Four of them are members of the Assembly Campaigns and Elections Committee, including Chairwoman Janel Brandtjen and Vice Chair Joe Sanfelippo.

Democratic Minority Leader Gordon Hintz called on Republican Assembly Speaker Robin Vos to remove the four from the committee, saying the letter "calls for sedition, plain and simple." Vos did not immediately return a message seeking comment on Hintz's request.

"Anyone using their elected position to promote the lie that the presidential election was stolen or reckless enough to call for sedition should be kept as far away from Wisconsin’s election laws as possible," Hintz said.

Lawmakers from Wisconsin, Michigan, Pennsylvania, Arizona and Georgia asked Pence in the letter for at least a 10-day delay in certification of the vote so they could investigate the election.

The Republicans on Wisconsin's elections committee who signed the letter are Reps. Brandtjen, Sanfelippo, Jeremy Thiesfeldt and Dave Murphy.