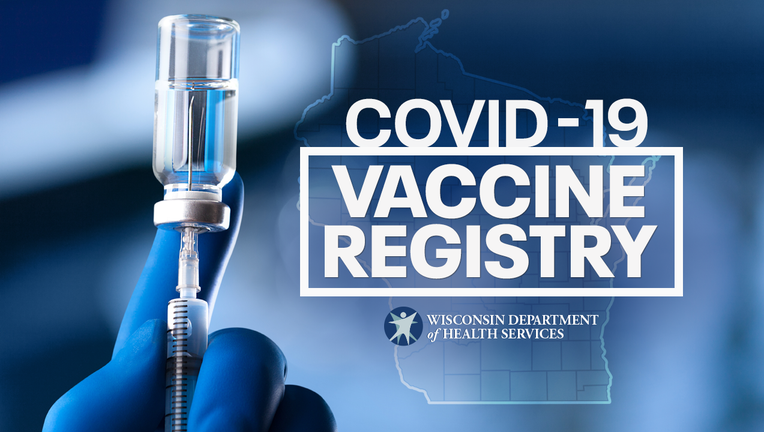 MADISON, Wis. - A state-run COVID-19 vaccine registry touted as a one-stop-shop for people seeking vaccinations in Wisconsin was set to launch by the end of the day Monday, March 1.

The registry announced last month was to go live the same day that teachers, child care workers and others in a group of about 700,000 became eligible for the vaccine and were scrambling to find where to get inoculated.

The Wisconsin Department of Health Services last month said the registry would start Monday and would be a "central place to let people know where and when they can they can get vaccinated, and let them schedule an appointment." The registry was not operating as of Monday afternoon, but a health department spokeswoman said it would be running by the end of the day.

"The site will initially target our citizens within the vicinity of our state community based vaccination centers," department spokeswoman Elizabeth Goodsitt said.

The state was not broadly advertising the registry until counties that are currently using it work through wait lists, she said. The state is working with about a dozen local health departments to make sure the registry works as intended. The state health department has an existing website that has a searchable map of current vaccine providers, but no way for people to register or make appointments.

The registry was going live on the same day that teachers and others joined frontline health care workers and those over age 65 as being eligible for the vaccine.

State health officials said they were prioritizing teachers as some large districts that had been closed to in-person learning since last year, including Madison, plan to reopen this month.

The difficulty finding vaccinators has been a frustration nationwide, with people having to navigate a web of local providers to determine who has doses available. When plans for the Wisconsin registry were announced on Feb. 18, Gov. Tony Evers said it would "make it easier for the public to get vaccinated, and assist vaccinators in tracking available supply."

It was described as a place where people could answer several questions to determine if they are eligible to be vaccinated and make an appointment. For those not eligible, or if no appointments were available, the registry was to put people on a waiting list. A telephone hotline for people to call for assistance was also promised to be available on Monday, but had not yet launched.

In Wisconsin, 8.5% of the population, more than 492,000 people, had received both doses. More than 912,000 people had received at least one shot, according to the state health department.

Last week, 233,888 doses of the vaccine were administered in Wisconsin, the most of any week since vaccinations began, the health department said. That was about 16,000 more doses than the previous high set the week of Jan. 31.

More vaccine is about to come into the supply chain for Wisconsin and other states with the approval over the weekend of the single-dose Johnson & Johnson vaccine. State health officials did not have an immediate estimate of how many doses they expected from that supplier or when it would arrive.

The number of positive cases of COVID-19 in Wisconsin rose by 308 Monday, March 1, officials with the Wisconsin Department of Health Services reported, for a total of 564,268.

Those with chronic conditions wait for vaccine in Wisconsin

The state has departed from Centers for Disease Control and Prevention guidance by not prioritizing individuals with chronic health conditions as it rolls out coronavirus vaccines in Wisconsin.