We're getting a firsthand look at a wild night for the Whitefish Bay Police Department.

WHITEFISH BAY, Wis. - Two Milwaukee teenagers have been charged in connection to a pair of Whitefish Bay police chases.

Trystien Homan, 18, and Isaiah Wilson-Deberry, 17, are charged with multiple counts related to the November pursuits.

Criminal complaints state police spotted two vehicles that appeared to be driving together near Oakland Avenue and Lake Drive shortly before 2 a.m. on Nov. 29. The vehicles – a Hyundai and a Chrysler minivan without license plates – were speeding up and slowing down.

Police called for help in an attempt to stop both vehicles, the complaint states. The initial officer did stop the Chrysler and ordered the driver to throw the keys out the window – but the driver sped off, prompting the pursuit.

The Chrysler drove down Hampton into Glendale, the complaint states, at times driving on the wrong side of the road as it ultimately reached speeds as high as 55 mph. The minivan kept moving despite having crashed and lost a tire. At one point, stop sticks were used. It stopped near Hopkins Avenue in Milwaukee, and a driver and passenger began fleeing on foot.

The initial officer chased the driver, since identified as Homan, on foot before ultimately arresting the teen. The teen passenger was also arrested. The pursuit stretched more than three miles.

Police later spoke to the Chrysler's owner, who said Homan had permission to use it – but only for work purposes.

Another officer spotted the Hyundai on Courtland Avenue, just south of Hampton, and initiated a traffic stop after running its plates to confirm it was the suspect Hyundai. The driver, however, ran a stop sign at Ardmore and began speeding up as it continued to run stop signs through the neighborhood.

The Hyundai turned north onto Wilson Drive and briefly lost control before it continued to flee, the complaint states. The Hyundai headed west on Hampton and north on Port Washington Road – running the light at Henry Clay Street. It crashed into a pole as it tried to turn west onto Silver Spring Drive. 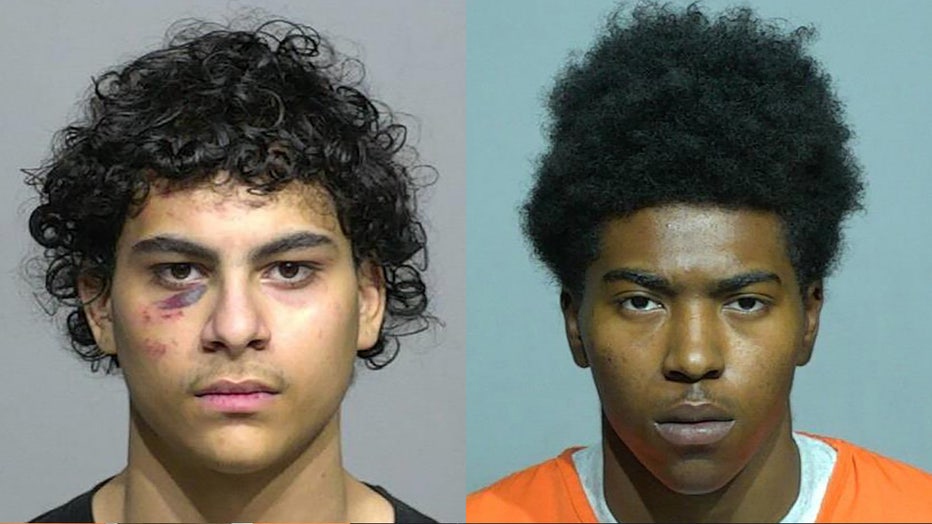 The driver got out and began running as smoke rose from the Hyundai, ignoring the officer's orders to stop, according to the complaint. The driver, since identified as Wilson-Deberry, was arrested with assistance from a K-9. The pursuit lasted a little more than two miles, and the Hyundai reached speeds of more than 65 mph.

The complaint states the Hyundai had damage to the ignition consistent with tampering seen in stolen cars. The Hyundai was heavily damaged, and its owner confirmed it was stolen.

Homan is charged with fleeing or eluding an officer and obstructing an officer. He made an initial court appearance on Dec. 1 and is due back in court on Dec. 20.

Wilson-Deberry is charged with driving or operating a vehicle without the owner's consent, fleeing or eluding an officer, and resisting an officer. He made an initial court appearance on Dec. 1 and had a preliminary hearing on Dec. 15; he pleaded not guilty. His next court appearance is scheduled for Jan. 25.

The Twin Lakes Police Department announced two men have been arrested for homicide after a missing man's remains were found in November.

An 18-year-old Milwaukee man is accused of discharging a gun near South Division High School. The accused is Dyondre Alexander.